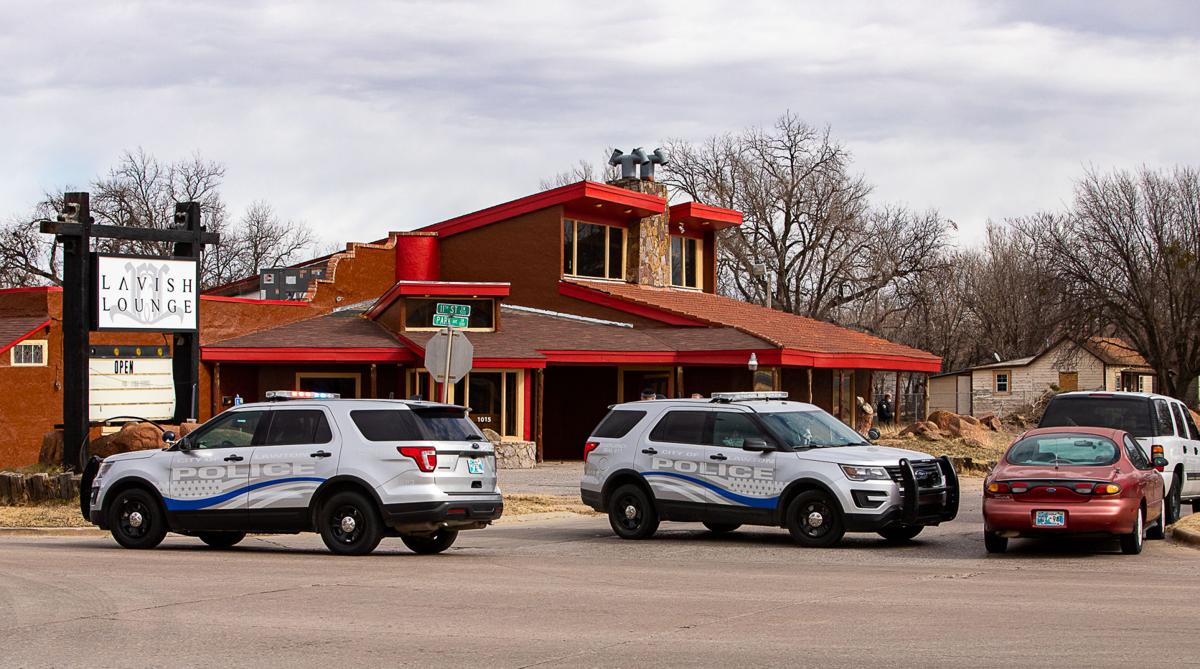 Police surround the perimeter of Lavish Lounge, 1015 SW Park, the morning of Jan. 17. where a 24-year-old Lawton man was killed  following a run-in with Lawton police. 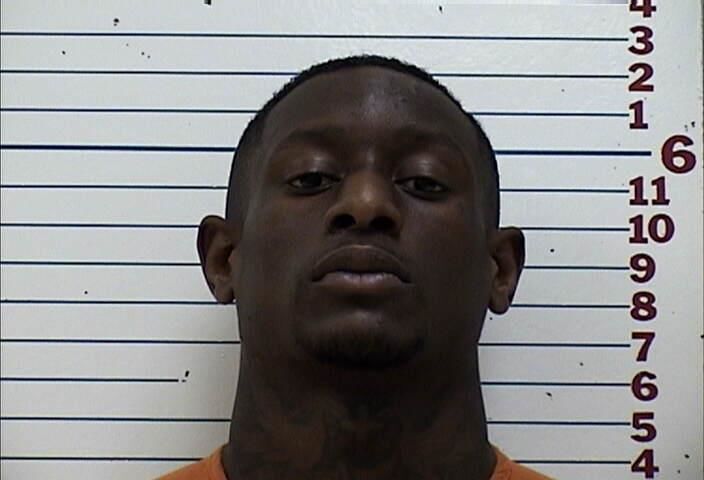 The initial autopsy report of a 24-year-old man killed by police in January shows he was shot twice in the chest and once in the foot.

Zonterious Johnson died the morning of his birthday, Jan. 17. He was shot around 4 a.m. near the Lavish Lounge, 1015 SW Park. He died at 4:28 a.m. at Comanche County Memorial Hospital.

Although his death from gunfire by Lawton police has been ruled a homicide and is under investigation, Dr. Leonardo Roquero’s findings confirm police accounts that he was facing police when the shots were fired. Police said he was holding a gun and that he’d been told to drop it.

A 9mm handgun was recovered by investigators and spent 9mm casings were reportedly found outside the lounge.

The Constitution is scheduled to receive the full autopsy report on Friday, according to the Medical Examiner’s office.

Because the shooting involved a police officer, the Oklahoma State Bureau of Investigation (OSBI) is handling the investigation.

Lawton Police Chief James T. Smith has said officers were called to the venue to conduct a compliance check around 3:30 a.m. Police reported a large number of people were outside when they arrived. While officers were inside the building, shots were heard fired from outside. A bullet hole was visible in one of the windows facing Park Avenue.

Venue owner Seth Fleming has told The Constitution the club was closed to the public when events unfolded. He claims the gunfire came from police inside and that a second, rubber bullet was fired inside by an officer.

Smith said no shots were fired by Lawton police officers, inside or outside the building and that no rubber bullets were fired.

With the completion of the Medical Examiner’s autopsy report, it is expected the OSBI will soon turn over its investigation report to the Comanche County District Attorney’s Office to determine if charges are warranted.

The Constitution has filed a Freedom of Information Act (FOIA) request with Lawton police, as have many media outlets, for the release of the police body camera video. So far the video has not been made available to the media.

The Lavish Lounge also was the site of a Saturday morning shooting incident that left two people wounded. There is no apparent connection between this and the January shooting.

Police were called around 2:20 a.m. on the report of shots fired but, according to the report, Fleming told police there’d only been a “minor scuffle.” Police left the scene.

Less than 30 minutes later, officers met with two gunshot victims at Comanche County Memorial Hospital, a man and a woman. Each identified a man named Errick Rashaun “Active” Sheppard, 26, and a woman as the shooters.

Sheppard was arrested at Memorial the same morning while he was being treated for facial injuries. According to police, he made repeated attempts to escape before being Tasered in the face and taken into custody.

Officers learned he had several outstanding warrants out of Texas, as well as an extensive history of violent crime, according to his arrest report.

Sheppard made his initial appearance Tuesday in Comanche County District Court where he received two counts of assault and battery with a deadly weapon, possession of a firearm while on probation and a misdemeanor count of resisting police, records indicate. The assault charges are punishable with up to life in prison.