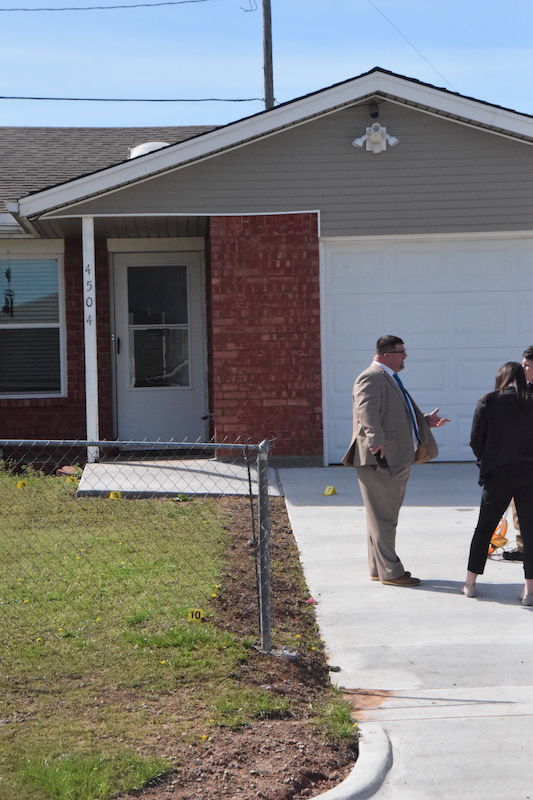 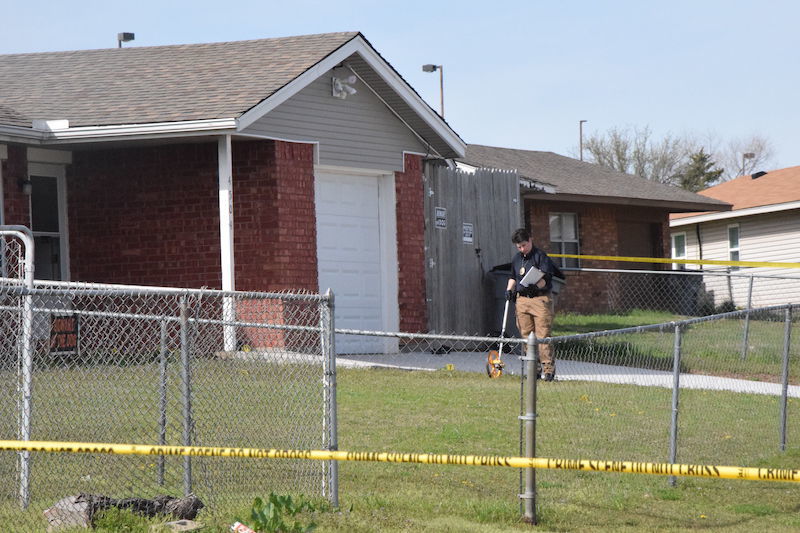 An unidentified Lawton Police Crime Scene Investigator marks off measurements of evidence in the yard of 4504 SW Park following a Wednesday morning shooting death, the city’s seventh homicide of 2020.

An unidentified Lawton Police Crime Scene Investigator marks off measurements of evidence in the yard of 4504 SW Park following a Wednesday morning shooting death, the city’s seventh homicide of 2020.

The Wednesday morning shooting death of Darian Harris on the porch of 4504 SW Park in Lawton has police investigating the city’s seventh homicide of 2020.

Lawton police were called at 3:55 a.m. to 4504 SW Park on the report of a shooting. Darian Harris was found by responders to be dead on the porch, according to Sgt. Tim Jenkins, LPD information officer. He was described as “a young black male” but Jenkins didn’t know his age.

What led up to the shooting is unknown. Jenkins said there were no witnesses at the house.

“We’re talking to family and friends to find out who he associates with and what they may know,” Jenkins said.

It was just over a month ago when a similar design marked the 4500 block of Southwest Park.

On the afternoon of Feb. 14, police found Quashawn Bell, 28, and Mari Medina, 29, dead inside the home of 4509 SW Park. According to the State Medical Examiner, Bell shot Medina in the head before turning the gun on himself.

“I can’t remember the last time we had three deaths on the same block in a two-month period,” Jenkins said.

Police are continuing to investigate the city’s last homicide.

Caleb Kosechata, 24, was killed by a hit and run driver the night of March 9. He was struck while walking in the 1100 block of South Sheridan Road. No suspect has been identified.