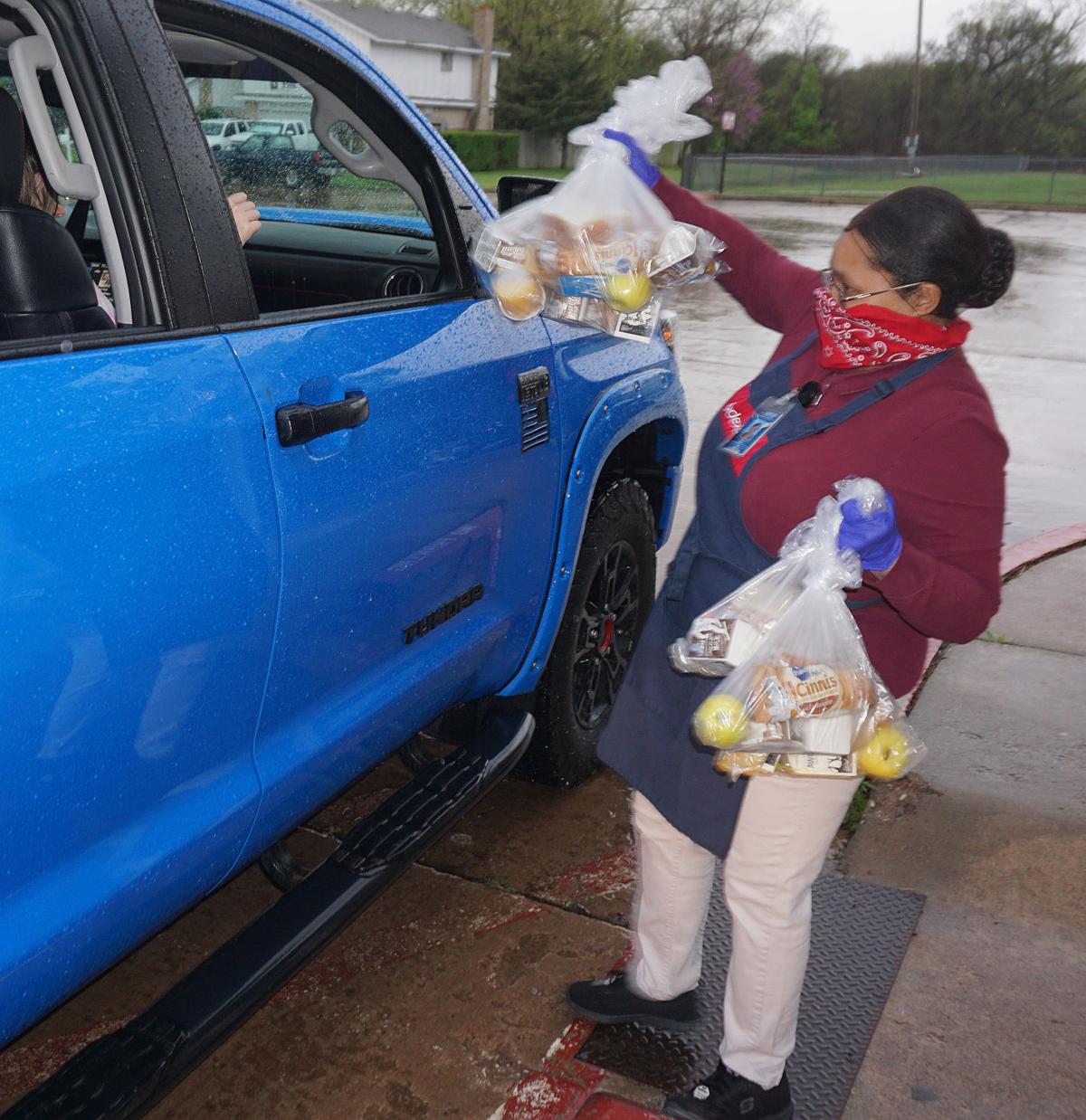 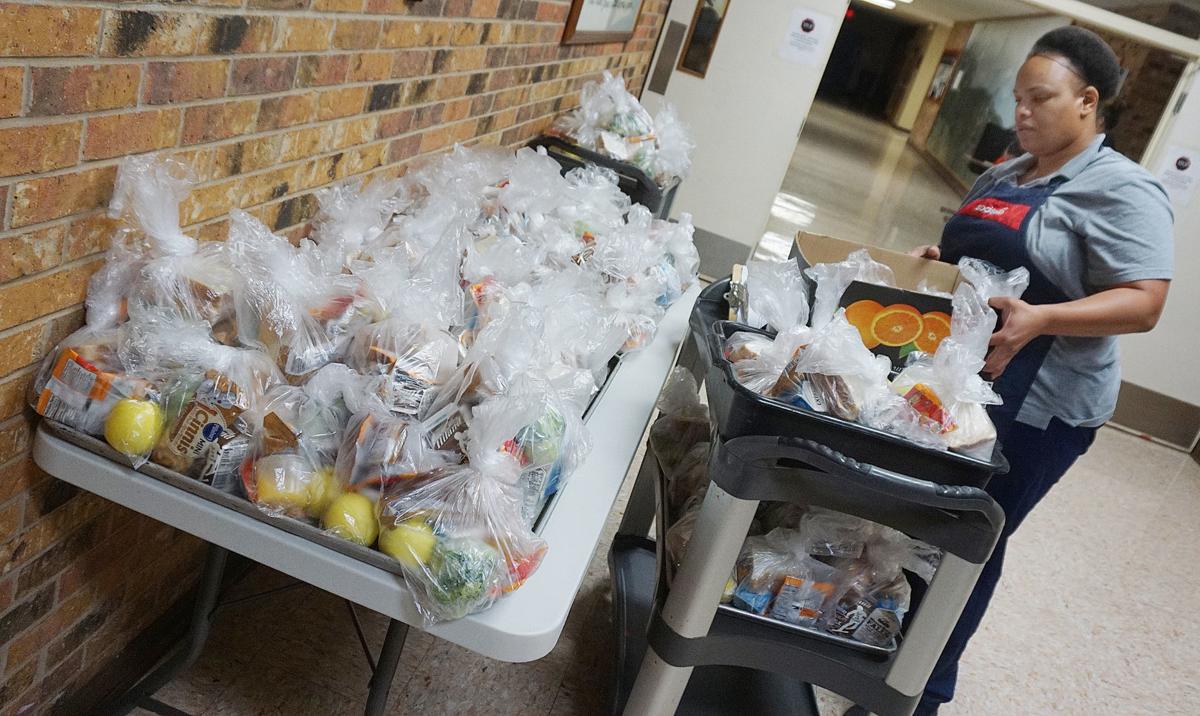 Monica Graves, a member of the cafeteria staff at Hugh Bish Elementary, packs up lunch bags for students on Monday. Hugh Bish not only had meals ready to be picked up, but also sent meals with LPS bus drivers to deliver meals to students at home.

Monica Graves, a member of the cafeteria staff at Hugh Bish Elementary, packs up lunch bags for students on Monday. Hugh Bish not only had meals ready to be picked up, but also sent meals with LPS bus drivers to deliver meals to students at home.

When Lawton Public Schools cancelled school to try and stem the spread of COVID-19, one would assume most students would be pretty thrilled.

But for some, school represents a chance to get a warm meal that might not otherwise be there. So while students are quarantining at home, Lawton Public Schools is making sure no child, LPS student or not, misses a meal.

Twenty-one LPS campuses have already been used as “grab-and-go” feeding sites for anyone 18 and under in need of a meal while school has been closed. Now, youths are also able to get meals delivered to them. Jay Hunt, the transportation director for Lawton Public Schools, said the school district does not typically deliver meals. However, he took the normal bus routes used for transportation, and modified them to find good meeting points for people who live too far to drive and get meals. So cafeteria staffs gathered meals at the feeding sites, and buses picked up meals and delivered them to families. In total, there are more than 30 sites where meals are being delivered. Recipients do not have to be Lawton Public Schools students, just 18 years or younger.

“I was able to create some small, abbreviated routes for our schools that needed deliveries,” Hunt said. “They’re not the full bus route for those schools, but we picked some stops for people who may live too far from a school to walk safely there.”

The buses are being driven by the same drivers who work for LPS during the school year. Even though school is out, the drivers would still be getting paid, Hunt said. Driving the routes is just something they are doing out of their desire to help.

“They are getting administrative leave pay so this is something they’re doing just out of the goodness of their hearts,” Hunt said. “They want to see these kids eat and not go hungry.”

Hugh Bish Elementary has done grab-and-go before, but Monday was the first day deliveries were being loaded at the school and taken to the masses. Hugh Bish principal Amy Wilcox said there were at least 50 delivery orders being sent out, and that her school had already been handing out close to 90 meals on a daily basis.

“Originally, we were not a feeding site and we were not delivering meals out,” Wilcox said. “But we identified at least 50 students who are bused in from farther out and who could use meals right now.”

At the school, Wilcox and a small crew of employees, mostly from the cafeteria, put together bags of food to be handed out or delivered. Each person must have their temperature checked before entering the building and is given gloves to wear upon entry. Wilcox said the cafeteria staff members have been the true unsung heroes of the whole endeavor.

“I have a fabulous cafeteria staff who have worked the summer feeding programs at other sites and who know these kids,” Wilcox said. “Their main goal is to make sure these kids get fed.”

AVAILABLE TO ALL KIDS AGE 18 AND UNDER • NO FEE / REGISTRATION