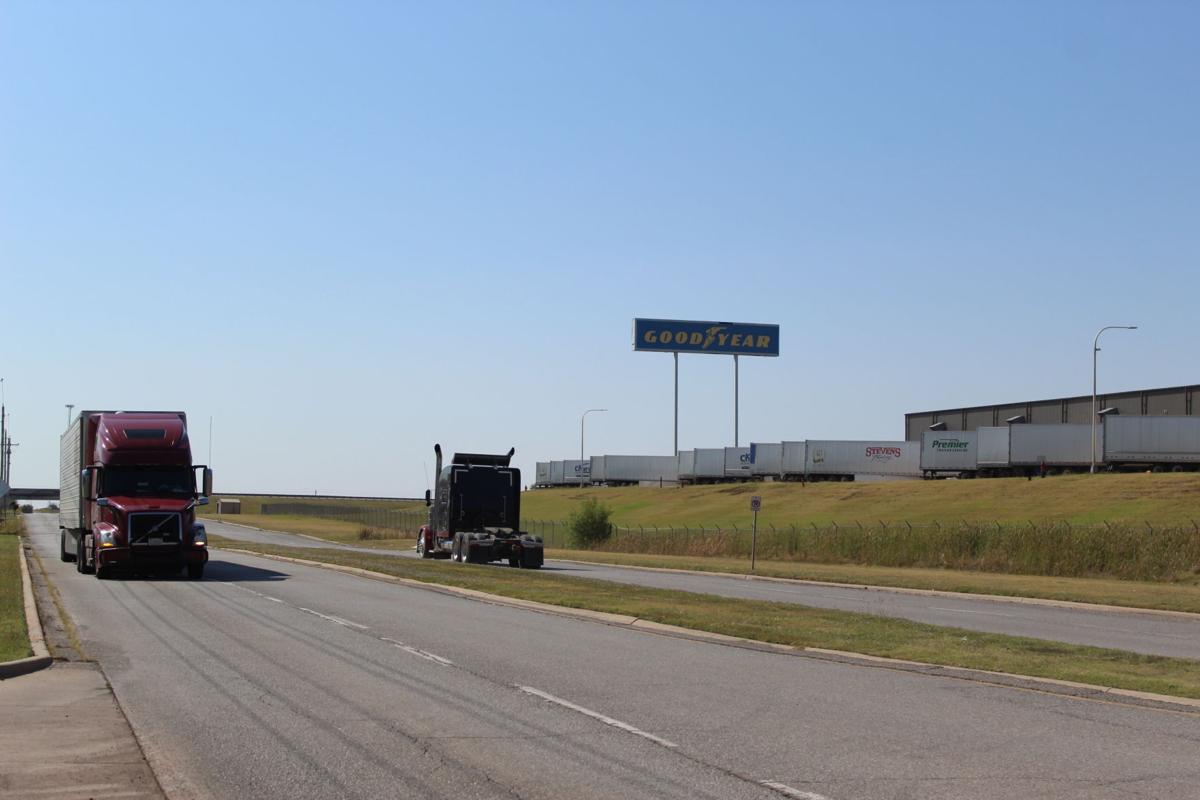 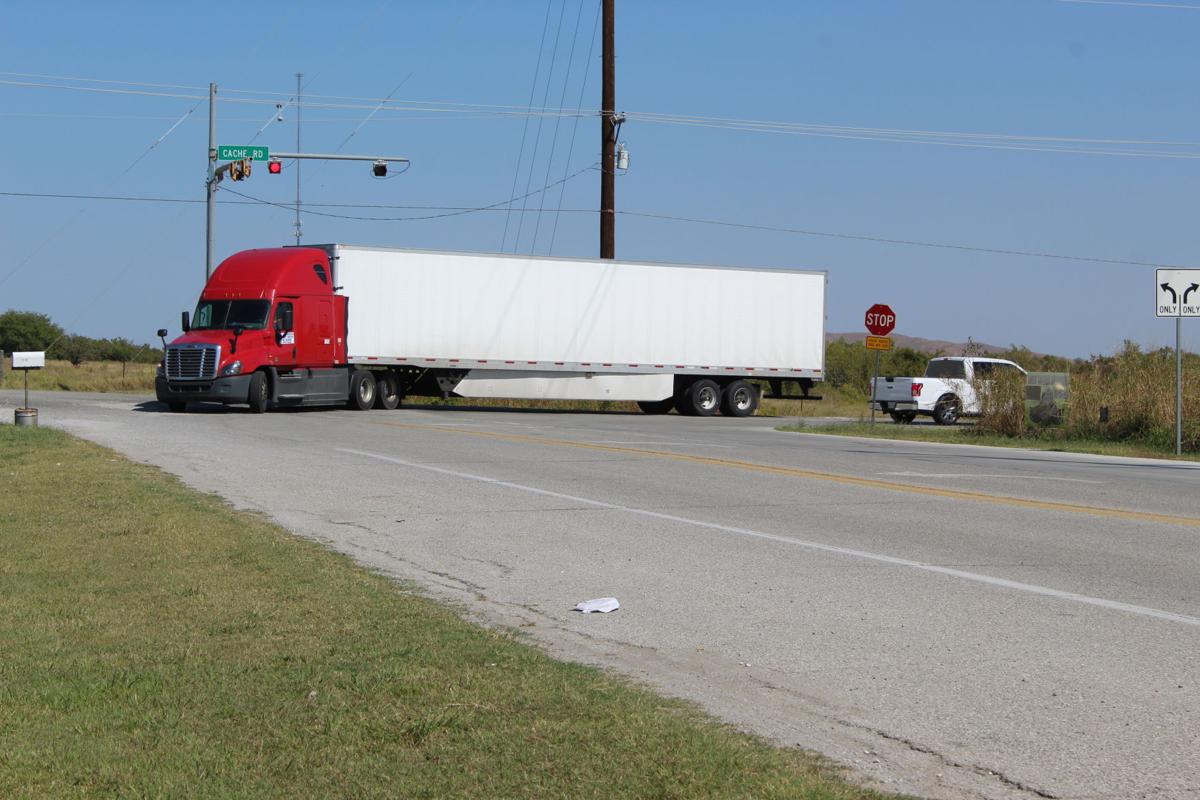 A truck turns off Cache Road onto Goodyear Boulevard Wednesday, after traveling through Lawton to get to the west industrial park. State officials have designated $16 million to help fund a plan to change how trucks access the industrial area, via a new bypass.

A truck turns off Cache Road onto Goodyear Boulevard Wednesday, after traveling through Lawton to get to the west industrial park. State officials have designated $16 million to help fund a plan to change how trucks access the industrial area, via a new bypass.

$16 million is included in the Oklahoma Department of Transportation's Construction Work Plan for a bypass for Lawton's west industrial park.

Project, estimated at $18.3 million, would extend Goodyear Boulevard beyond its termination point at Cache Road, extending north to link into the U.S. 62/Rogers Lane overpass on Lawton's western edge.

Lawton leaders are a step closer to a bypass for the west industrial park, courtesy of increases in federal and state funding.

That bypass is one of the major urban works among the 300 projects the Oklahoma Department of Transportation was able to add to its eight-year Construction Work Plan for 2022-2029 because of an influx of federal grants and additional state funding. ODOT officials said earlier this week the overall effect to the work plan was maximizing new dollars to plan for more than 1,600 critically needed highway construction and safety projects.

The action was achieved through restoration of $180 million in state appropriated funding and anticipated action to increase the annual funding cap in the Rebuilding Oklahoma Access and Driver Safety to $590 million (it had been $575 million). Oklahoma also is one of the first states to take advantage of the federal Transportation Infrastructure Finance and Innovation Act (TIFIA) Rural Project Initiative at the U.S. Department of Transportation to accelerate rural, two-lane improvement projects already in the Eight-Year Plan. Use of low-interest TIFIA loans helps increase funding for Oklahoma to add more projects.

Commissioners also approved a $484 million investment in preventative maintenance through the companion Asset Preservation Plan for 2022-2025.

The news is good news for the City of Lawton, whose leaders support the bypass proposal because of its benefit to industrial park tenants and the city itself. As envisioned, the bypass would take Goodyear Boulevard beyond its existing termination point at Cache Road, extending the road north to link into the overpass on Lawton’s western edge that links U.S. 62 and Interstate 44 via Rogers Lane.

“We will take that (recommendation) to the City Council for action,” Rogalski said, explaining that with confirmation from ODOT the project has been set for funding in the 2025 federal fiscal year, plans will move forward on what was projected to be an $18.3 million project.

ODOT’s eight-year master plan specifies an estimated $16 million “in operational and access improvements” at U.S. 62 and Goodyear Boulevard (the west industrial park’s primary arterial), done in partnership with the City of Lawton.

City officials have said the project will provide a more direct route to the tenants of the west industrial park because a majority of the truck traffic that serves those tenants comes from the north and west.

Rogalski said city officials still are looking at another project that would provide a south industrial bypass, also linking to Interstate 44. He said that southbound traffic now comes back into Lawton via West Lee Boulevard to use Southwest 82nd Street to link to Oklahoma 36, then back to Interstate 44. City officials plan to seek funding from American Rescue Plan Act for that project.

Rogalski said both projects serve the same purpose: a more direct route for trucks while removing the heavy vehicles from city arterials, lengthening the life of roads intended to serve regular passenger vehicles.

EST was retained in June 2020 to develop conceptual designs.

After analyzing multiple proposals, the council and city transportation boards favored a plan that extends Goodyear Boulevard due north before arching to tie into U.S. 62 and, ultimately, the U.S. 62/Rogers Lane bypass. The plan includes a bridge that northbound traffic would use to cross the interstate to head west on U.S. 62 while giving southbound traffic from Rogers Lane access to the industrial park. Engineers said the design best incorporates the elements that would be safe for U.S. 62 traffic traveling highway speed and vehicles needing access to the industrial park while still permitting traffic to enter Lawton on Quanah Parker Trailway.

City officials have said economic development funding in Lawton’s Capital Improvements Program can be used as the local match to federal funding.