Lawton Farmers Market board members and donors take the traditional scoop of dirt in Thursday’s groundbreaking ceremony for the new facility. 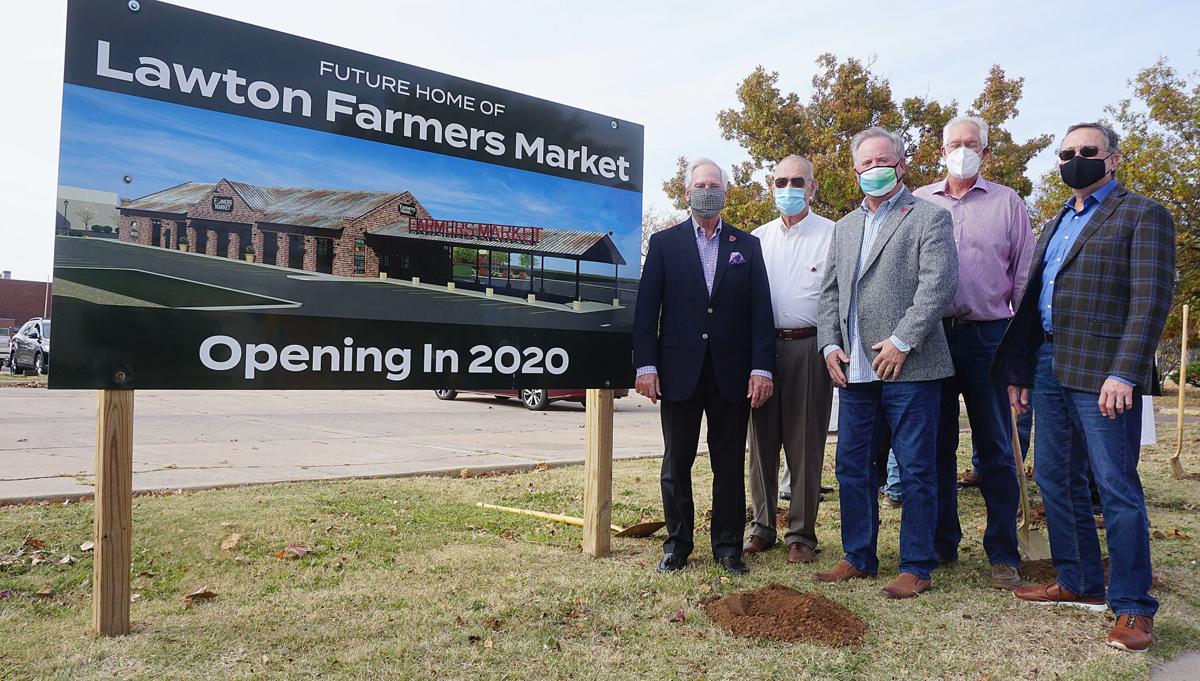 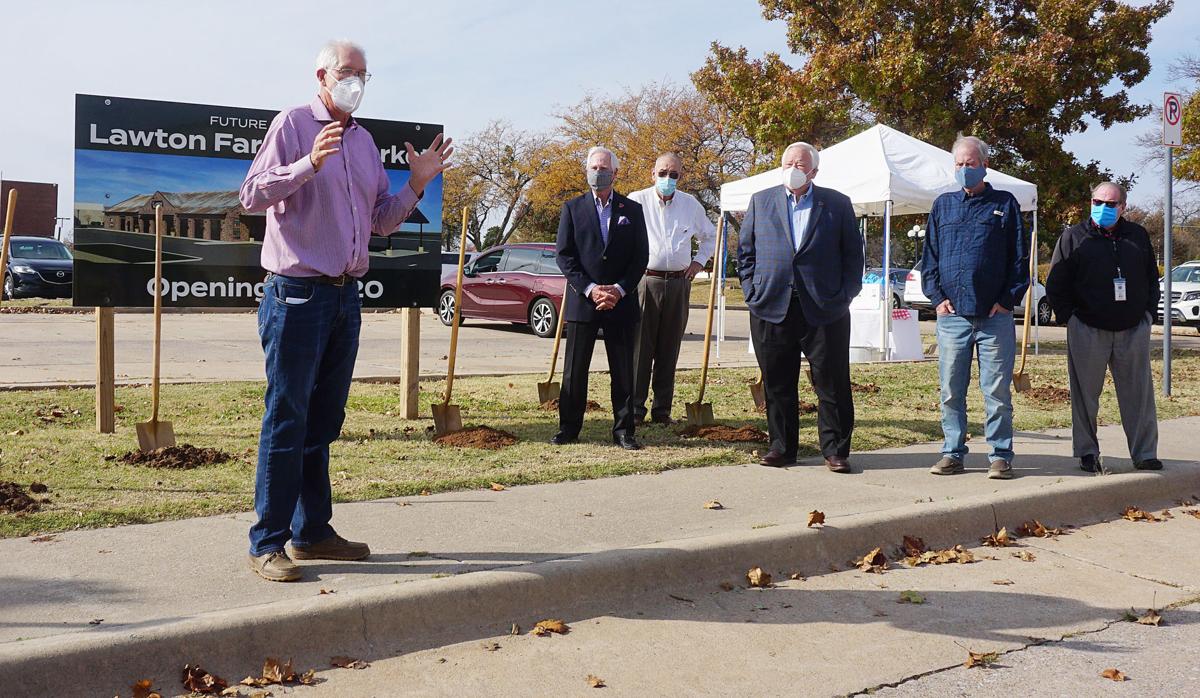 Lawton Farmers Market board members and donors take the traditional scoop of dirt in Thursday’s groundbreaking ceremony for the new facility.

Market President Edward Legako and donors ceremoniously broke ground on Southwest 4th Street across the street from the Lawton Police Station. Currently a parking lot, the land will eventually be the market’s permanent home.

“One of the reasons we wanted to look at this several years ago is sustainability,” Legako said. “How do we sustain markets? We needed a permanent, year round facility. So there’s a lot of things that go year round and people eat round so we need that sustainability in order to grow.”

Currently the Lawton Farmer’s Market rotates between its winter location, inside Cameron University’s Plant Sciences building, and its summer venue at the Great Plains Coliseum. The new facility will provide a permanent location for the group and allow them to have a place year round where they can utilize both indoors and outdoors. The new facility will also allow the market to open twice per week during summer instead of just one day.

Construction was initially set to begin in summer, but a combination of COVID-19 and higher than expected construction costs forced the group to resubmit plans to the city, Legako said. Construction is expected to begin later this year after permits are received from the city, and be completed in November 2021.

The new construction is privately funded through donations, including grants from the Terry K. Bell Foundation and the McMahon Foundation.

“We’ve had some major contributors, but we have also individuals that have given anywhere from $2 to $10,000,” said Legako. “We have McMahon, Comanche County Industrial Authority, the Terry K. Bell Foundation and the Green family. They’ve all given large amounts of money.”

Legako said the new facility will be more than just a farmers market and will include an education center, a food truck area and a kitchen to hold events and parties for non-profit groups. Legako said he would also like to work with Arts for All to provide a venue for their vendors. There also will be an area outside the facility for food trucks to park.

“We want to work with groups to be able to make this building successful for the Ware District,” said Legako. “We looked at different spots like Cameron and other places to put the building, but we felt like we wanted to promote the downtown and help build a resurgence of downtown.”