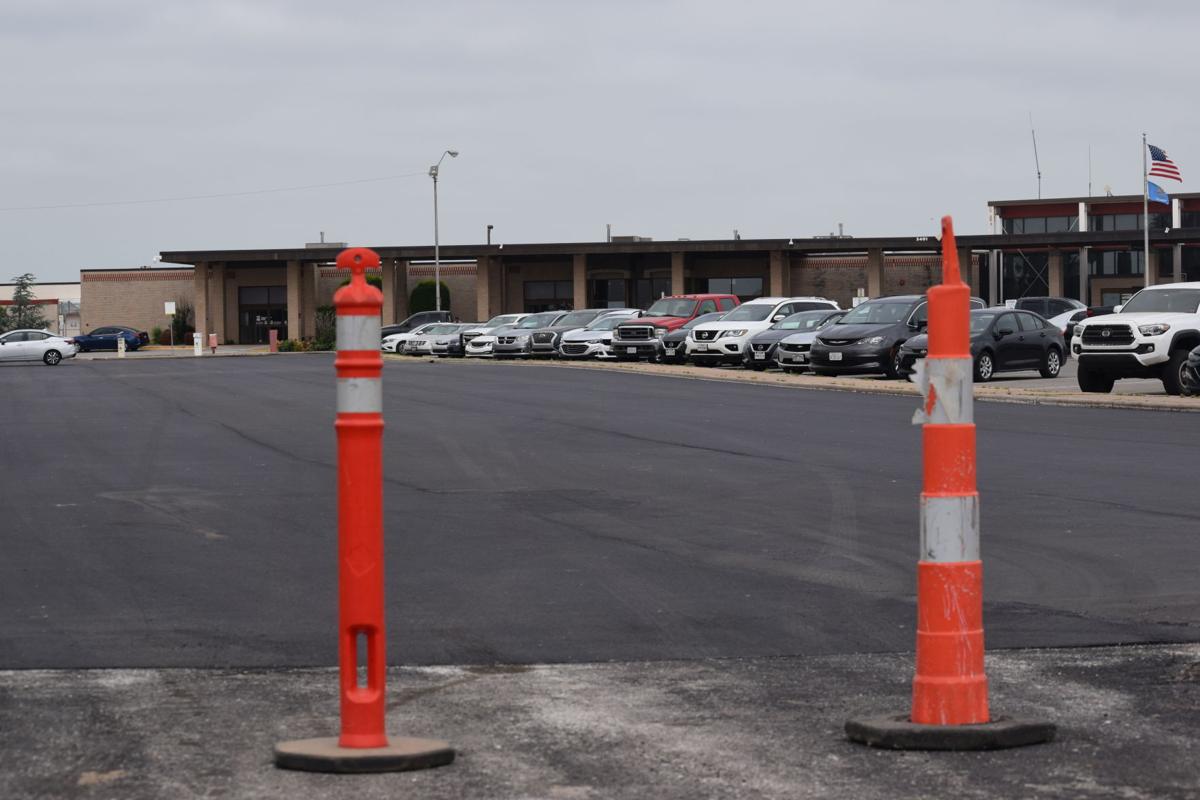 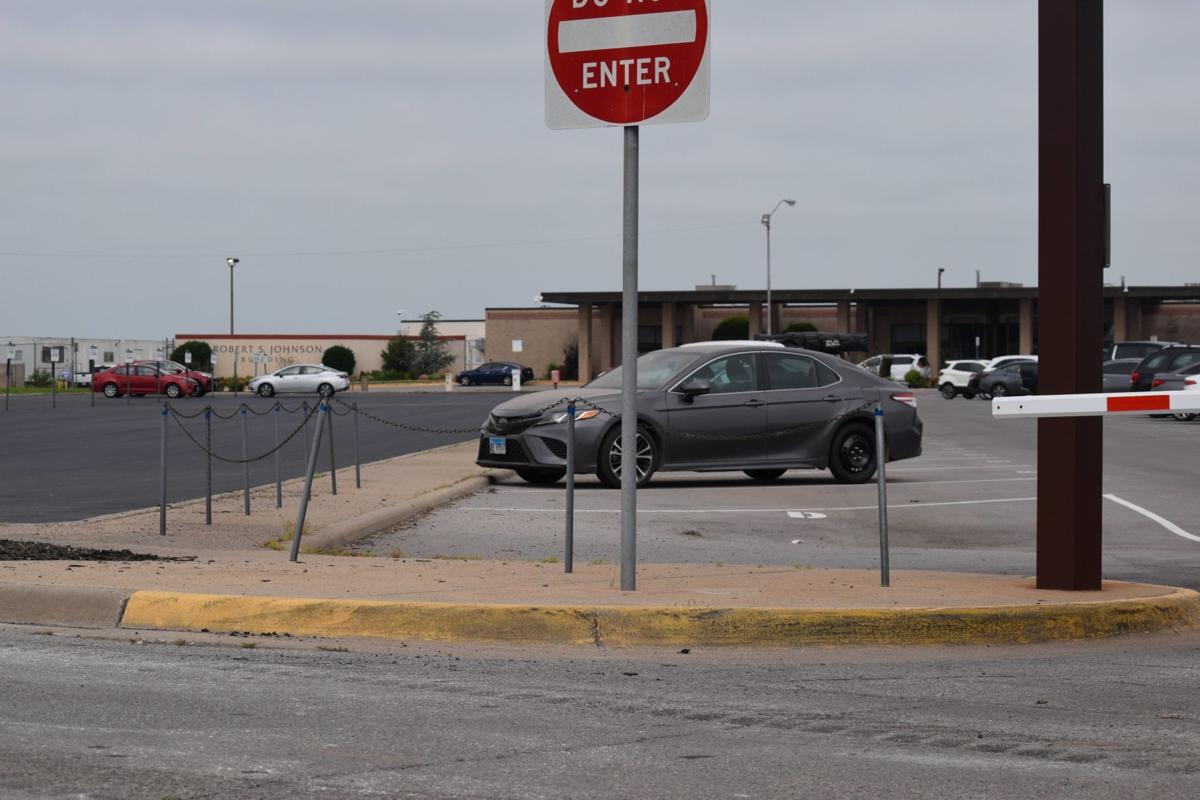 Fresh asphalt in the car rental parking area is a decided contrast to the existing pavement in the passenger/guest parking lot at Lawton-Fort Sill Regional Airport. The new parking lot is among the projects calculated to modernize the facility, airport officials said.

Fresh asphalt in the car rental parking area is a decided contrast to the existing pavement in the passenger/guest parking lot at Lawton-Fort Sill Regional Airport. The new parking lot is among the projects calculated to modernize the facility, airport officials said.

Work is nearing completion on an overlay project for the car rental parking lot at Lawton-Fort Sill Regional Airport.

The airport’s governing board approved the project in April, selecting T&G Construction to handle the $72,325 project for the parking lot where the terminal’s car rental agency tenants park their leased vehicles. Airport Director Barbara McNally has said the project was identified by the rental agencies as a top priority under a program that designates facility fees paid by each agency to a special fund. Those funds are reserved for expenditures related to car rental facilities, with projects decided upon by the agencies, McNally said.

The upgrade isn’t the only paving-related work planned for the airport. McNally said her staff also is looking at a pavement project focused on the area directly in front of the airport terminal, where passengers are dropped off and picked up.

“It needs to be done,” she said, of a pavement area filled with cracks and potholes.

While the project fits into the $13 million, multi-phased modernization project that has begun at the airport’s terminal, airport officials had to find an alternate funding source beyond the federal revenues expected to cover a majority of modernization costs. There are projects ineligible for federal dollars under regulations that specify the money cannot be used on revenue-producing areas or maintenance issues. Instead, the airport will be using $2 million that the City of Lawton designated in its 2019 Capital Improvements Program for airport use. Airport officials identified a list of projects that the CIP funding would cover, to include parking lot work.

McNally said she would bring project specifications and costs back to the airport’s governing body for approval, before the work begins.

In the meantime, the airport still is waiting for completion of the first major phase of airport’s modernization, even as officials have begun making plans to bid the next two phases this summer.

Jet Commercial Construction is closer to completion on its $3.8 million renovation that added a new carousel baggage claim area on the south end of the terminal, built a temporary secured passenger holding area nearby and upgraded the general public area. Recent estimates had set completion of that work for May, but McNally said the contractor still is waiting for parts for the carousel system, which is delaying the project.

The contractor and other contractors have experienced long delays in shipping parts and materials, part of ongoing problems caused when numerous manufacturers shut down last year because of the COVID-19 pandemic, officials have said.

McNally said in April the airport will be ready to bid its next two phases by summer, so that work can begin by year’s end.

The work will include construction of a new secured passenger holding area (to be double the size of the existing area), as well as separate corridors for boarding and deplaning passengers, a covered boarding gate, a larger area for TSA screeners, updating airline and car rental areas, relocating baggage screening equipment to an interior site, installing a canopy at the terminal’s front entrance, and increasing energy efficiency by reducing what is now six outside terminal doors to three vestibule doors.