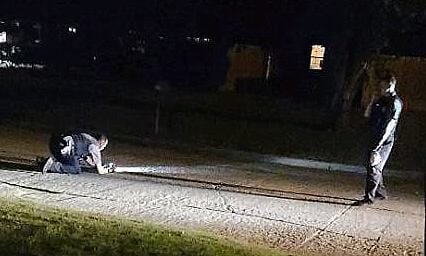 Lawton Police officers search for evidence outside 203 NW Northwood around midnight Sept. 3 following a shooting. Inside the bedroom where the light is illuminated, 60 year old Donald Bowman laid in his bed dead from a gunshot wound. His body would not be found until police returned around 10 a.m. the next day to conduct a welfare check. 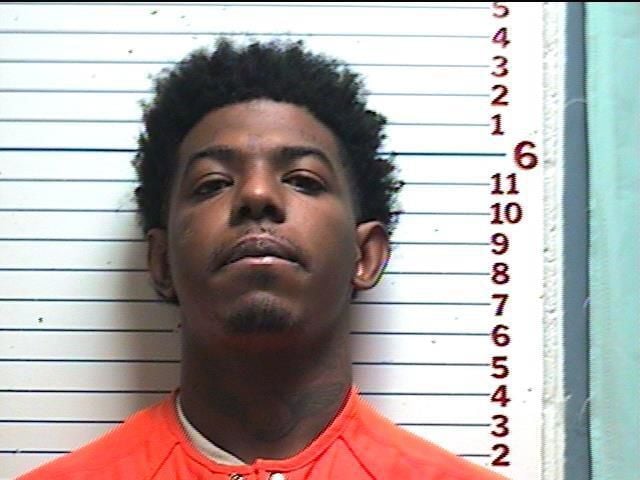 Two recent homicide investigations are wrapping up with a man in jail awaiting charges for one and charges filed in the other.

In the most recent case, the city’s 14th homicide victim has been identified.

Hadyn Williams was named as the victim in Thursday morning’s shooting, according to Officer Andrew Grubbs, Lawton Police information officer. His sister told The Constitution he was 24 years old.

Williams was found by police to be suffering from a gunshot wound around 4 a.m. outside a two-story home at 1806 SW Monroe. He died soon after.

Grubbs said that following an investigation, detectives identified the suspect and have arrested him for first-degree manslaughter. Williams' sister said the family is letting the police carry out its investigation and hopes for the truth to come out as soon as possible.

Grubbs said investigators will present the case to the District Attorney’s office. No charges were filed on Friday, records indicate.

A suspect was charged and details release Friday, a week after Lawton’s 13th homicide.

Felony charges of first-degree murder with deliberate intent, felony discharging a firearm into a dwelling, possession of a firearm after former felony conviction and use of a vehicle in the discharge of a weapon, as well as misdemeanor counts of eluding police and contributing to the delinquency of minors, were filed in Comanche County District Court against Ziakorey Demon Barner, a.k.a. Foe Day, 25, of Oklahoma City. He is accused of pulling the trigger and killing Donald Bowman.

Bowman, 60, of Lawton, was found shortly after 10 a.m. Sept. 4 in his bed at his home at 203 NW Northwood. The police had been called to conduct a welfare check on the man when they made the discovery.

Bowman was determined to have died from a gunshot wound to the head, according to the State Medical Examiner.

According to the probable cause affidavit, Barner had picked up a pair of teens on Sept. 3 around 9:30 p.m. and told them, “he was going to go by and shoot at ‘Mobsta Gunnie’” … over a Facebook post he had made about Barner. Although his intended target lives at 201 NW Northwood, Barner is accused of firing 17 gunshots from the truck he was driving into Bowman’s home, striking the man with one while he was lying in bed.

Several 911 calls around 10 p.m. led police to find the truck after being given a description. Following a vehicle pursuit that ended at Northwest 25th Street and Lindy Avenue and foot chase, Barner was taken into custody. Shell casings were found in the driver’s side floorboard of the truck, the affidavit states.

Several of Bowman’s neighbors have said that while police were searching for shell casings, bullet holes and evidence on Sept. 3, that no one conducted a check of Bowman’s home. The Constitution has asked for information as to why but has not received a response.

This is not Barner’s first involvement with law enforcement. Barner was arrested Aug. 17 following a drunken car chase that involved dumping a gun and drugs ready to be distributed.

Three days later, Barner made his initial appearance in Comanche County District Court where he received felony charges of trafficking in illegal drugs and possession of a firearm after former felony conviction, as well as misdemeanor counts of driving a motor vehicle while under the influence of alcohol, eluding police, possession of controlled dangerous substance, driving with a cancelled/suspended/revoked license and failure to maintain insurance or security, records indicate. The trafficking charge is punishable by a fine between $25,000 to $250,000 and the weapons charge, up to 10 years in prison.

In that case, investigators said Barner confessed to having a gun but said “he hadn’t had any dope,” the affidavit states. He told investigators he had the gun because he was a “gang banger” with the 456 Piru branch of the Bloods and that he had to protect his life.

The affidavit doesn’t identify how much meth was recovered but the charges stem from allegations of having over 20 grams of the drug.

Barner, who has been free on $5,000 bond, was scheduled to return to court at 3 p.m. Oct. 29 for his preliminary hearing conference in the August case, records indicate.

The Comanche County District Attorney’s office has filed for an application to accelerate a deferred judgment on Barner’s 2015 conviction and asks that he be sentenced to serve eight years in prison.

— The story has been updated to reflect Williams' true age and insight into the family's feelings regarding the investigation.