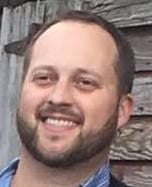 While uncertainty about the date of reopening the Comanche County Courthouse remains until Monday’s county commissioners meeting, one certainty is that the scheduled June jury trial docket is cancelled due to COVID-19.

District Judge Scott D. Meaders confirmed Friday that the June jury trial docket has been cancelled. He said the Comanche County Commissioners will determine when the courthouse will be reopened before the judges meet, confirm and approve an administrative order for how they will handle cases going forward.

“That’s kind of where we’re at,” he said. “We’re going to pivot once we figure out what to do.”

Court Clerk Robert Morales said there has been discussion about a possibe special docket or that cases may just be pushed onto the September docket.

Shut down to the public since mid-March, concerns about logistics for bringing in jurors and seating for trials remain a concern, according to District Judge Emmit Tayloe. He said that once the commissioners set the opening date and the judges meet following Monday’s meeting, he has an administrative order regarding the court’s practices for cases going forward ready and will release it to The Constitution.

On Friday, the Oklahoma Supreme Court issued a statement that it is up to the individual counties as to when they open up their courts again. That means deadlines for filing cases open up on Monday statewide, no matter.

First Assistant District Attorney Kyle Cabelka said that after the Supreme Court suspended the deadlines with an order in March, time is now back on the clock for lawyers and their clients. For local civil cases, there’s extra concerns due to lawyers being unable to come into court to file paperwork.

For those being held in jail, the right to a speedy trial has been impeded somewhat. Due to the special circumstances of the pandemic, Cabelka doesn’t see it as an argument that will hold up.

“I can’t really predict what defendants would do, but it’s definitely a possibility that a defendant could claim that their speedy trial rights have been violated by sitting in jail for so long,” he said. “However, I think since this pandemic has affected the entire world, I don’t think they would have much of a winning argument.”

But the doors have to open the halls of justice to the public at some point, as scary as it may be. The wheels of justice have to spin, even if slowly.

“I think being off for 2 ½ months is going to put us back a year (with casework),” he said. “But we’re going to have to do it sooner or later.”

Along with being the columnist of Soundemonium Musaic, Scott Rains is also a police, fire, Native Affairs and roller derby reporter for The Lawton Constitution. You can email him at: scott.rains@swoknews.com.