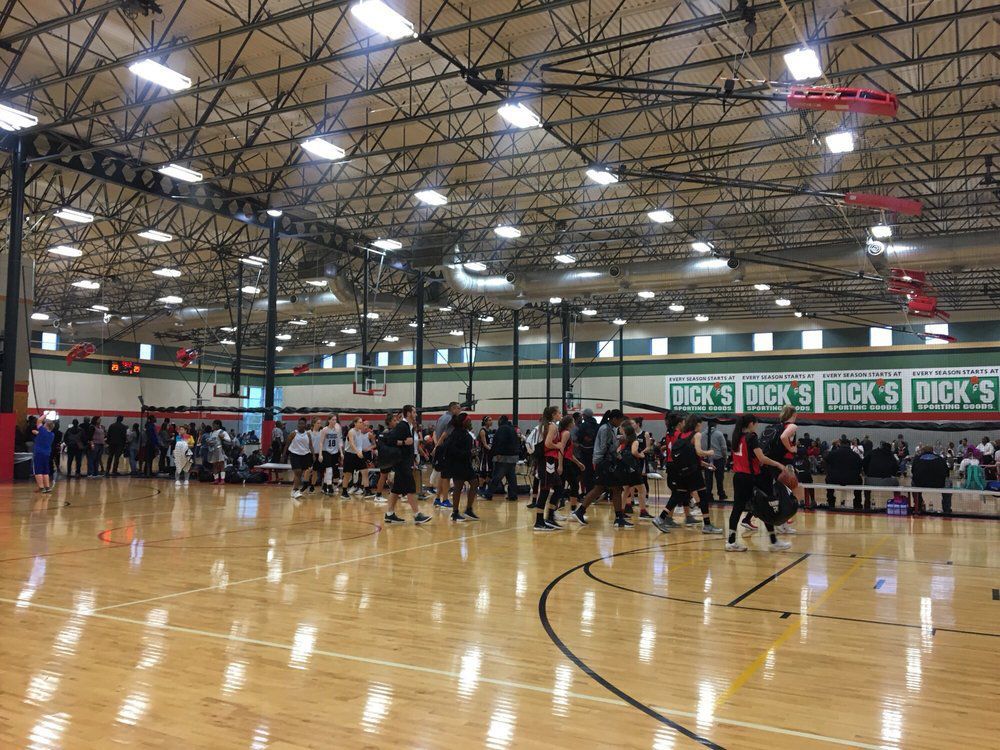 Children in Murphy, Texas, play a game of basketball on one of the courts in the indoor sports complex operated by Plano Sports Authority. City business leaders say they want the Murphy complex to act as a blueprint for a similar facility that the 2020 Capital Improvements Program would help finance. 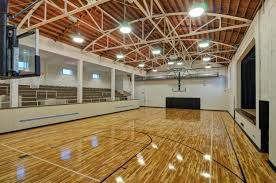 Lights gleam off the floor of one of the basketball courts in the Murphy, Texas, indoor sports complex. The facility is the model for what city leaders would like to see in Lawton, if the 2020 Capital Improvements Program passes Feb. 11.

Children in Murphy, Texas, play a game of basketball on one of the courts in the indoor sports complex operated by Plano Sports Authority. City business leaders say they want the Murphy complex to act as a blueprint for a similar facility that the 2020 Capital Improvements Program would help finance.

Lights gleam off the floor of one of the basketball courts in the Murphy, Texas, indoor sports complex. The facility is the model for what city leaders would like to see in Lawton, if the 2020 Capital Improvements Program passes Feb. 11.

An indoor youths sports complex will provide Lawton youth with a dedicated venue while giving the city a leg up in attracting tournaments — and the revenue that comes with them.

That indoor facility, being proposed by business leaders, is one of the quality of life issues contained in the 2020 Capital Improvements Program. Voters will decide Feb. 11 whether the City of Lawton will end the 2015 Sales Tax Extension and the 2016 Capital Improvement Program early, replacing them with a new CIP incorporating existing sales tax programs and funding new projects.

One of those projects: an indoor youth sports complex.

The ordinance setting the CIP is specific: funding for that complex is not to exceed $8 million. That doesn’t mean $8 million is the total cost. Supporters have roughly estimated the total cost at $13.7 million: $11.05 million on what they plan as an 85,000-square-foot facility, $663,000 for a consulting fee and $2 million for operating capital for the first three years.

The difference between the CIP’s $8 million and the total cost will be covered by private donations and grants. There’s already interest, said Brian Henry, one of three community leaders who presented the idea to the City Council in summer 2019 after looking at a similar facility operated in Murphy, Texas, by the Plano Sports Authority (PSA).

“We have had conversations with several entities,” Henry said, of potential donors. “But, nobody has written a check or put it through their board process until the CIP question is answered. But, we’ve had very positive conversations with people, multi-year (funding) conversations.”

Henry said he and other supporters look at the idea from the point of view of a sports parent, someone who has invested the time necessary to keep their children active in sports. Some of what he knows: the City of Lawton has a capacity problem with its basketball program, as Parks and Recreation Director Jack Hanna and his staff rotate youths through gymnasiums at four secondary schools.

“He (Hanna) can barely fit the schedule for the number of games we have to play,” he said.

Henry said he also can look at the issue from a consumer point of view, as he considers he buys when his children travel to other communities to play basketball.

“It’s an opportunity to generate tournaments here, like we’ve seen in all the places we’ve traveled to,” he said.

Gwen Spencer, the City of Lawton’s director of information services, looks at the proposal the same way Henry does and said she believes the youth sports complex is important.

“A number of people know that giving youths more activities will reduce youth violence,” said Spencer, a parent whose children also wanted “something to do.”

So, how will the concept work?

Henry, Hossein Moini and Albert Johnson Jr. did their research before they approached the City Council, picking the brain of the Texas-based Plano Sports Authority. PSA, which started in Plano in 1970, operates two privately-run facilities in Plano, along with sites in McKinney and Murphy.

“It’s a pretty successful model for us, at least, to have conversations with,” Henry said, of the Murphy complex.

Henry said PSA officials have agreed to act in a consulting capacity, “to include plans and things of that nature.” What they won’t do is operate the facility. That’s something Lawton must do on its own, and a decision will be made about that independently-operated facility if funding becomes available.

“The city did not want to be involved in day-to-day operations. There will be an entity to run it,” Henry said, adding those details won’t be solidified until the CIP vote is known. “We’ll (Henry, Moini and Johnson) obviously help with the process, but it will be the council, or city manager or some function of the city that decides that.”

What supporters are looking at is a complex modeled on the one built in Murphy in 2015, which provides indoor venues for basketball, volleyball and soccer, with the ability to convert courts to use by table tennis, cheerleading, golf and martial arts, among other activities. The complex also has a concession area, providing eating opportunities for visitors and another potential revenue source.

The sports complex will be self-supporting, and operation costs will determine the fees charged. While supporters expect the complex to host tournaments that bring in outsiders, PSA has counseled them to base operational revenue on local participation. Rough estimates range from $34 to $80 per sport, depending on how many youths participate and how many sports they play. Youths playing one of the City of Lawton’s eight sports pay an average of $24.68.

Henry said other details won’t be set until the CIP is decided. One detail is location, and supporters do have some ideas.

Henry, Moini and Johnson considered land owned by the City of Lawton (meaning there is no purchase cost) and the top contender is Ramada Park, land associated with Elmer Thomas Park but located on the east side of Northwest 2nd Street. It’s city-owned, undeveloped (except by prairie dogs) and is adjacent to parking created for the Second Street retail development complex.

But, the men also are pondering a second location.

The former owners of Central Mall proposed the idea of using the former Sears on the mall’s west end. There is precedent: Texas’ Grapevine Mall converted its empty J.C. Penney into an indoor sports complex.

“We began that process,” Henry said, of investigating details such as floor and engineering plans.

The concept has “a lot of positives,” he said, explaining the foundation is built and there is plenty of parking. There would be a cost associated with buying the building, then renovating it (specifically, tearing off and replacing the roof and reinforcing structural components). But some costs are looking good: the sell price was quoted at $2 million.

But, there is another issue: the company that offered the proposal in mid-2019 no longer owns Central Mall.

“Let’s see what happens Feb. 11,” Henry said, adding the new mall owners have said they are willing to hear proposals.

While some of the City of Lawton’s youth sports programs might fit into the indoor facility, there are other popular sports (baseball, for example) that will not, said Parks and Recreation Director Jack Hanna. The city’s youth sports division will continue to address those needs.

“No, we’re not out of the youth sports program,” he said.

Mayor Stan Booker said while the sports complex was one of the first major ideas brought to the City Council when public discussions began in summer 2019, it is not the “driver.” But, it is important.

“I see great value in this,” he said, adding the complex would offer an option for youths looking for something to do while providing mentors — through its coaches — to those who might be at risk.