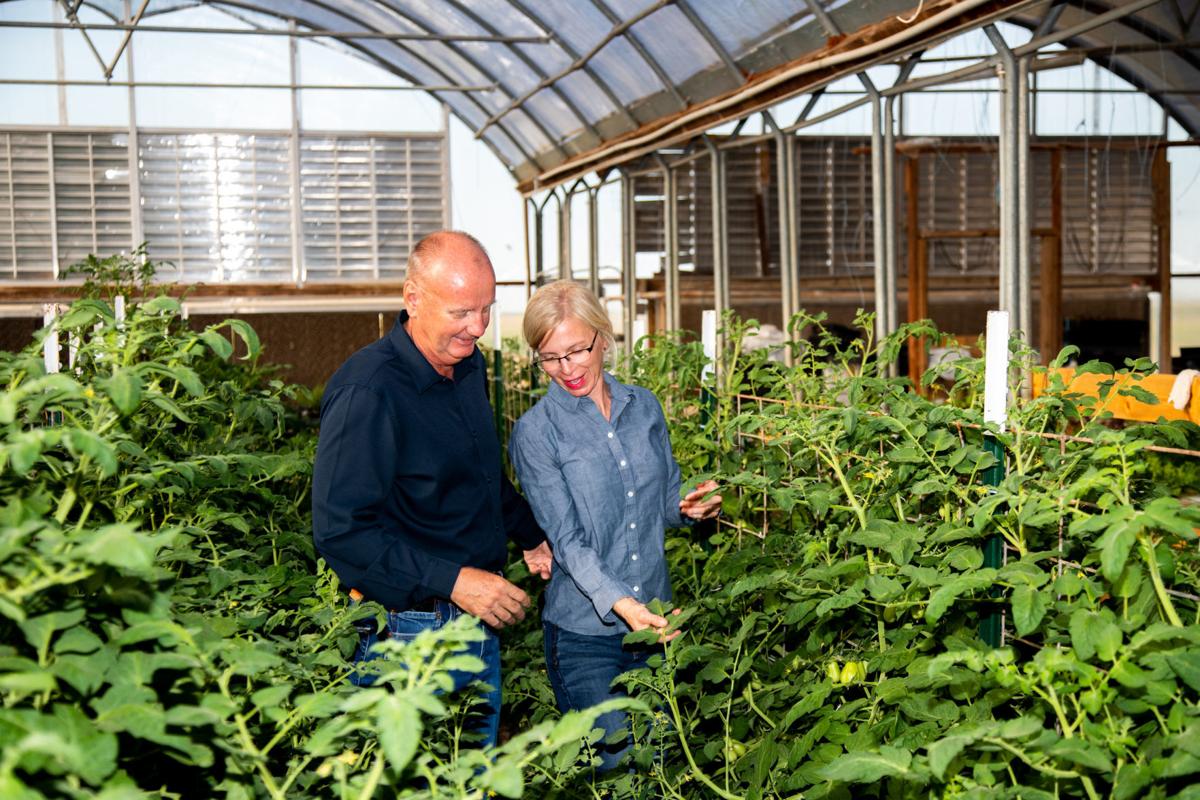 Bob and Elisabeth Kirchner, owners of The Wild Urbans Farm, hosted the grand opening of their in-farm store Saturday, June 20 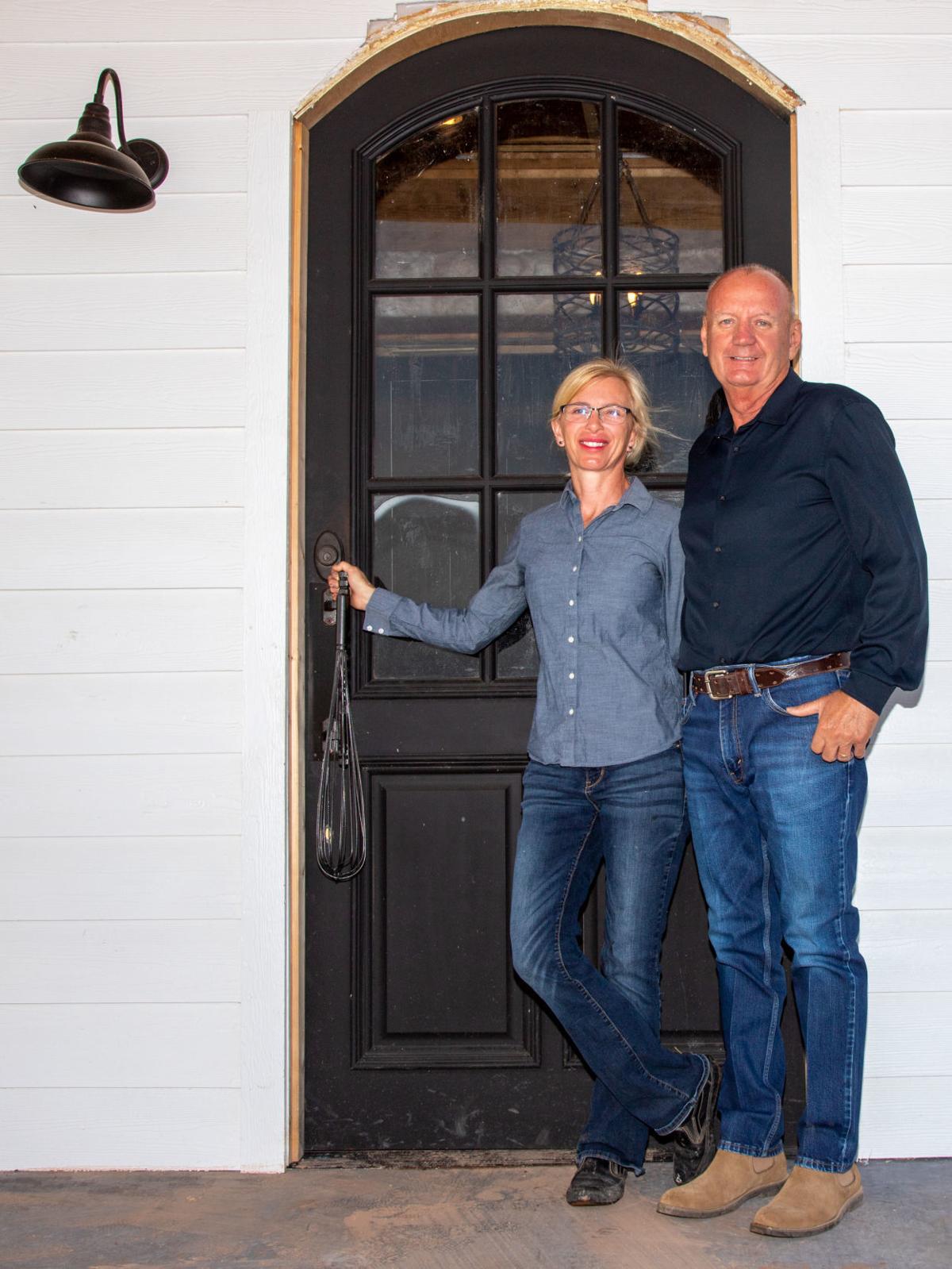 Elisabeth Kirchner is especially proud of her whisk door handle because she says it represents the upcoming bakery where she hopes to sell fresh-baked bread, pies and Amish donuts.

Bob and Elisabeth Kirchner, owners of The Wild Urbans Farm, hosted the grand opening of their in-farm store Saturday, June 20

Elisabeth Kirchner is especially proud of her whisk door handle because she says it represents the upcoming bakery where she hopes to sell fresh-baked bread, pies and Amish donuts.

WALTERS — For one Walters couple, what started as a hobby and a dream later morphed into a full-time second job during the COVID-19 pandemic and has now given rise to an in-farm store

The Kirchners described their in-farm store as where food is still growing in a hydroponic system and customers can pick from a selection of vegetables such as lettuce, a variety of tomatoes, celery and other assortments, including the plants themselves.

“Being on a farm location, customers can be where the food is grown, bread is baked and honeybees fly,” Elisabeth said.

The idea for the farm began as a tax write-off 10 years earlier for Elisabeth and her late first husband. After her husband died four years ago, Elisabeth, who had retired from the Baylor hospital system in Texas, found herself raising two children and struggling to make ends meet.

Rather than renew her expired medical license, Elisabeth attended truck driving school where she earned a Class A driver’s license and began hauling cattle for ranchers in the southwestern Oklahoma area. Elisabeth also worked weekends for the Lawton post office as a part-time mail carrier to make ends meet. Because of her workload, Elisabeth let the farm go into near ruin, but refused several offers from local farmers to buy the property. She was not quite willing to give up on her small 190-acre farm just yet.

Soon after starting with the post office, the routes were contracted out to a large trucking company. The company learned of Elisabeth’s education and advanced her through the ranks to a management position, overseeing at least 90 drivers. This was when she met her husband, Bob, the vice president of field operations for the company. The two wed in 2018 and while enjoying a cup of coffee in a little French café, they began discussing the potential of Elisabeth’s farm.

“We talked of a shared love for great food and farming and seeing what the earth can produce,” Elisabeth said. “We shared our beliefs that no one is closer to the earth than farmers and it is important to care for natural resources including land and water. And now here we are opening Oklahoma’s first in-farm store.”

The couple maintained the farm as a weekend hobby, with a few sales, but it soon evolved into a full-blown store when the COVID-19 pandemic started.

“We thought with all the food shortages, that people would need access to produce,” Elisabeth said. “So we spent the lockdown here at the farm getting everything ready, putting in the plants and systems.”

Various methods have been implemented to produce fresh, clean food — plasticulture in the outdoor fields, greenhouses for the delicate crops and aquaculture for the fish and herbs.

Plasticulture uses trickle irrigation tubing underneath the mounds of soil to ensure adequate moisture for the crops and to help disperse the appropriate amount of nutrients into the irrigation water.

Future plans for the farm include the addition of a bakery, dining area and an assortment of on-site grown fish and Angus beef.

“We have a vision of growth and want our customers to be a part of it,” said Bob. “We see ourselves following four stages of growth.”

Stage two will include the addition of a bakery, where an assortment of fresh, homemade baked breads, pies and Amish doughnuts will be available. Stage three will provide fresh catfish, crappie and bass from the aquaponic system and grass-fed Angus beef. Finally, stage four will be the creation of a relaxing space to enjoy breakfast or lunch, and the farm’s own branded coffee and fresh-from-the-farm food while overlooking the pond or sitting by one of the many fireplaces.

The couple lives permanently on the farm and are still in the process of updating it while working full-time jobs.

“We hope to retire in a few years and do this full-time,” Elisabeth said. “But time will tell.”