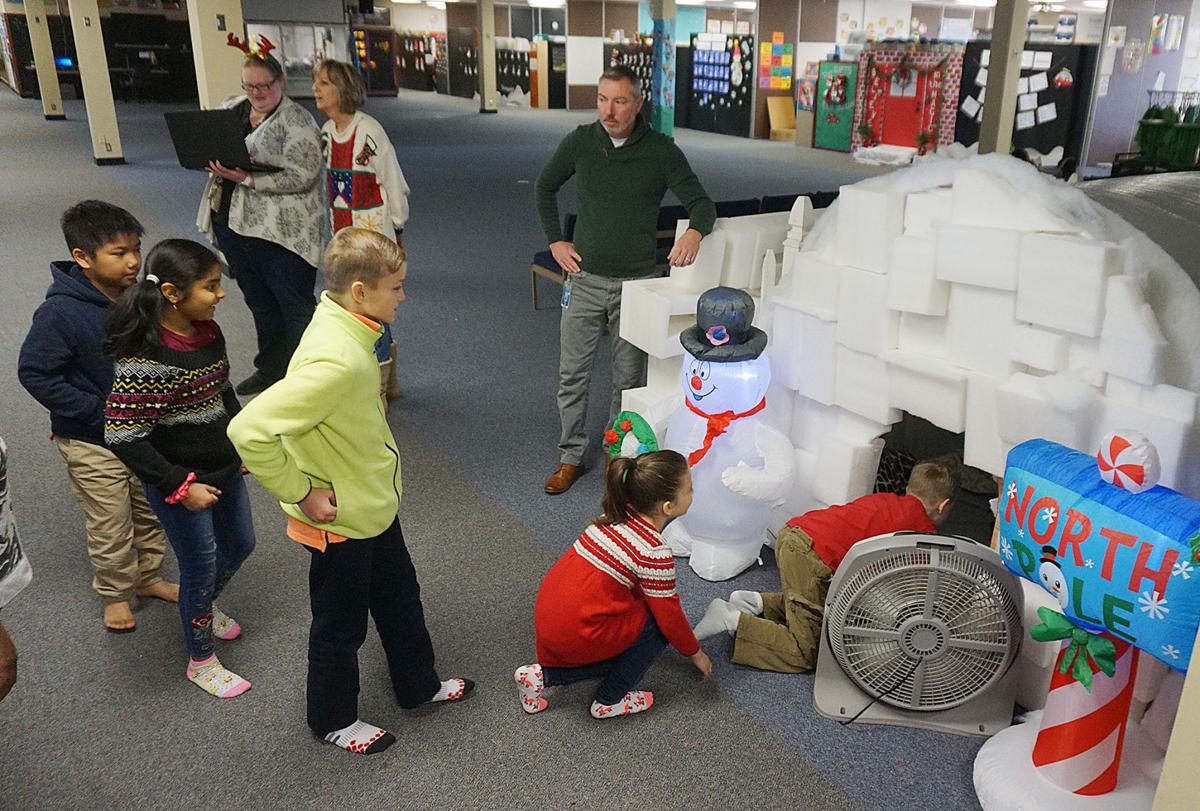 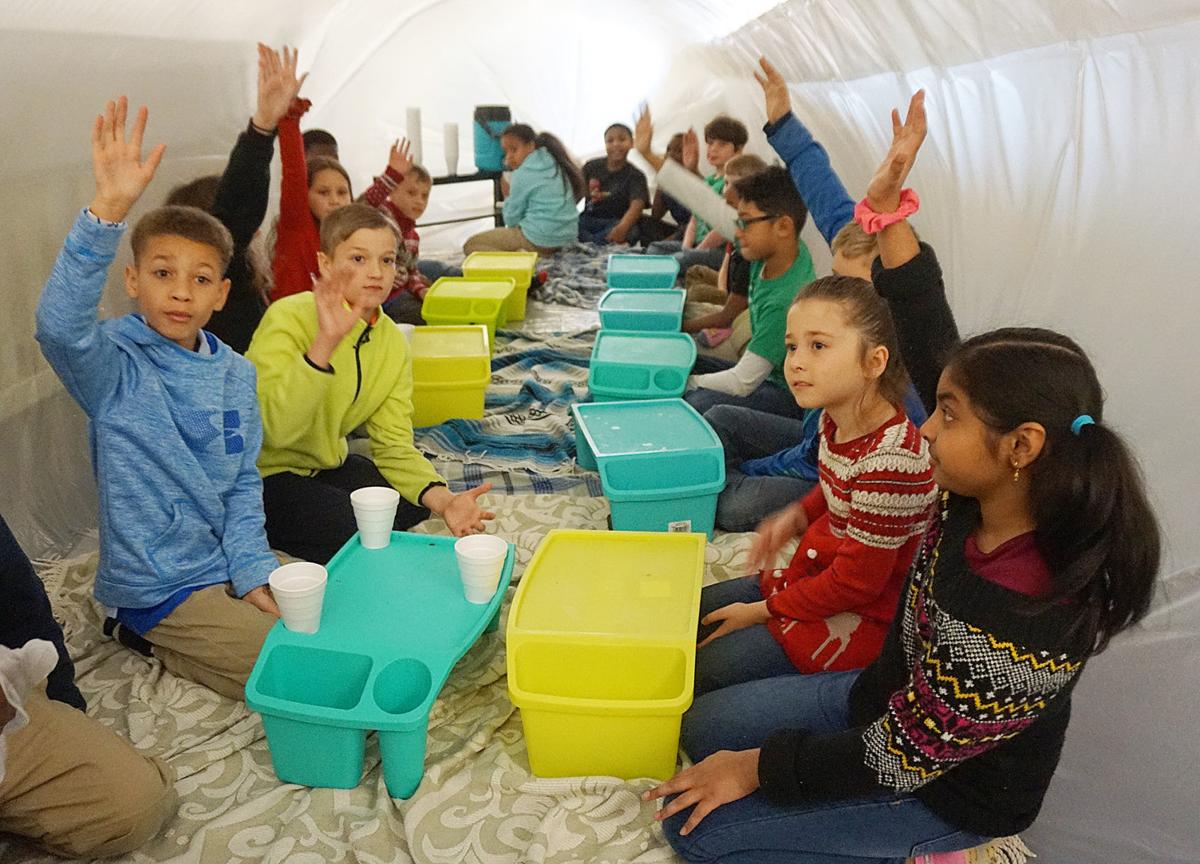 Students at Hugh Bish Elementary School enjoy snacks and stories about Christmas inside their handmade igloo.

Students at Hugh Bish Elementary School enjoy snacks and stories about Christmas inside their handmade igloo.

It may not be the real Arctic, but it’s probably the closest Donna Newkirk’s 5th grade class will get in southwest Oklahoma. The class erected a makeshift igloo in the common area of Hugh Bish Elementary School as part of their Christmas project. Around 10 feet long, the igloo is made from plastic painter’s tarps, zip ties and Styrofoam blocks.

Newkirk, who has been teaching in the Lawton Public School system for 30 years, has setup similar igloos in the past. But this was the first time she had created it with the help of her self-contained special education class at Hugh Bish, where she has been for four years.

Held aloft by a common household fan and flanked by an inflatable Frosty the Snowman, the igloo fit in perfectly with the school’s Christmas theme of “Winter Wonderland.”

“We also made life-size figures of Arctic animals, snowy foxes and stuff like that, we made a full scene with them on our board,” Newkirk said. “To add to that we also talked about resources and the types of houses you could make.”

Her students were excited about creating the igloo, according to Newkirk. After the tube was constructed, the students helped decorate the outside and stack the styrofoam blocks to make the igloo look more realistic.

“Being inside of it and watching it blow up…they really enjoyed that,” Newkirk said.

Though, as with any real-life construction project, building the class igloo was not without complications. Though, unlike a real-life igloo, the concern was not about the ice melting, but rather the igloo deflating.

“We had some difficulties in the beginning getting it to sustain,” Newkirk said.

At first, they tried several fans all blowing at once creating more of a wind tunnel than an igloo, but eventually they found that a single fan in the right spot would work just fine.

Newkirk and her students invited all of the other classes in the school to come and enjoy their igloo as well. One of Newkirk’s personal favorite moments was seeing her special education class interacting with students from the general education classes.

“We don’t get a chance to do that all of the time because special ed and general ed have different functions, so for my class that was one of my favorite things about this,” Newkirk said.

While it may not melt, the igloo will only be around until the beginning of the winter break. After that it will go away until next year, when a new group of students will hopefully get the chance to experience a little bit of the Arctic right here in Oklahoma.