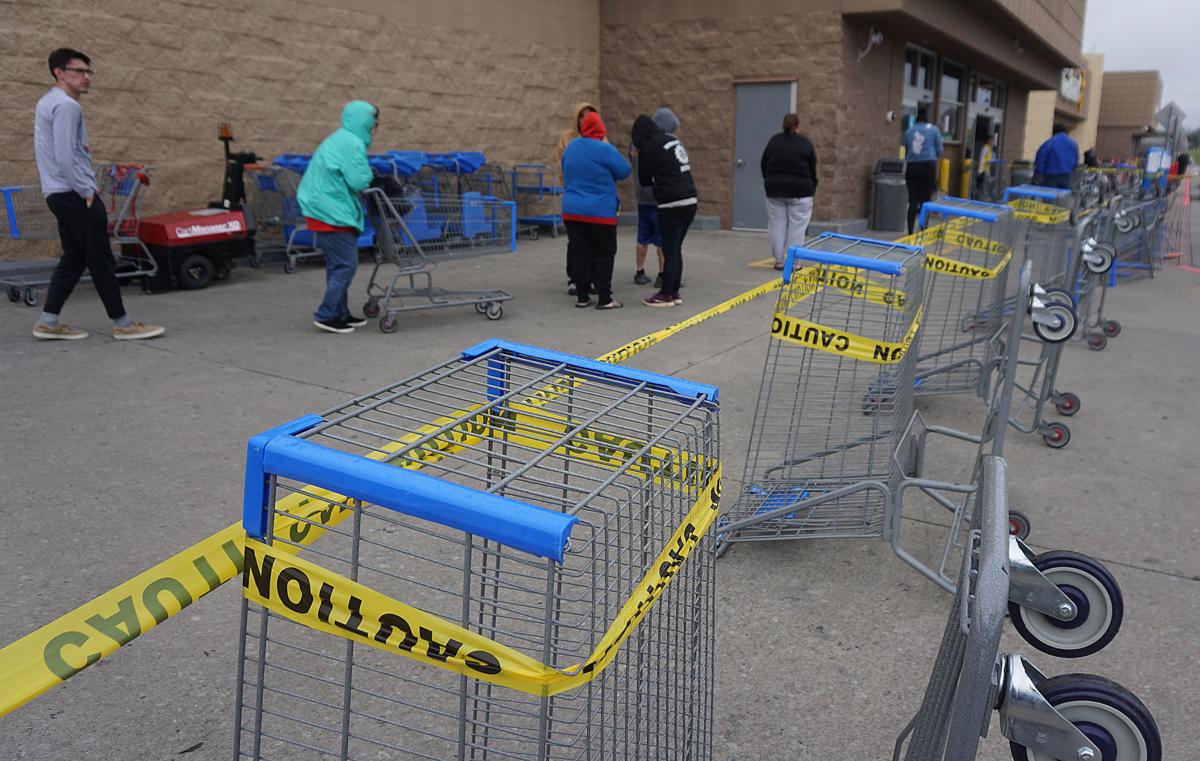 Standing in the cold, customers wait in line at the Walmart Supercenter on Sheridan Rd. on Friday. In accordance with the city, Walmart and other stores are only allowing 100 people in their stores at one time. 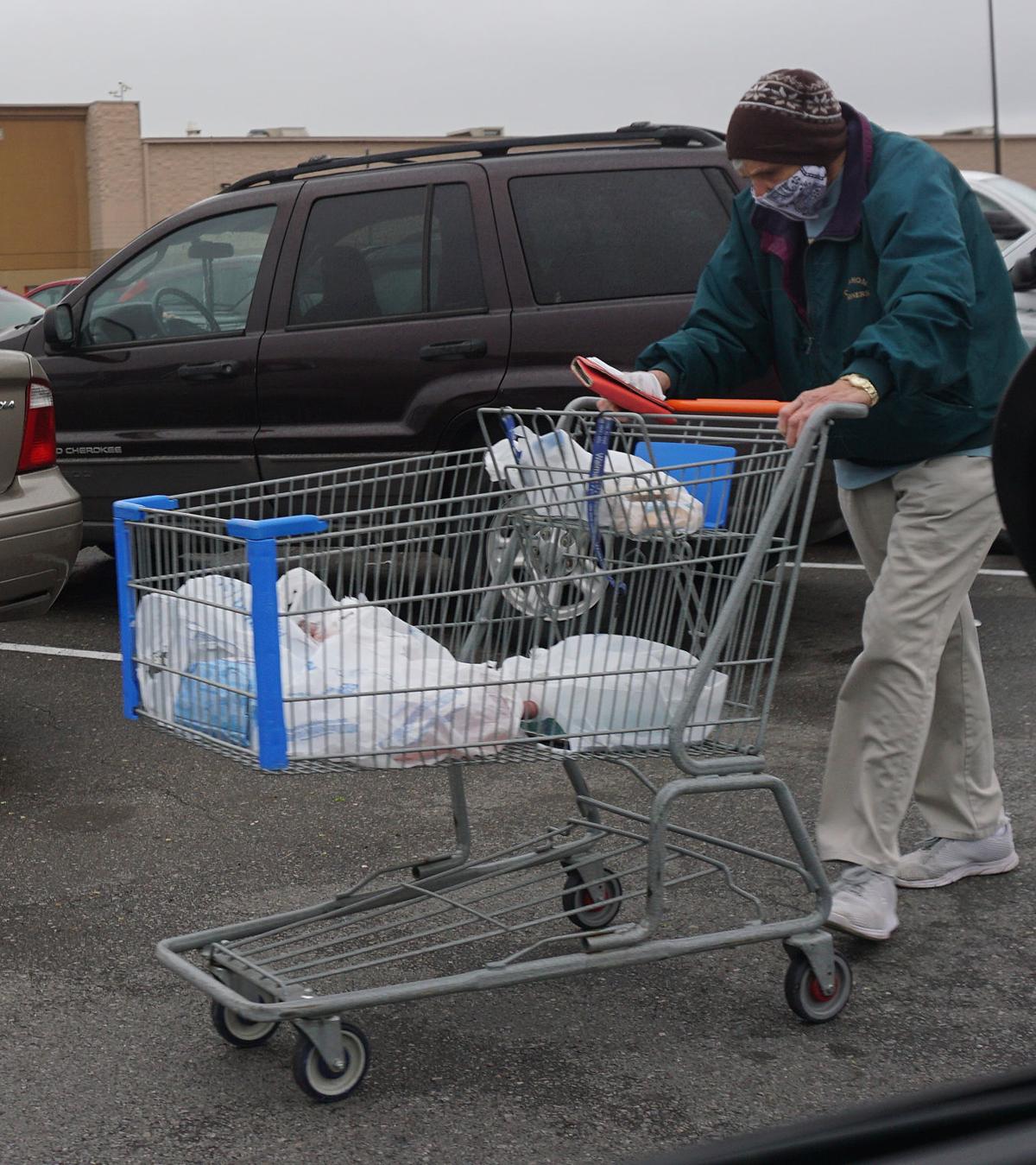 An person gets to their car after shopping for items from Walmart Supercenter on Friday afternoon.

Standing in the cold, customers wait in line at the Walmart Supercenter on Sheridan Rd. on Friday. In accordance with the city, Walmart and other stores are only allowing 100 people in their stores at one time.

An person gets to their car after shopping for items from Walmart Supercenter on Friday afternoon.

While other facets of daily life begin to mimic those from decades before, the scenes Friday truly looked to be pulled from a 1930s photo album.

Except for the smartphones, of course.

With the temperature resting in the mid-30s, nearly a dozen people stood in line outside the Walmart Supercenter at 1002 N. Sheridan on Friday, waiting to get inside. The line nearly reached the portion of the parking lot shared by Sam’s Club. And this was during one of the slower periods of the day.

Heeding the ordinances issued by Lawton Mayor Stan Booker, Walmart put a 100-customer limit inside the store. Shopping carts were stood up and roped off to demonstrate where customers were allowed to stand, keeping six feet of distance between one another. An employee stood at the door, like a bouncer to an exclusive night club, giving the order when new guests were allowed to enter.

The rest waited outside in weather much more customary for the week after Halloween, not nine days before Easter. Among those in line was Devin Scott, who had been instructed by his wife to make the trip from Fort Sill to pick up some essentials. Unaware of the weather conditions, Scott ventured to Walmart in a hoodie, basketball shorts and Crocs.

“I didn’t know how cold it was. My wife just told me to go out and get diapers,” Scott said. “We’ve mostly been doing grocery pick-up, but I just needed the one thing today.”

In addition to the guest limit, Walmart is also limiting what they can sell. No longer selling clothing or sporting goods (firearms and ammunition are still able to be sold), Walmart has become strictly a haven for groceries and necessities.

But it can be hard to even find those. Kaasha Marshall, who is also stationed at Fort Sill, said she tries to do most of her shopping in one trip and doesn’t like the idea of being exposed to others, but said it’s difficult.

“You don’t want to keep making trips, but every time I come, they’re out of what I need, just basic necessities,” Marshall, a mother of four, said. “So I’m trying to stock up, just on basic groceries.”

Lakecia Wilson was shopping for her family as well, but just needed to get some cereal and milk. Although the City of Lawton implemented restrictions on gatherings on March 23 and had its first confirmed case of coronavirus two days later, it wasn’t until late this week that the city began curbing the number of people allowed in stores. Wilson said she was “pretty surprised” by that, while another customer in line blurted out that he was “shocked.”

Luckily for those needing to make trips, the temperatures in Lawton are supposed to pick up, with highs hitting the upper 50s and lower 60s this weekend, and potentially reaching the 80s by Wednesday.