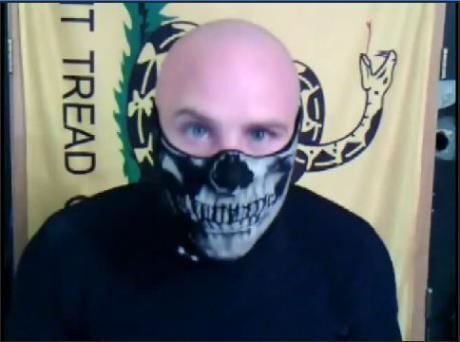 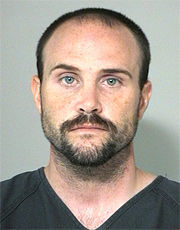 Over 11 years ago, the beginning of a saga of a former Marine turned online patriot accused of sexually abusing a then-6-year-old girl would begin its journey into becoming a national story.

The strange case of Charles Allan Dyer originated with rape and allegations of child sexual abuse and, before reaching its resolution, would wind into his claims that he was targeted for his militaristic right-wing beliefs. The too true to be fake story includes twists and turns that included his being named to the FBI’s Most Wanted list during his two-weeks on the run from the law.

After two mistrials, the story returned to its origin when a Stephens County jury spent three hours deliberating before finding Dyer guilty of child sexual abuse.

Oklahoma Department of Corrections (ODOC) records show that Dyer, now 40, is being housed at Lexington Correctional Center where he is serving his 30-year prison sentence. The crime is one that orders that at least 85 percent of the sentence be served before becoming eligible for parole. Upon release, he will have to register as a sex offender for the rest of his life.

Then-29, Dyer was arrested Jan. 15, 2010, at his Marlow home by Stephens County Sheriff’s Deputies for allegations of first-degree rape and two counts of forcible sodomy. Investigators would find a Colt M-203, 40-millimeter grenade launcher at his home while conducting a search.

Dyer was accused of abusing the girl 13 days prior to his arrest and his then-wife filed for a protective order the day of his arrest.

The FBI looked into where the grenade launcher came from and discovered that its serial number matched to one stolen from Fort Irwin, Calif, in 2006, that was among three slated for Iraq that never made it.

Dyer told investigators he’d received the weapon from his best friend who gave it to him while he was stationed with the Marines in California. He’d served in the Corps in Iraq and moved to Marlow after his discharge in 2009. Later, he would say he’d been set-up by the government to possess the stolen weapon.

Dyer was found not guilty of the federal weapons charge by a jury in April 2010. However, his child sexual abuse case remained open and moving forward in Stephens County.

Known online as “July4Patriot,” Dyer had built up notoriety among the American Resistance Movement, Oath Keepers and Tea Party circles for his anti-governmental videos made during the administration of President Barack Obama. As the case developed he continued making videos where he messaged that he was the targeted for his role as a “patriot.”

In some video, Dyer would be dressed in his Marine Corps dress uniform. He always wore a mask emblazoned with a grinning skull that, he said, he wore to protect his identity. In his messages, he stressed that military urban warfare drills were being used to prepare American soldiers to incarcerate citizens. His videos went viral in the Patriot and Oath Keeper subculture, with several gaining hundreds of thousands of online views and thousands of comments.

Dyer revealed his identity at an April 29, 2010, Tea Party event in Lexington, Mass., and he became among the most prominent Oath Keepers at the time. Once his alleged crimes became known, the Oath Keepers and many among the militia movement would distance from him.

Days after being acquitted of the federal charge, Dyer was freed from the Stephens County Detention Center on $150,000 bond for his original charge of child sexual abuse. One year later, and following seven hours of deliberation by a jury, his case would result in its first mistrial.

The trial was a first of its kind in how it was handled in Stephens County District Court. Due to pre-trial publicity, the sheriff’s office undertook heightened security precautions. It was also the first county trial that explicitly banned cell phones from the courtroom.

Dyer would often mingle with members of the press covering the case during breaks. Many believed he was courting the spotlight as a means of gaining publicity, hoping it would resonate among the fringe-right movement.

The story would take a trio of strange turns before its return to the courtroom.

Within two weeks of the trial’s end, the child’s grandfather was jailed for pointing a gun at Dyer while awaiting his re-trial.

Days before Dyer was slated to return to court for trial, his trailer home near Bray was burned to the ground. An unidentified woman was arrested for second-degree arson, although investigators often stated their suspicions that Dyer was involved in its destruction. No link between him and the fire has ever been conclusively proven.

Dyer was slated to appear for his retrial on the child sexual abuse charge, as well as a count of concealing stolen property. Instead, he went on the run.

For two weeks, law enforcement from the local and state levels were joined by the FBI in the hunt for Dyer. Many of his followers and friends had posted videos online describing their intent to help him evade capture. Dyer, himself, posted a video warning law enforcement of his intent to arm himself if they appeared at his home.

Following a sighting of Dyer near Sealy, Texas, the focus of the manhunt dialed into south Texas. He was considered to be “armed and dangerous” and each day on the run built up a sense of unease, according to Stephens County Sheriff Wayne McKinney at the time.

Dyer claimed the assault charge was part of a conspiracy against him, At the time, many who remained on his side among the militia movement concurred.

A woman law enforcement said might be with him called The Constitution at the height of the manhunt to offer her insight and to deny she was with Dyer. Deborah Swan called him, “kind of the poster boy for the militia world.”

Swan said Dyer was considered a “lone wolf.” He had trained with her group, Texas Militia, before everything went down. After getting to know him, she said she became a supporter and believed him innocent. She believed his troubles stemmed from not working among the militia movement as a law enforcement informant and that he was being used as an example during the run-up to the tenth anniversary of the 9/11 attack.

The FBI named Dyer to its “Most Wanted” list and set up digital billboards in 12 states. After an initial sighting of Dyer near Stephen F. Austin State Park near Sealy, Texas, the manhunt tightened near Rosenberg, Texas, around the Brazos Bend State Park. A man matching his description was reported to be knocking on doors of homes nearby offering money for a ride to Houston, Texas.

The want for a cherry limeade would end Dyer’s time on the run on Aug. 25, 2011. It happened near Pecan Grove, about 30 miles southwest of Houston. He’d been in the thick of a concentrated search area for law enforcement. And he was thirsty.

According to Swan following her visit with him in jail immediately after his arrest, he’d emerged from cover where he’d been hiding and walked to a Sonic restaurant. Fort Bend County Sheriff’s Deputies responded to a call of a suspicious man walking along the roadway. The end neared.

After first giving a false identification, Dyer surrendered to authorities. He was unarmed but was carrying $1,000 in cash. He told police he’d been hiding in the brush near the side of a nearby creek for five or six days. He’d disassembled his handgun and thrown it into the Brazos River. Police had been as close as 10 meters from him during the search of the area the previous days, he said.

Sheriff McKinney flew down to Fort Bend County, Texas, to pick up his fugitive. He said Dyer seemed “almost beaten” and worn down from his time on the run. Hounded at every turn he said it was time to give up.

Dyer was slated to begin his second trial in January 2012. This, too, would end in mistrial. It was discovered that three jurors on two panels of jurors had received a letter and survey from the District Attorney’s Office regarding the previous week’s jury trials. The ruling in this trial and another put 28 potential jurors out of the pool making trials untenable for the docket.

In April 2012, Dyer’s case went before judge and jury. The defense offered a presentation about a deep state web of conspiracy and the defendant was its target. Although adamant of his innocence, Dyer’s testimony from the witness stand didn’t sway the jurors.

Video testimony from the young girl of being sexually abused from her interview with a forensic examiner in 2009 is what impacted. Within three hours their verdict was affirmed.

“At times throughout this investigation, Charles Dyer caused circus-like sideshows by espousing his political views, intertwining them with aspects of this case, and claiming his prosecution was a federal government conspiracy,” McKinney said shortly after Dyer received his 30 year sentence. “But, again, the case in court this week was solely about his interaction with a child.”

There still remained those who believed that it was a frame up for the “July4Patriot.”

In a fundraising letter “To the Patriot Community” written by Dyer’s mother, Jan, in November 2012 following her son’s conviction, she said there were questions about the DNA evidence used against her son, as well as about computer evidence that was used and the refusal to allow the completion of a polygraph. She also cited inconsistencies in statements from the witness stand during his trial.

“I know in my heart that Charles was set up and by whom, but I have no hard evidence and will not make rash claims,” she wrote.

In the years that have followed, none of this exculpatory information has come to light. Dyer remains imprisoned. His once thriving YouTube channel was removed. That goes as well for his postings to many Oath Keeper, militia and Tea Party websites where he would share his philosophy.

In the end, the self-described patriot is in the penitentiary, found guilty of sexually abusing a 6 year old girl.

Episode No. 4 of Redder Dirt: An OK Crime Cast

Episode No. 4 of Redder Dirt: An OK Crime Cast