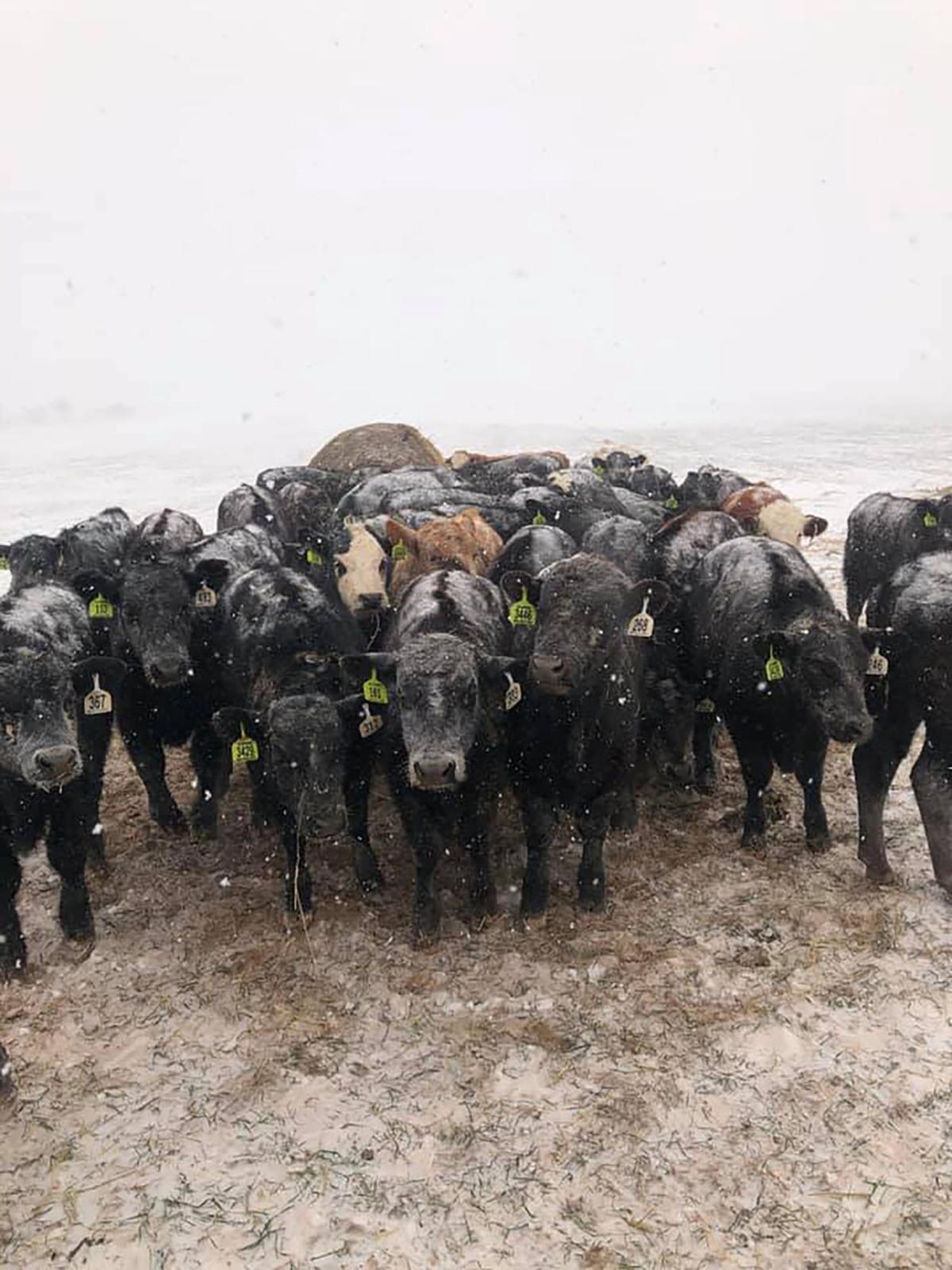 Cold cows huddle together during blizzard-like conditions. Freezing temps in Oklahoma this week caused diesel engines to seize up, right in the middle of calving season. 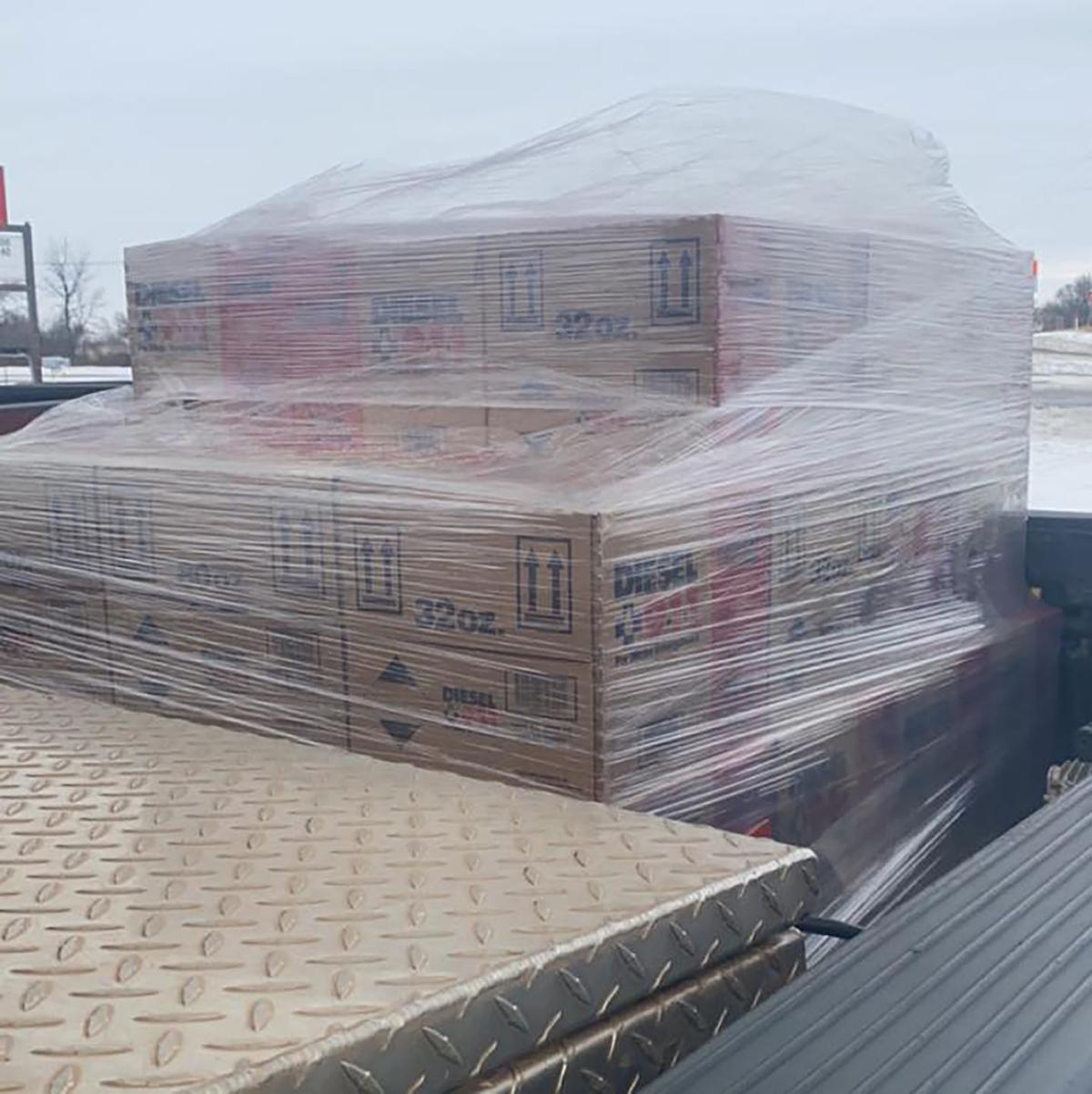 Cold cows huddle together during blizzard-like conditions. Freezing temps in Oklahoma this week caused diesel engines to seize up, right in the middle of calving season.

FREDERICK — Box Inc., a small, family-owned business in Frederick, has been keeping the rural community’s ranchers and farmers supplied for the last 50 years. During this week’s record-breaking winter storm, the company went out of its way to support its community.

In the world of rural agriculture, diesel is king. From trucks and tractors to balers and backhoes, diesel fuels two-thirds of agriculture equipment in the U.S. During the cold winters in the north, diesel is mixed with an additive that keeps it from gelling and causing engines to seize up.

But in the south, the weather rarely dips as low as 15 degrees, the temperature at which diesel begins to gel. For those rare days when the weather does get cold enough, Jeff Patterson, the parts manager at Box Inc., owned by Louis Box, recommends a case of diesel anti-gel additive. The problem is, with the typically mild Oklahoma winters, the store has never stocked very much of this additive.

“We stock the anti-gel regularly, but only in small quantities. We just don’t see temps like this in Southwest Oklahoma, it’s not something a lot of people are prepared for,” Patterson said. “You know, our goal as a farm store is to keep our customers going through these tough times. You’ve got to have a backup plan.”

Their small supply quickly ran out, leaving the area’s farmers and ranchers with immovable vehicles, right in the middle of calving season when farmers have to be in the fields with their cattle as they give birth.

Patterson checked with the store’s supplier to see if he could get an emergency order placed, but the supplier, located in Dallas, was not only out of stock, but out of power. What happened next stands as an example of Oklahoma ingenuity and drive.

“It was actually kind of an accident. We were looking at the label on this additive and found out that the factory that manufactures it is in Weatherford, Texas. We called them up and they agreed to sell us direct, so we took off to get it,” Patterson said.

Tuesday morning, an employee from Box Inc. jumped in a pickup and drove through blizzard-like conditions down to Weatherford and picked up a pallet of anti-gel additive. The six-hour round trip paid off, and when the supplies made it back to Fredrick around 5 p.m. Tuesday night, a new round of snow had started.

“At that point I don’t know if you could have found it anywhere else in the state of Oklahoma, these blizzard conditions had everyone in the same boat,” Patterson said.

Joe Don Dickey, a farmer from the Fredrick area and a long-time customer of Box Inc., had nothing but words of gratitude for the store’s efforts.

“They saved our lives, and a lot of other peoples’ and got them back up and running. They could have just said we will put it on order and it might come in next week, but they put a person on the road to get us some and kept this community going,” Dickey said. “With all of the spring calving going on right now you’ve got to have dependable vehicles. We’re very appreciative to them and their staff, I can’t say enough about the great job they did.”