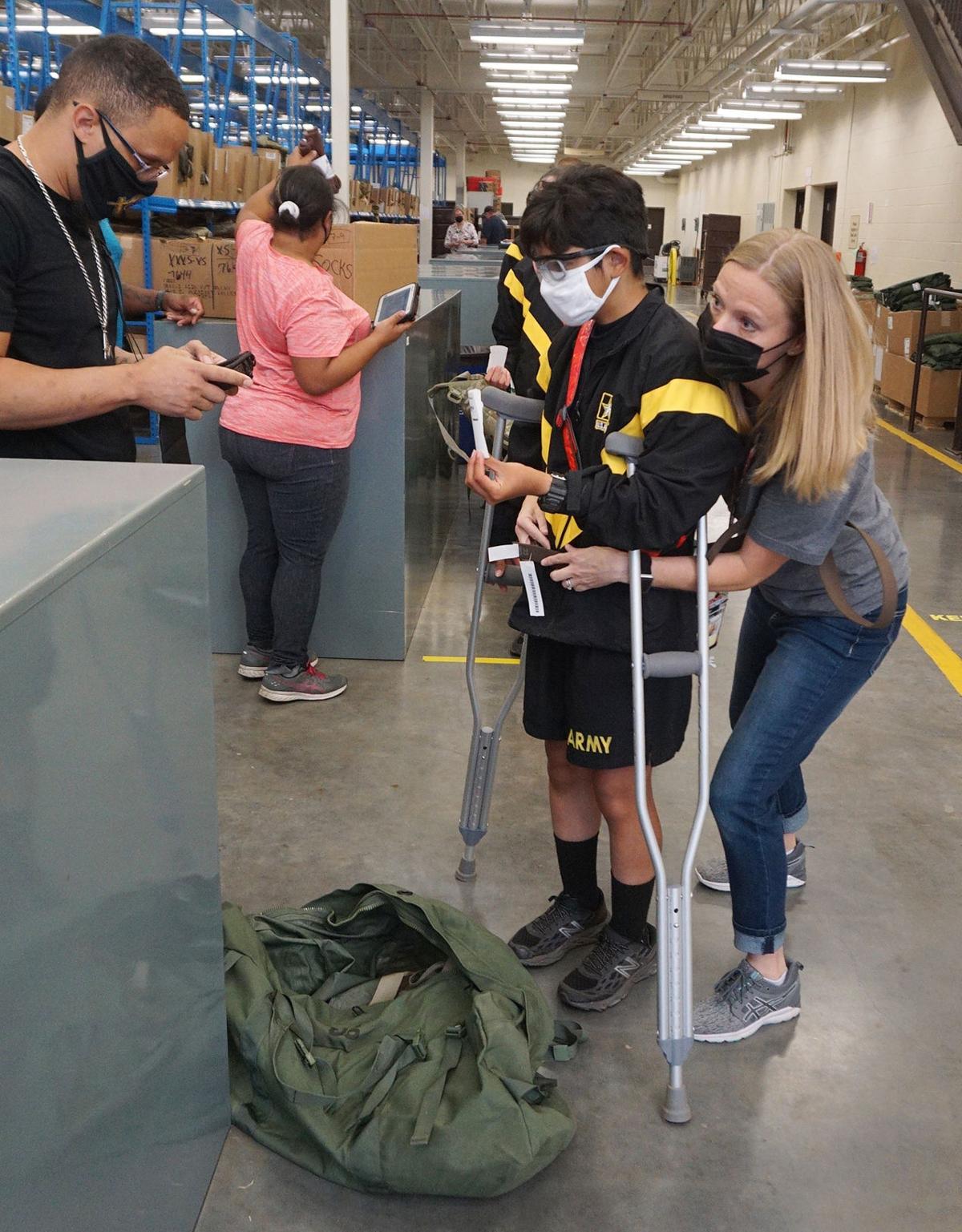 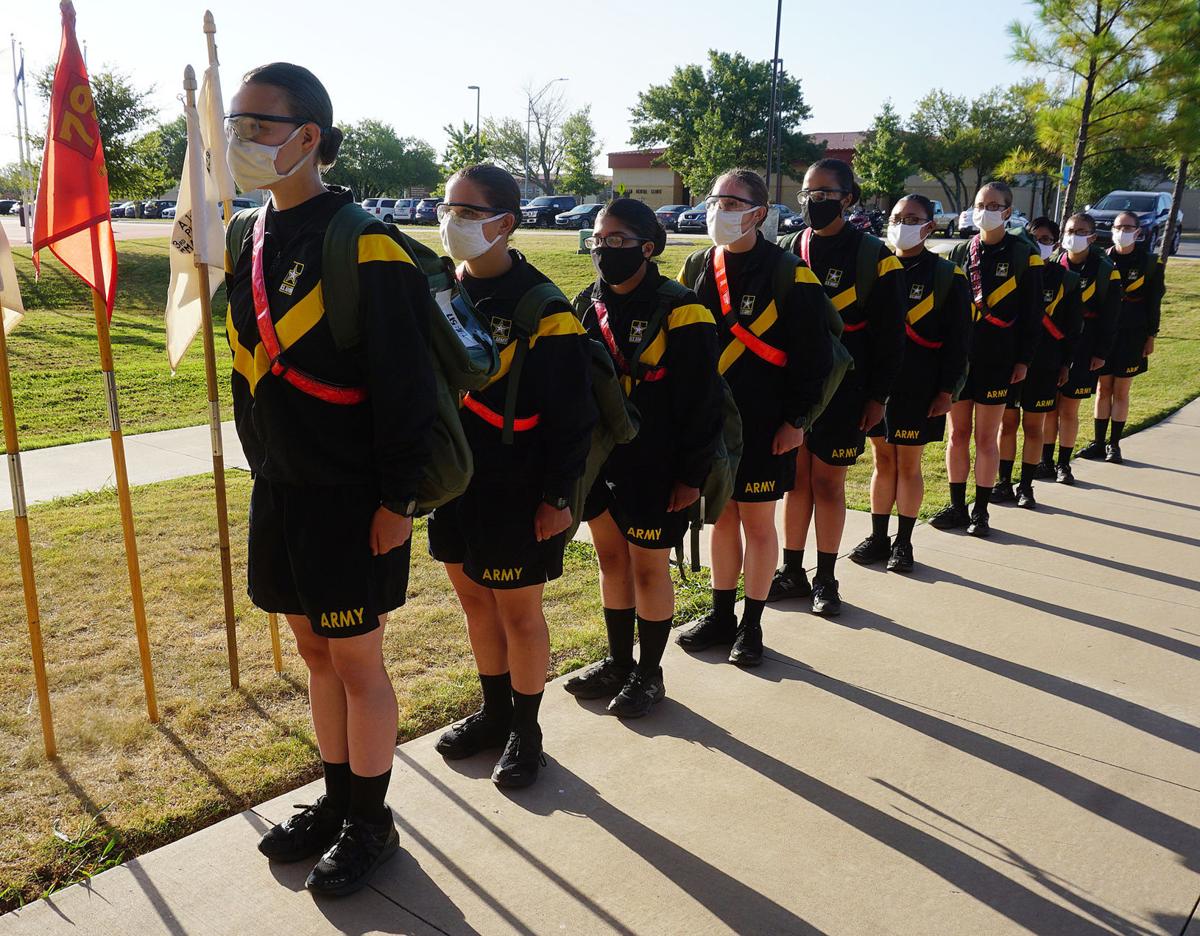 A Combat Basic Training battery at Fort Sill is the first in the U.S. Army to get the new Army Green Service Uniform, a retro-style dress uniform modeled after the one worn by Gen. Dwight D. Eisenhower and other notables during World War II.

“Matter of fact, we’re the first Army training base to get the Army Green Service Uniform, which is pretty neat for obviously these soldiers in training and obviously for the leadership,” 434th Field Artillery Command Sgt. Maj. Donald Harding said as nearly 200 trainees in A Battery, 1st Battalion, 79th Field Artillery waited outside the Vessey Hall Clothing Initial Issue Point Wednesday to receive the various components of their new uniforms.

Drill sergeants with 434th FA Brigade were issued their Army Green Service Uniforms the first week of September, during a three-night event at the Military Clothing store inside the PXtra.

Harding said he had nothing to do with the decision for Fort Sill to be the first to get new uniforms, as it came down from higher headquarters. He’s definitely proud that trainees here are first in line “because it brings back the tradition and the histories of the U.S. Army.”

The decision as to which battery here would get the uniforms was based on timing and the phase of training, Harding said. The brigade was given a date for the issue to take place, and it so happened that this battery was in week five of the second phase of their “2+8” training cycle.

“So they’ll come through, they’ll get the sizing, and then they get the alterations done here at CIIP, and then they’ll come back here in about three weeks or so to receive the tailored uniform and turn it in to dry cleaning for the graduation week,” he said.

The senior enlisted man for 434th FA Brigade does not yet own a set himself, but expects to get one as battalion and brigade command teams are getting over to the store to buy the issue.

Luis Navas, chief of supply services for Fort Sill, said the uniform is a big deal in the Army right now – “they’ve been working toward this day for a long, long time. We have a lot of people from outside, in the Army, just looking at what we do, how we do it, the quality of the product, so we can improve from this point on.”

Each trainee is issued one uniform free of charge. They get the jacket, pants, dress shirt, brown oxfords, matching socks, their rank, two T-shirts (one long-sleeve, the other short), ties, gloves and the garrison cap. Female trainees were segregated from the males and taken to changing rooms upstairs to be fitted for their version of the Army Green Service Uniform.

Since the trainees get only one suit of dress clothes, everyone gets instructions on how to take care of their uniform and make it last for a long time.

Navas said basic training units run around 240 personnel, and he was told that 150-200 would be going through the CIIP Wednesday for the issue.

Meanwhile, says Harding, personnel assigned to the brigade are pumped up about plans for Thanksgiving and holiday block leave in the next two months. The annual block leave gives hard-working drill sergeants and cadre some time off as the trainees depart in waves to spend the holidays with their loved ones.

“Thanksgiving’s huge. Obviously the DFACs (dining facilities) put on a great display and obviously all the food choices that the trainees will get. The leadership goes in to serve at the DFAC, so we will serve all the soldiers as they come through. There will be no shortage of food on Thanksgiving day,” he promised.