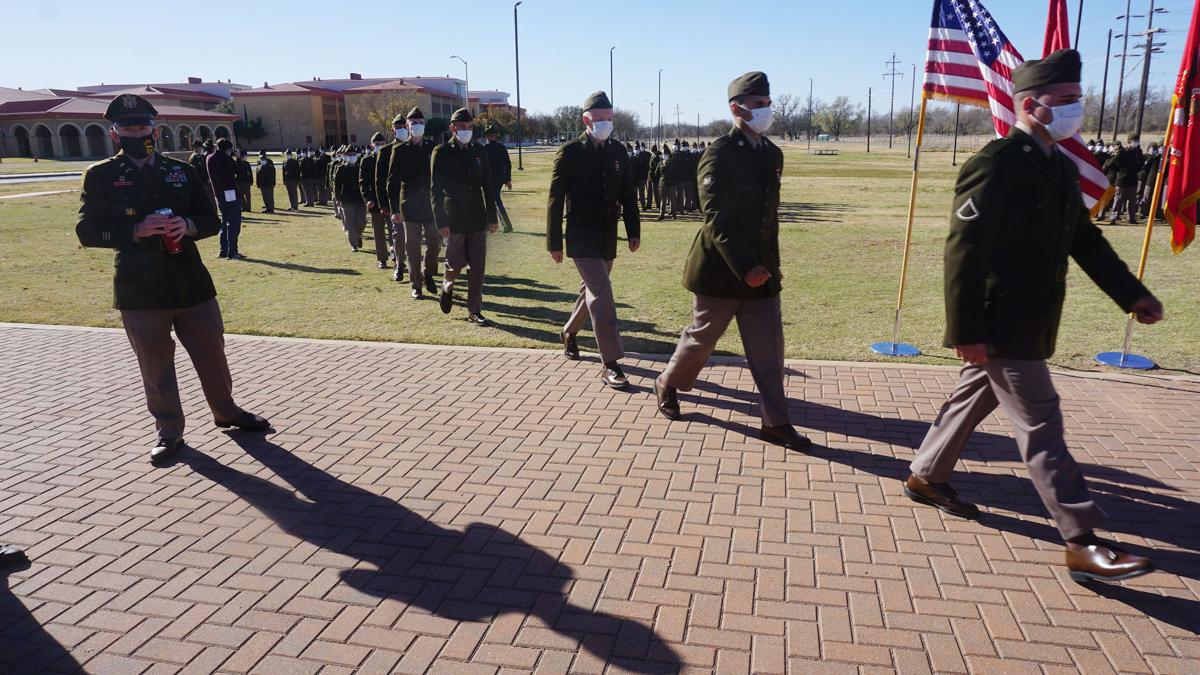 Soldiers of class 64-20 march off the field Monday after graduating in the new Army Green Service Uniform. 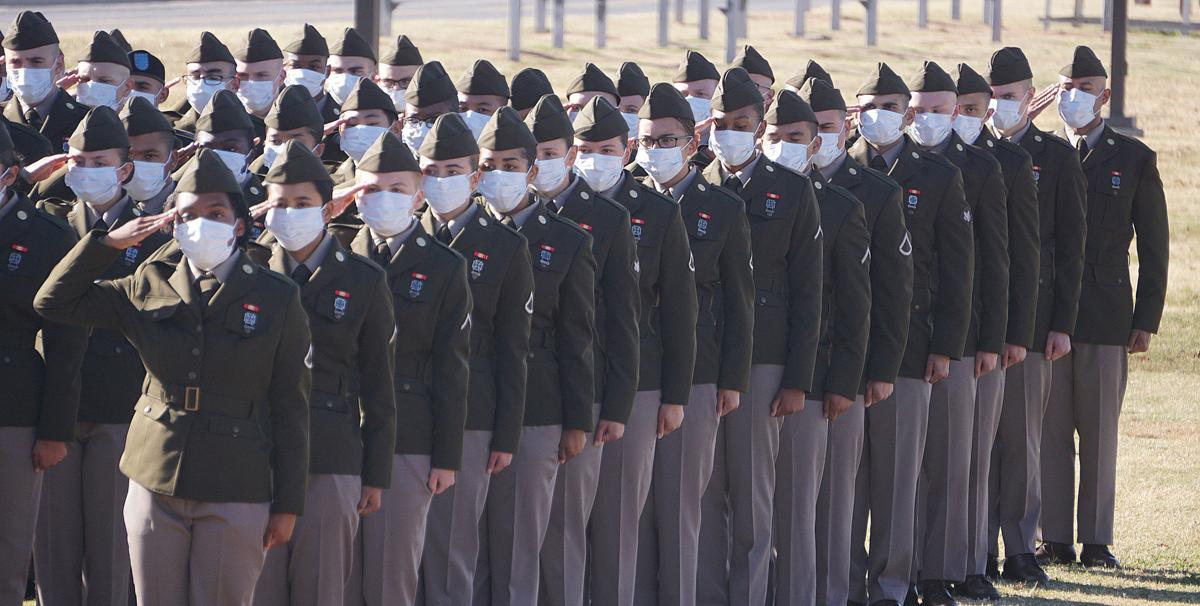 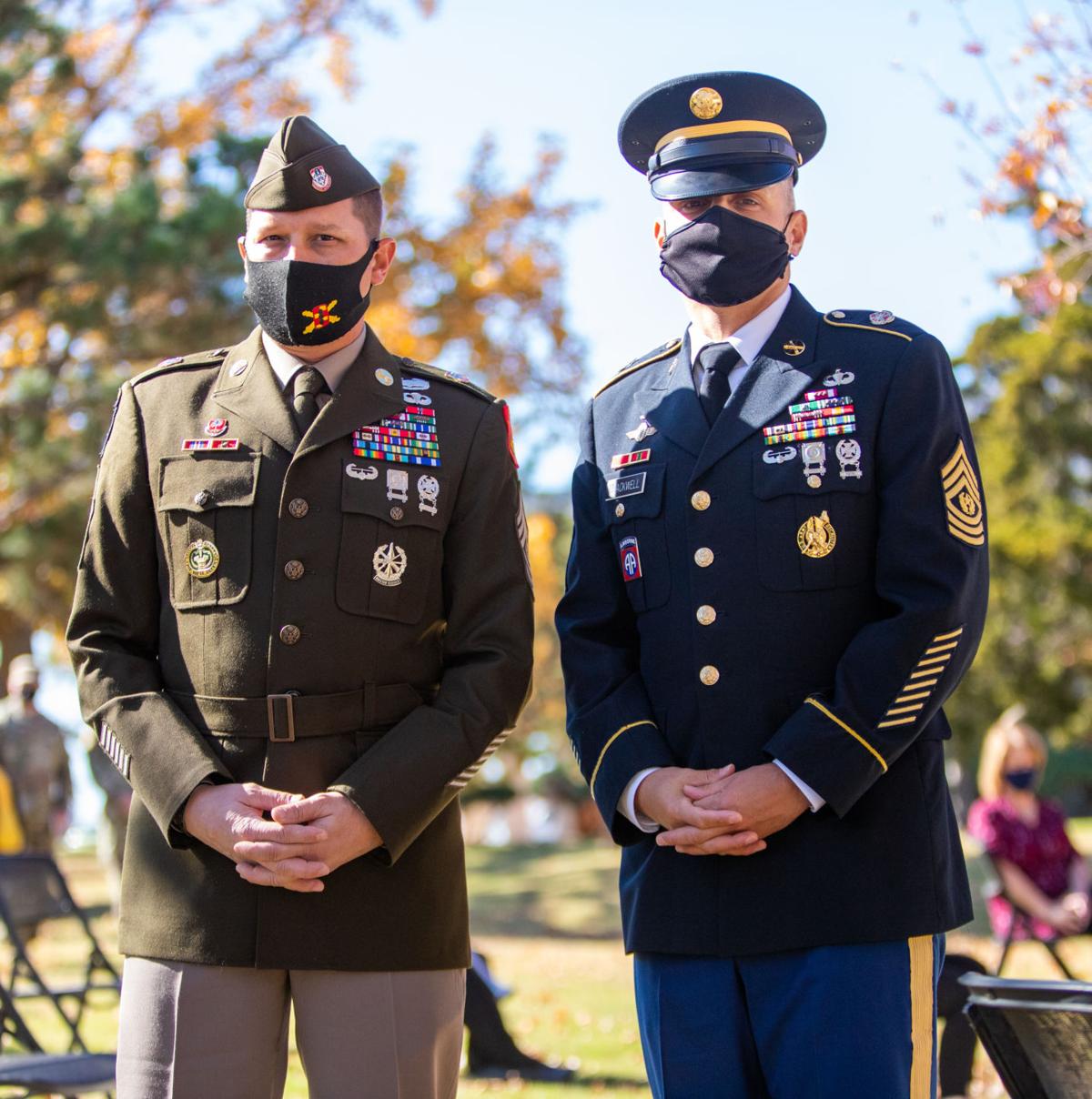 Soldiers of class 64-20 march off the field Monday after graduating in the new Army Green Service Uniform.

Fort Sill’s latest graduating class of basic trainees were the first in the Army to don the spiffy new duds that harken back to the uniforms worn by the Greatest Generation.

Col. Daniel Blackmon, Commander of the 434th Artillery Brigade, expressed what an honor it was to share a uniform with his father and grandfather who both served in the Army Air Corps during World War II.

“This is really special for me personally because this uniform was originally worn by the Army Air Corps,” Blackmon said. “My dad and grandfather both served in the Army Air Corps in World War II so wearing the same uniform as them is humbling.”

The Department of the Army began looking for a uniform that was less formal than the current Army Service Uniform and something that was casual enough to be worn in a business or office setting. Rather than design something completely new, the Army looked to history and chose the historic ‘Pinks and Greens’. The nickname is in reference to how soldiers in WWII referred to the pants, which had a pink hue to them.

The new uniforms also mark the first time the Army assembled a panel of women to provide feedback on how the uniform fits and feels for female soldiers.

One of that panel’s suggestions was to make trousers the default uniform item for women rather than a skirt — making women’s and men’s uniforms essentially the same. However, the skirt will remain an optional item that soldiers can also purchase.

Pvt. Rebeca Beaird of Houston, Texas, graduated in the new uniforms Monday. She said having the same uniform as the men was something that really stood out to her.

“I think it’s great,” said Beaird. “Equal opportunity is really growing in the Army and to see that change is really nice, especially being a minority coming into the Army and just knowing no matter who I’m next to, we are all American soldiers regardless of our sexuality, gender or race.”

Most soldiers will be able to purchase the new uniforms at a cost of $750 with their annual clothing allowance in March 2021. However, the new uniforms, which includes a coat, shirt, tie, socks, trousers, belt and a garrison cap, won’t become mandatory until October 2027, said a spokesperson for Fort Sill.

The Army has made several uniform changes in recent years that were not always popular with soldiers. The issuing of the black beret in 2000 and the Army Combat Uniform in 2004 were just a couple of uniform problems suffered by the Army. However Blackmon believes this was a good choice for the Army and he’s heard nothing but positive feedback from the soldiers in his command.