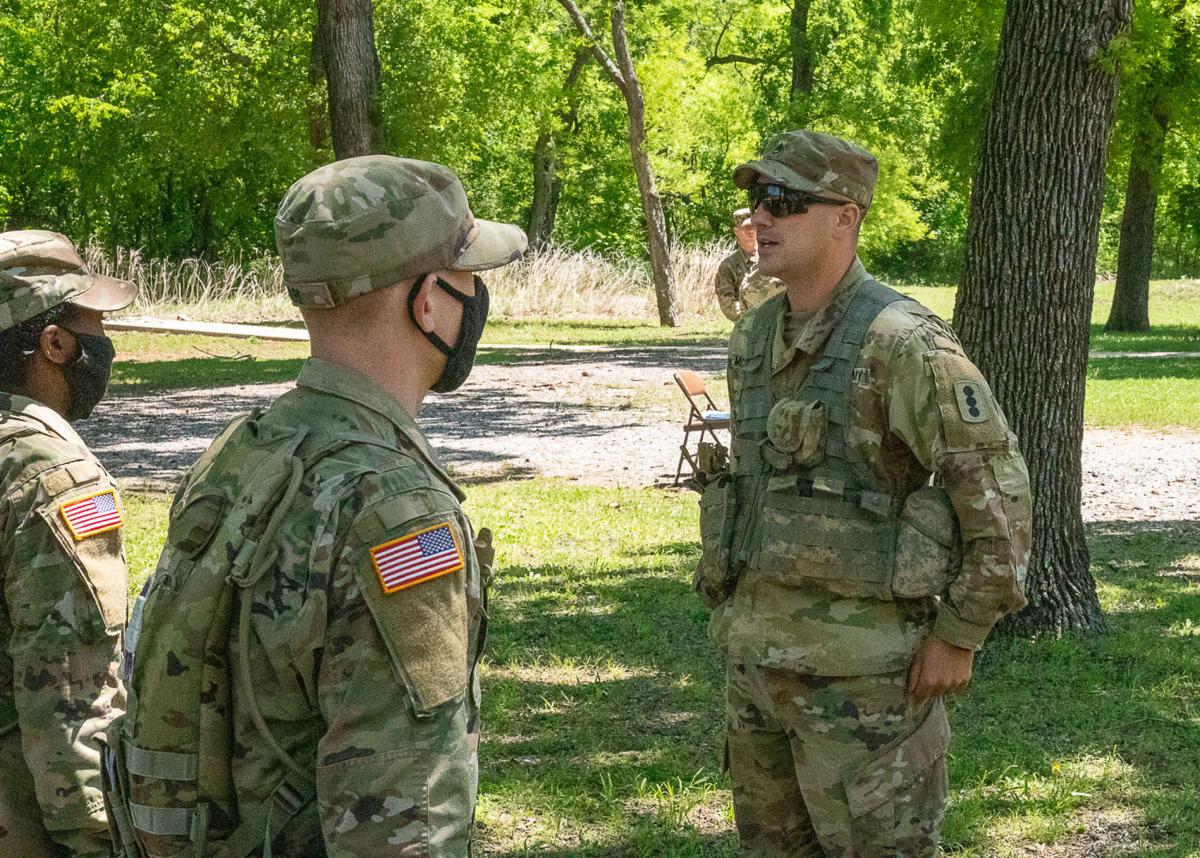 Drill Sergeant Staff Sergeant Brett McGillivray with the 434th Field Artillery Brigade Basic Combat Training, get graded for his ability to teach drill and ceremony to trainees during the 2021 Drill Sergeant of the Year competition Tuesday. 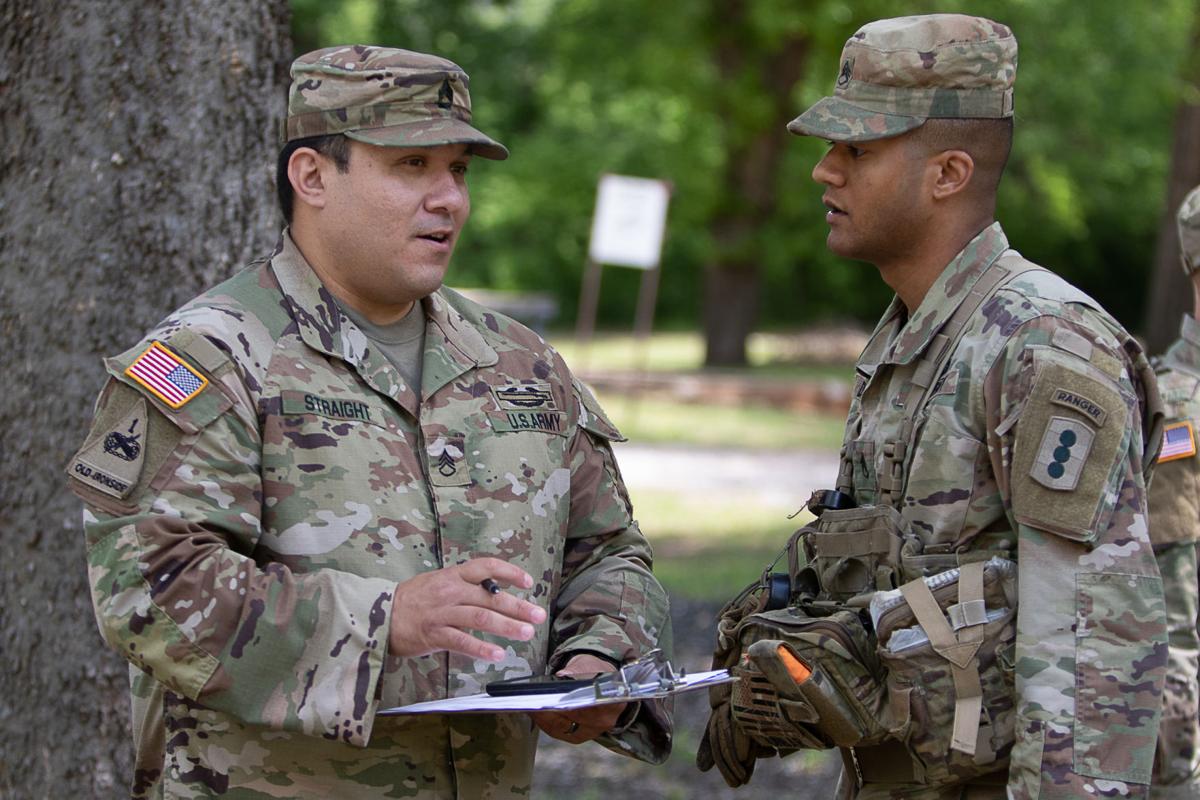 Drill Sergeant Staff Sergeant Brett McGillivray with the 434th Field Artillery Brigade Basic Combat Training, get graded for his ability to teach drill and ceremony to trainees during the 2021 Drill Sergeant of the Year competition Tuesday.

Gone are the days of the drill sergeant screaming at a trainee with a vein popping out their forehead and the knife hand millimeters away from the trainee’s face. Now it’s about mentoring, and eight drill sergeants are competing to prove they’re the best.

Drill sergeants with the 434th Field Artillery Brigade Basic Combat Training are once again competing for the Drill Sergeant of the Year award this week.

In years past, drill sergeants were recognized and remembered for their ability to inflict misery on unsuspecting recruits while also ensuring the trainees became acutely aware of how little they meant to said drill sergeant. That’s all changed said 2020 Drill Sergeant of the Year Staff Sgt. William Tazwell IV.

“To win it takes a very physically fit person, but also an extremely knowledgeable person,” Tazwell said. “They can’t be one that’s just all about physical fitness but they’re not just rattling off information. They’re actually out there with the trainees and they’re demonstrating their ability to actually train and mentor these trainees, and that’s what this is all about.”

This year’s competition consists of over 50 events, said Tazwell. The drill sergeants will demonstrate their ability to teach drill, land navigation and physical fitness. However one of the toughest and most dreaded events, at least for one competitor, is the board. The board is made of the brigade command sergeant major and battalion command sergeants major. The contenders will stand before a panel where they will be grilled on everything from wear and appearance of the military uniform, military history, tactical and professional applications and many other topics.

Everybody’s worried about the board,” Staff Sgt. Brett McGillivray said. “Nobody likes boards. I’m a more physical guy and that’s going to be a board of the brigade’s sergeants major and they will be asking us questions about the military. That can be intimidating.”

Initially, McGillivray wasn’t keen on the idea of participating in the Drill Sergeant of the Year competition, but after the first day, he said he’s excited to be there and determined to win.

“It’s a great opportunity, but at first when I was ‘voluntold’ to do it I wasn’t really too excited about it,” McGillivray said. “But now that I’m here I’m just diving in and fully committing to it and just having fun. That’s the ultimate key you know, just have fun. Whether you win or lose, just have fun.”

The competition will continue through Thursday with the winner announced during a ceremony Friday. From here the winner will compete with other brigades for the Fires Center of Excellence and Fort Sill’s Drill Sergeant of the Year. Those winners may get to compete against drill sergeants from across the nation for the U.S. Army Training and Doctrine Command Drill Sergeant of the Year.