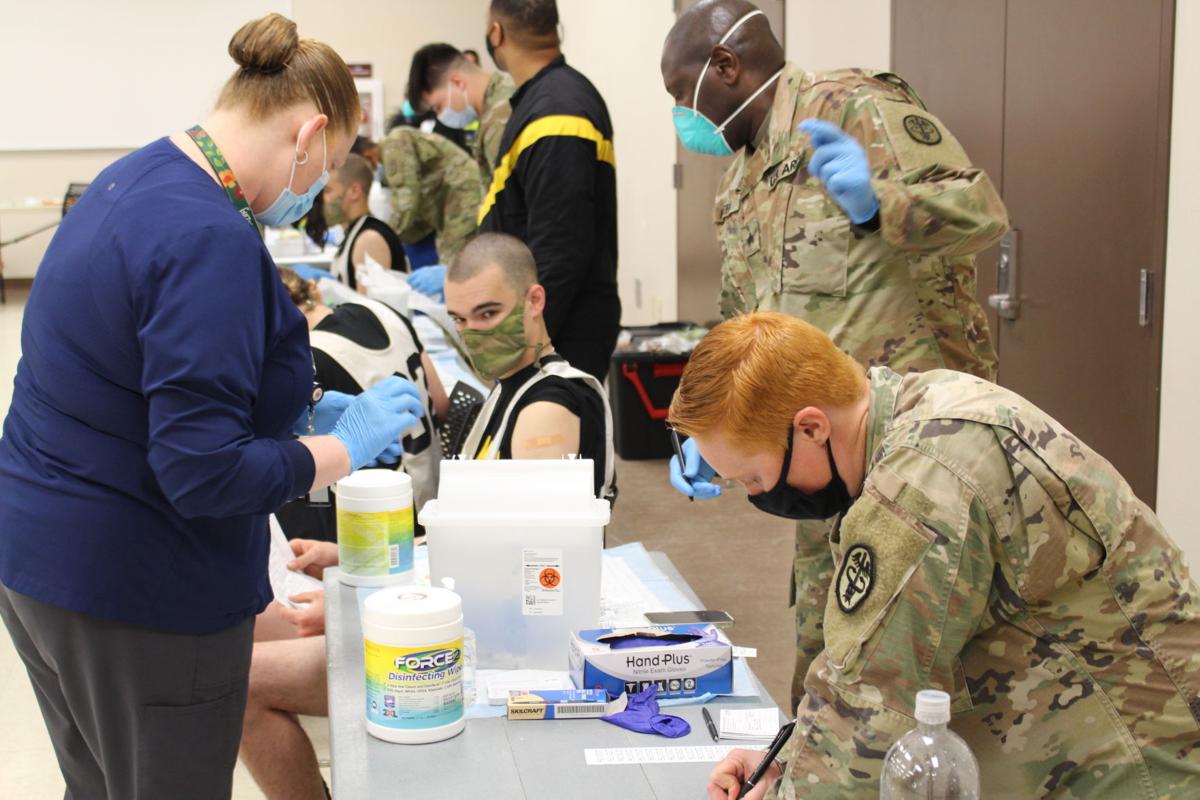 Fort Sill medical staff began vaccinating basic trainees Monday. Roughly 100 trainees volunteered for the vaccine, helping the Army to reach its goal of 80 percent of its forces vaccinated by July 4. 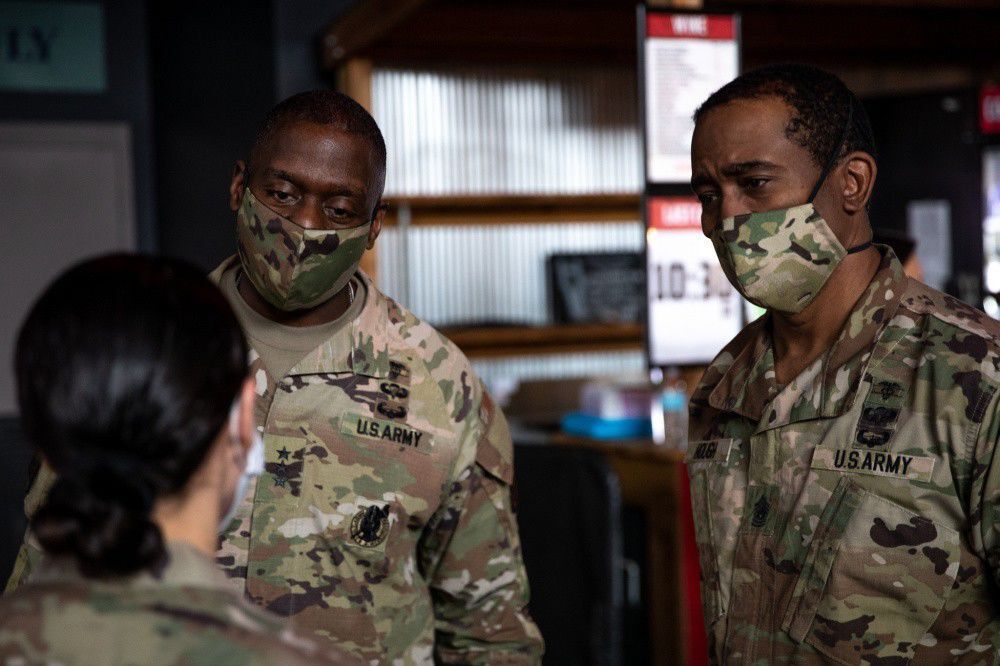 Fort Sill medical staff began vaccinating basic trainees Monday. Roughly 100 trainees volunteered for the vaccine, helping the Army to reach its goal of 80 percent of its forces vaccinated by July 4.

Roughly 100 basic combat trainees (BCT) became the first trainees in the Army to be offered the COVID-19 vaccination Monday. These vaccines are part of meeting the Army’s goal of vaccinating 80 percent of its forces by the Fourth of July, said Fort Sill officials.

The goal toward 80 percent is part of a “full-court press” to vaccinate soldiers, said Lt. Gen. R. Scott Dingle, commanding general of U.S. Army Medical Command, during a webinar hosted by the Association of the U.S. Army April 14.

“We are resourced to meet any goal the Army gives us,” said Fort Sill Chief of Staff, Col. Lee Overby. “We continue to place the health and safety of our formations, their families, and the Lawton Fort Sill community as our top priority. We strongly encourage every Soldier to get vaccinated because we care for each other.”

“Really what it does is it decreases the amount of time which we’re mitigating COVID-19,” Larson said. “If the (trainees) are vaccinated, training runs much more efficiently and it helps the drill sergeants as well, because now the drill sergeants aren’t spending 5 to 10 percent of their day in COVID mitigation. They can simply conduct the training, and that’s what we’re here to do is to train the soldier.”

Getting soldiers or trainees to volunteer for something when they have a choice not to is a challenge, however. The challenge is building trust in the vaccines with the soldiers.

That trust has been about more than relaying information, but also listening to Soldiers and answering their questions regarding vaccine safety, said Command Sgt. Maj. Diamond D. Hough, the senior enlisted leader of MEDCOM.

“I’ve engaged with soldiers and clarified their questions,” he said during the virtual event. “We’ve had good results, and that’s why I think we see an uptick on soldiers’ vaccines across all components of the Army.”

During those conversations, Hough said he understood why vaccine safety was a concern. Whether it be their family histories or misinformation shared online, it can be a challenge for soldiers to get accurate information, he said.

The shot still isn’t mandatory under its current emergency use status, but that could change by the end of the year.

“We are anticipating that hopefully by the end of this calendar year, that it will have (Food and Drug Administration) full approval so that the Department of Defense can direct it,” Dingle said.

As of April 14, the Army has administered nearly 700,000 doses and roughly 67 percent of those recipients have been fully vaccinated, said Maj. Gen. Jill Faris, interim deputy chief of staff for operations at MEDCOM, during a press conference April 8. Those numbers include people from previous tiers in the schema who have reconsidered not getting vaccinated.

The availability of the vaccine is also instrumental in the Army’s decision to re-open graduations to the public.

During a virtual Town Hall meeting April 20, Maj. Gen. Ken Kamper, Commanding General of the Fires Center of Excellence and Fort Sill, announced BCT and AIT will open graduations to the public beginning May 21 for BCT and June 3 for AIT.

“Family days are going to be reinstated and that helps the local economy in Lawton but really it provides the general public the opportunity to come to Fort Sill and see how we are conducting training,” Larson said. “It’s always fun to see family members watching their kids do something really positive and for some of these parents, it’s the first time they’ve ever been exposed to the military. That’s what it’s kind of about — it’s not just about graduating our trainees but communicating to the general public what the Army is all about.”