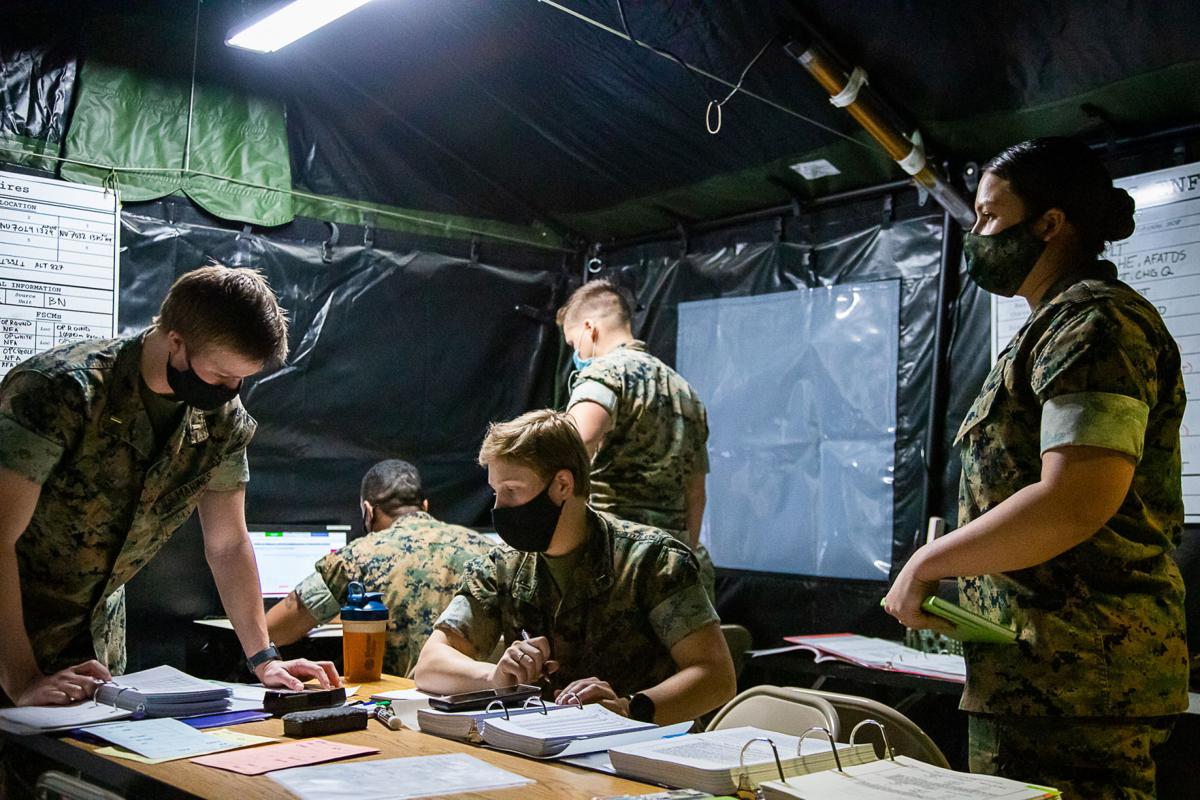 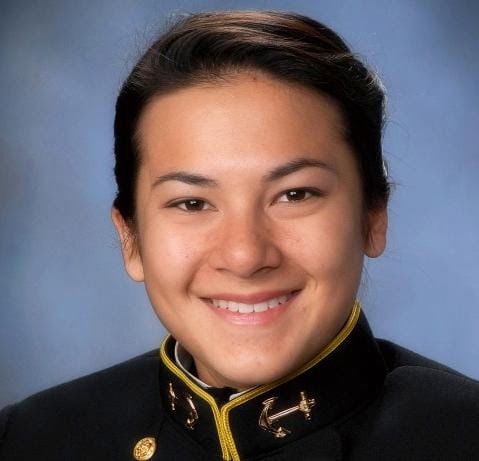 The road to 1st. Lt. Aria’s Dang groundbreaking role in the Marine field artillery wound through places farther afield than the halls of Montezuma and the shores of Tripoli.

Dang — the first woman instructor in the Marines Field Artillery Basic Officers Leaders Course at Fort Sill — has been an instructor in the course just over a year. Her job is to train newly commissioned second lieutenants in the art of fire support. And because she’s the only woman Marine instructor she’s helping to pave the way for women in combat arms throughout the Marine Corps.

The multi-generational road to Fort Sill included a prominent military heritage in Vietnam and a mentor’s service and sacrifice in Iraq.

Dang grew up in a family with a deeply ingrained connection to the U.S. military. Her grandfather served in the highest ranks of the South Vietnamese military during the Vietnam War, and her father, Hung Dang, and his family became refugees during the turmoil when Saigon fell on April 30, 1975. At 10 years old, her father and family were rescued by U.S. Marines before the North Vietnamese Army could reach them. The family was brought to the safety of the United States where they were granted citizenship. It was her father’s gratitude for the Marines role in saving his family that led to Dang’s drive to serve her country.

“I’m the product of my father, a Vietnamese refugee,” Dang said. “I think I was just raised on the idea of what America can do for others around the world and how America helped his family. He wanted to give back and that was instilled in me. I also liked the idea of service, of doing something for a bigger purpose.”

Born in Walnut Creek, California, Dang grew up in Livermore and attended Livermore High School, graduating in 2013 before being accepted to the U.S. Naval Academy’s Class of 2017. While there she competed with the women’s rowing team and was a member of the Patriot League Academic Honor Roll all four years.

While Dang was a junior at the academy, the Defense Department opened combat arms career fields, including field artillery, to women. At the time, Dang said, she hadn’t really considered joining the Marines and had been looking at different career fields in the Navy. However, a professor, whom she considered a mentor, approached her with the idea of not only joining the Marines, but taking on the challenge of field artillery.

“His name was Major Lampert and he was an infantry officer who had lost both legs in the Iraq War,” Dang said. “He thought I would be a very good artillery officer just from what he knew about me as a rower at the academy. Being told by a mentor and someone that you respect who’s also done some hard things in the military that you are capable of also doing this, even though no women have really gone before you at this point, just gave me the confidence to say ‘Yeah, I think I could do this.’”

From there, the Marines and artillery were an easy choice. She graduated from the academy, then attended The Basic School at Quantico, Virginia, where she learned the basics of being a Marine officer. After Quantico, she attended the Marines Field Artillery Basic Officers Leaders Course at Fort Sill and graduated at the top of her class. Dang then joined the Fleet Marine Force as an artillery second lieutenant — a predominantly and historically male position.

“I think a lot of people would believe the challenge would be the physical aspect of the job, but I don’t think that’s true,” Dang said. “Women have been doing very well as they’ve been integrated and just being given the opportunity to go in and prove that we can do the job. I think that’s what we’ve been waiting for.”

Combat arms is a tough job for anyone to get into and succeed. It’s demanding, both physically and mentally, but Dang accepted the challenge and began blazing a trail for future women to follow into the world of fire support and gunnery. The idea of women in combat arms is still new, but most Marines she has met have been welcoming and accommodating while not offering special treatment. It is a learning process, though. It’s something the Marines are adapting to but there are still many more conversations to have.

At her first unit, Dang said she and her male counterparts worked out a system for communal bathrooms and showers that were set up for male use. She said the system worked well for her and her fellow officers but another female officer who came in after her wasn’t comfortable with the arrangement. Together, Dang and the other officers approached the battery commander with the new officer’s concerns. The commander then had a wall knocked down to allow the officer to use his private bathroom to shower and change clothes.

“There’s a tendency to want a ‘one size fits all’ type of solution or for some people to say, ‘I’ll treat them just like I would a male Marine,’” Dang said. “ I understand that, but we can’t. Women are different and what may work for me may not be the best solution for another, but those are conversations we have to have.”

Being at the forefront of something as new as women in combat arms has other challenges. Young officers thrive under the mentorship and guidance of senior officers who can share their experiences with younger officers. The mentor can offer a roadmap to success, but women like Dang are now the mapmakers for this new era in the armed forces.

“All the time in the military, they say, ‘find a mentor, find someone who’s going to help you through your career and has been through what you’ve been through,’” Dang said. “So a lot of my peers, who went to different units than me, have been through trial and error trying to figure out how to best integrate into these units.”

Now that she’s at the Marines Field Artillery Basic Officers Leaders Course, Dang hopes not only to train the best artillery officers she can but also offer mentorship and guidance she’s benefited from.

“Join combat arms for your passion for the job and for no other reason than that,” is her advice for women considering a career in combat arms. “It’s not to prove that women can do it. We just were given the opportunity, the chance, and that’s what most of us were asking for. Just allow us the chance to have the opportunity to serve in these capacities for our country.

“Not every human being can do every single job in the world, but you have women out there who are capable of doing it. You’re going to have to work hard and you have to want it not only for yourself, but for the service of your Marines and for the job that you’re in.

“It’s not about proving your worth — the Marines are going to challenge you to do that every single day.”

Self Defense class at the Patterson Community Center