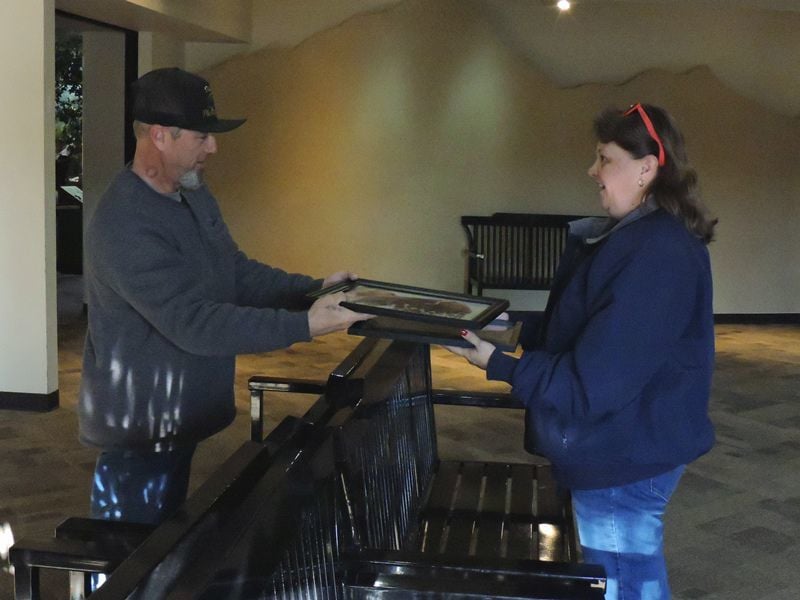 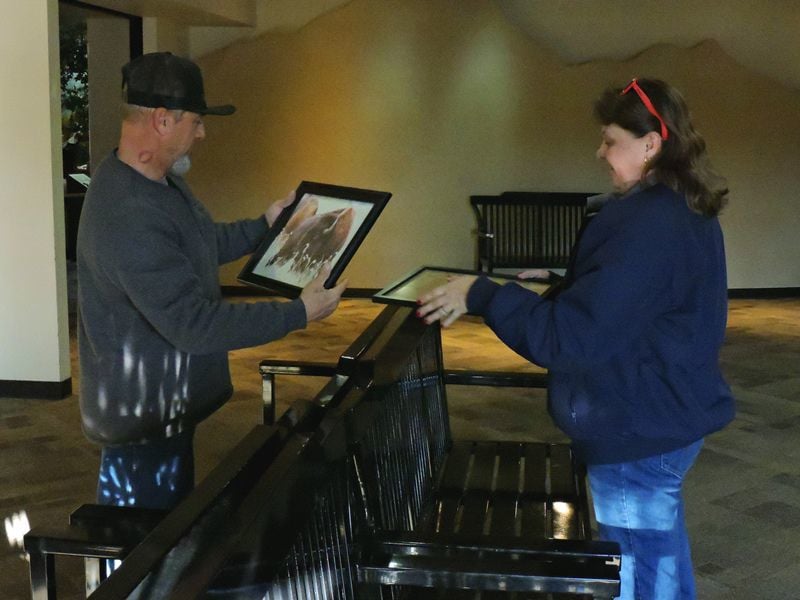 Richard Taylor was understandably excited to put up his first show ever Saturday. And so was his wife, Teresa. And so was their son, Dalton.

All three were in the gallery of the Wichita Mountains Wildlife Refuge Visitor Center to hang his digital photographs of deer, elk, raccoons and even an osprey, along with various landscapes, all of them shot on the refuge. There were 26 in all.

“Through the years I was able to hunt and fish on Fort Sill and at the Wichita Mountains Wildlife Refuge,” he writes. “This is where my love for wildlife began. Every opportunity I had, I would bring my camera to document my trips.

“As I grew older I also had a love for cars and would do photo shoots of cars at various car shows. But the car show scene is only a few months out of the year.

“I was searching for places for peace of mind with photo opportunities. This is what led me back to the Wichita Mountains Wildlife Refuge. My passion for the animals has become my focus in my photos, to show off the beauty of this great place and with my photos, to view the wildlife as I see it.”

Taylor has been a member of the Friends of the Wichitas for one year and an official member of the Wichita Wildlight Photographic Society since September. One of his photos appears in the Friends’ 2020 wall calendar. If you turn to the month of August, you’ll find a mama longhorn feeding her calf. It was Teresa who picked it out.

Taylor said his favorite subjects of late have been deer and elk, but he likes to do landscapes and he loves old cars.

By day he’s a concrete finisher for the City of Lawton streets department. This is his eighth year with the city. Off-duty, he can be found at Sticky’s Photography on Facebook.

“And I do not have image stabilizer on them,” he points out. “Ninety-five percent of them are shot off of my tripod. It’s a heavy combination sometimes going in and out, but it’s what produces.”

Refuge volunteer Donna Phillips said the exhibit will be on view through the end of January. Located at the Oklahoma 49-115 junction, the Refuge Visitor Center is open daily 9 a.m. to 5 p.m.