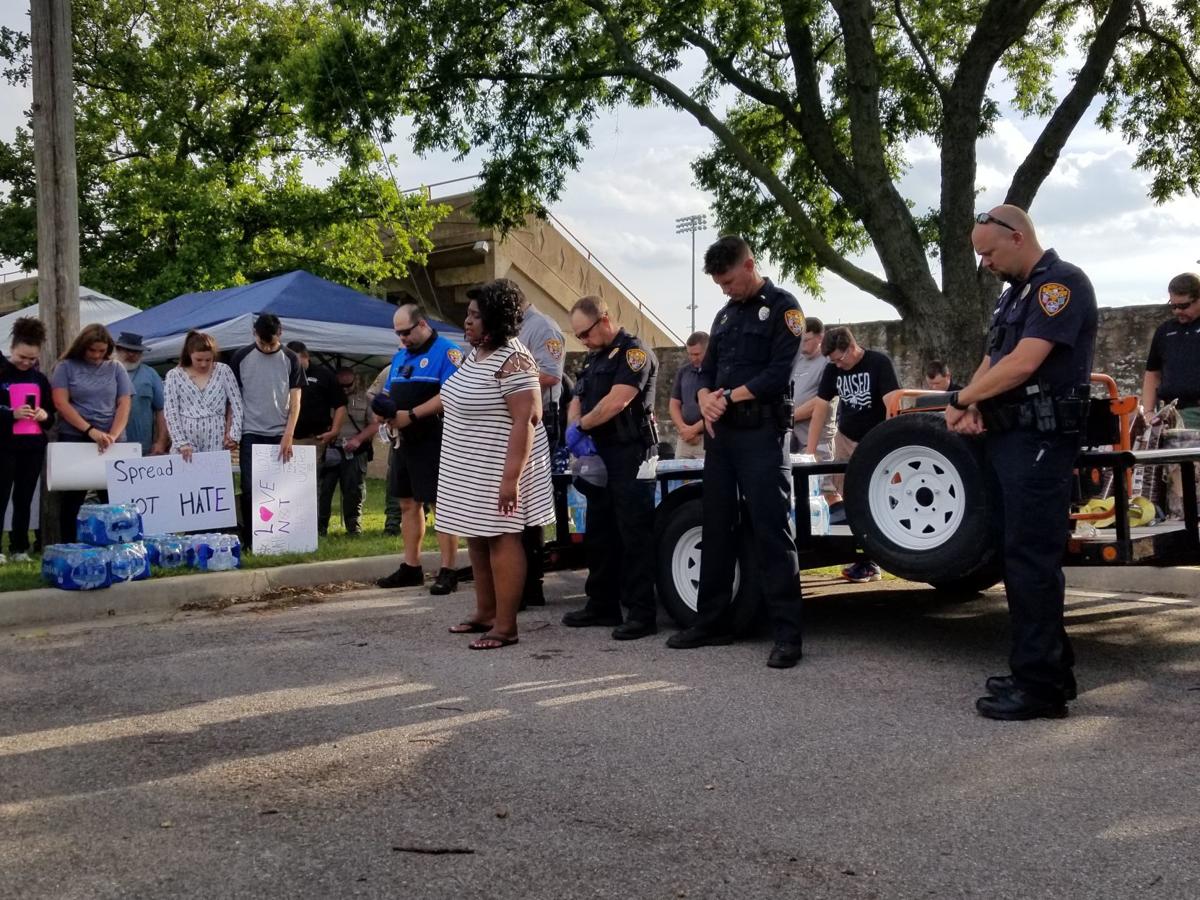 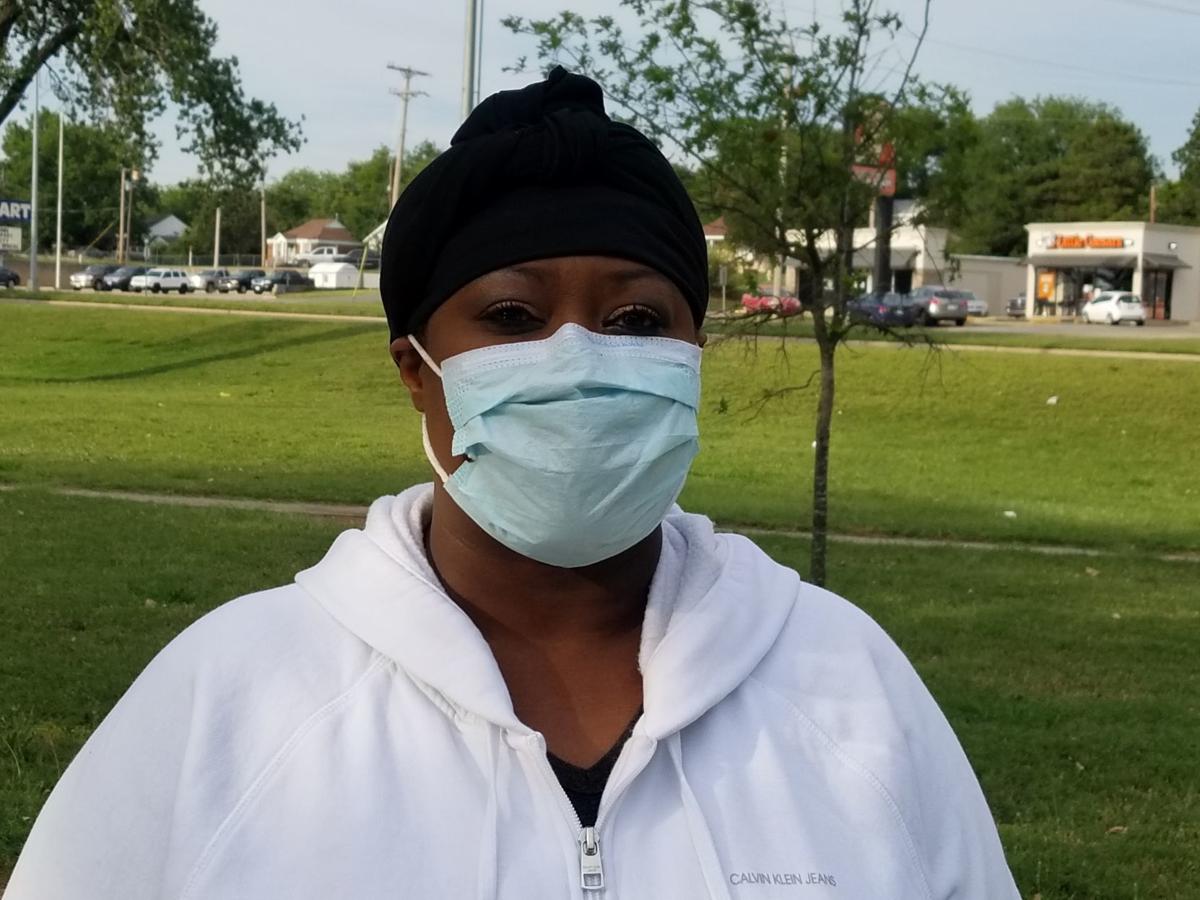 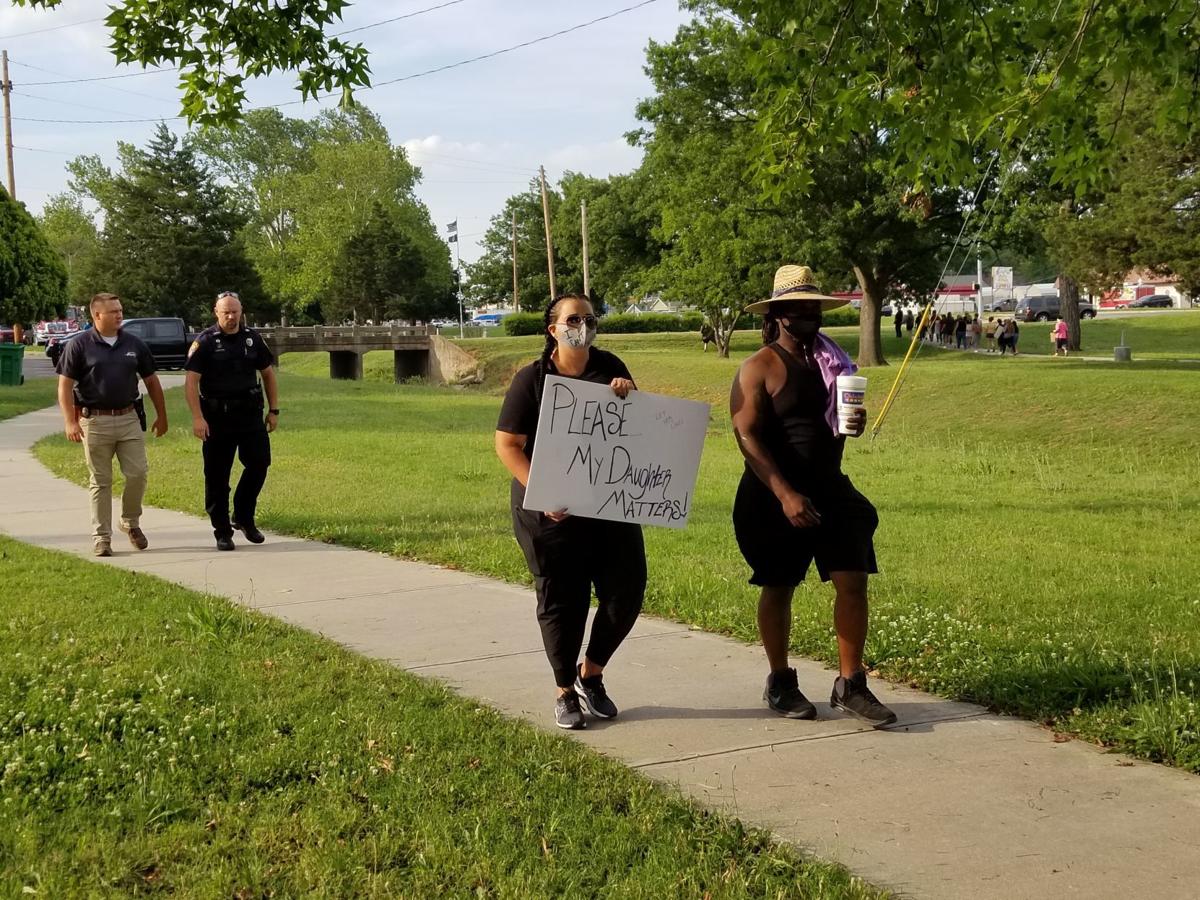 A woman marches with a sign for her daughter alongside police and sheriff’s deputies. 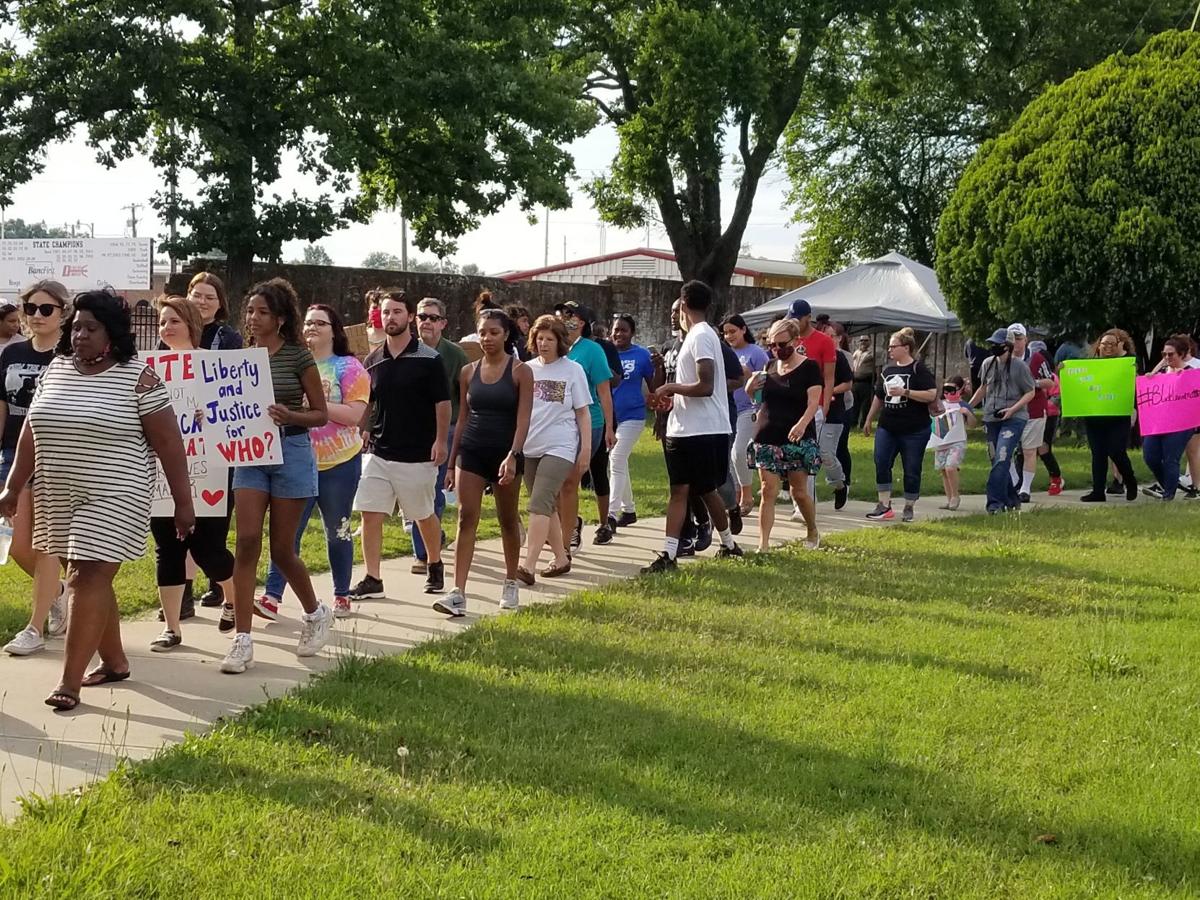 Dozens of protesters showed up Monday night to protest the killing of George Floyd.

A woman marches with a sign for her daughter alongside police and sheriff’s deputies.

Dozens of protesters showed up Monday night to protest the killing of George Floyd.

DUNCAN, OK – There was no tension in the air. No echoes of breaking glass. No smoke on the wind. The police did not stand in front of the protestors, but beside them as they prayed for an end to racial division and police brutality. The protestors gathered in Memorial Park on HWY 81 in Duncan were from all walks of life, but they were there with a common cause, to keep the memory of George Floyd alive.

“I don’t think anyone can look at the situation that occurred and agree with it. We’re all here for the same thing and I think the only way to get that message across is to be united,” said Brian Attaway, Patrol Captain with the Duncan Police Department.

Around twenty officers were gathered in the park alongside dozens of protestors. But this rally didn’t resemble the ones that have taken place in larger cities over the past few weeks. These officers were not clad in riot gear, and the only thing they were taking to the protestors were bottles of water and hot dogs.

Attaway and his department saw the protest coming together online and, along with Stephens County Sherriff Wayne McKinney reached out to the organizers to offer any help they could provide.

“We wanted to do something special for them, so we got a bunch of officers and deputies together and decided to go out and buy hot dogs and water and support their cause,” Attaway said.

It began with a prayer, as the protestors rallied together with police and sheriff’s deputies. Angel Waters, who helped organize the event stepped forward to say a few words.

“We’re here because love is the only thing that can fight hate,” Waters said, to cheers of agreement from the crowd.

And then they marched. A line of protestors stretching down the sidewalk holding signs with calls for justice and the final words of George Floyd “I can’t breathe.” Among them was Tonya Mayfield, a nurse, mother and grandmother. Mayfield had just gotten off of her shift at Duncan Regional Hospital when she showed up to the protest.

“My 12-year-old grandson lives with me and ever since he’s been old enough to understand I’ve been teaching him that, if a police officer pulls you over keep your hands on the wheel, don’t talk back, keep your hands up. He’s 12, he shouldn’t have to think about that,” Mayfield said.

Though she was running late and tired from her shift Mayfield was excited to be at the protest, and happy to see the police walking with protestors.

“I love that they’re out here,” Mayfield said. We love our police officers; we don’t want to fight against the police. That’s the mistake people make, they think if you say black lives matter you hate the blue, but that’s not true, you can love both.”

Mayfield hoped that the protest could help Duncan grow as a community but said that even though this time the police were supportive, it isn’t always the case in many communities.

“You should love people, but you have to call people out. I’m a nurse, I work at Duncan Regional with other nurses and if I see another nurse doing something bad, that’s on me as well. They don’t want to call each other out but you have to. If you aren’t part of the solution, your part of the problem,” Mayfield said.

Mayfield’s desire for unity was shared by another person in attendance at the rally, Duncan Mayor Ritchie Dennington.

“I think it’s important, as the catchphrase goes, to have unity in the community,” Dennington said. “The tragedy that happened, it’s hard, but it’s a wakeup call that we need to step back and review what we do and how we act.”

As the protestors marched on vehicles along the highway pulled over in solidarity, with many honking their horns and raising their fists, a sign of hope in uncertain times.