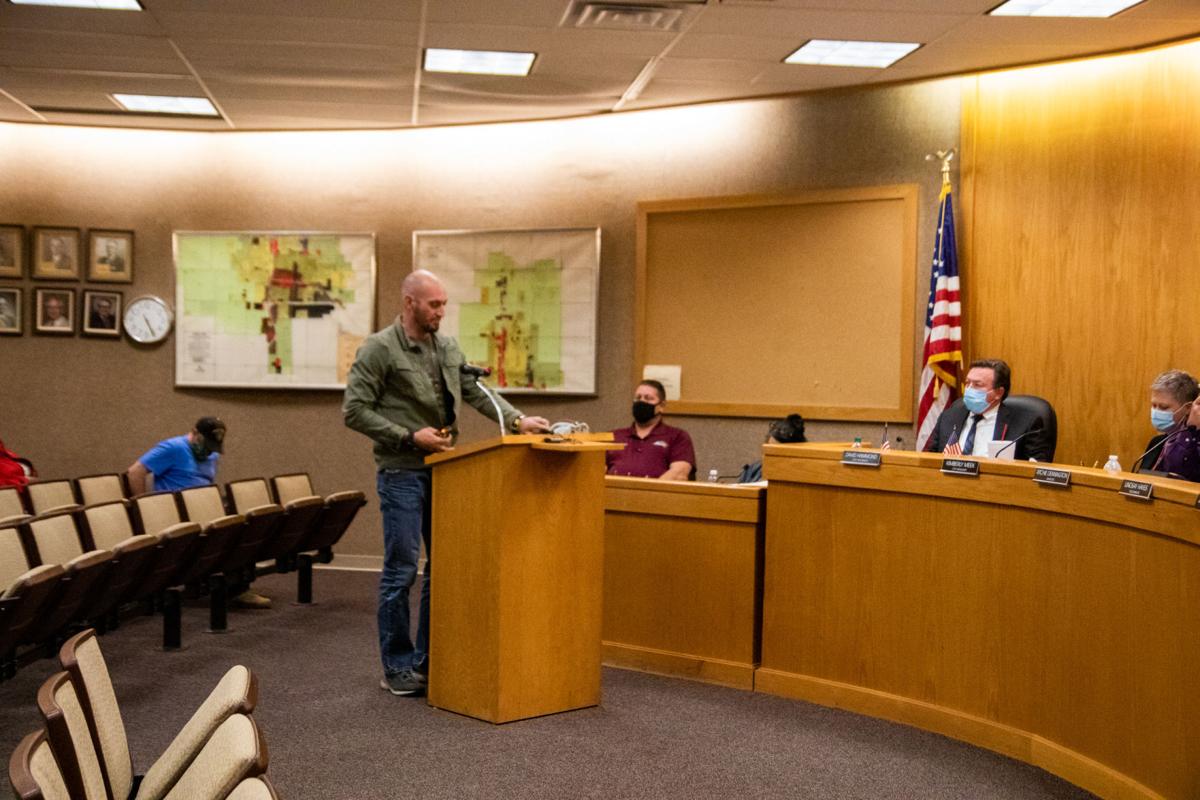 Brandon Harwell questions the need for a resolution that he says doesn't do anything current laws do not already enforce, at Monday's Duncan City Council meeting. 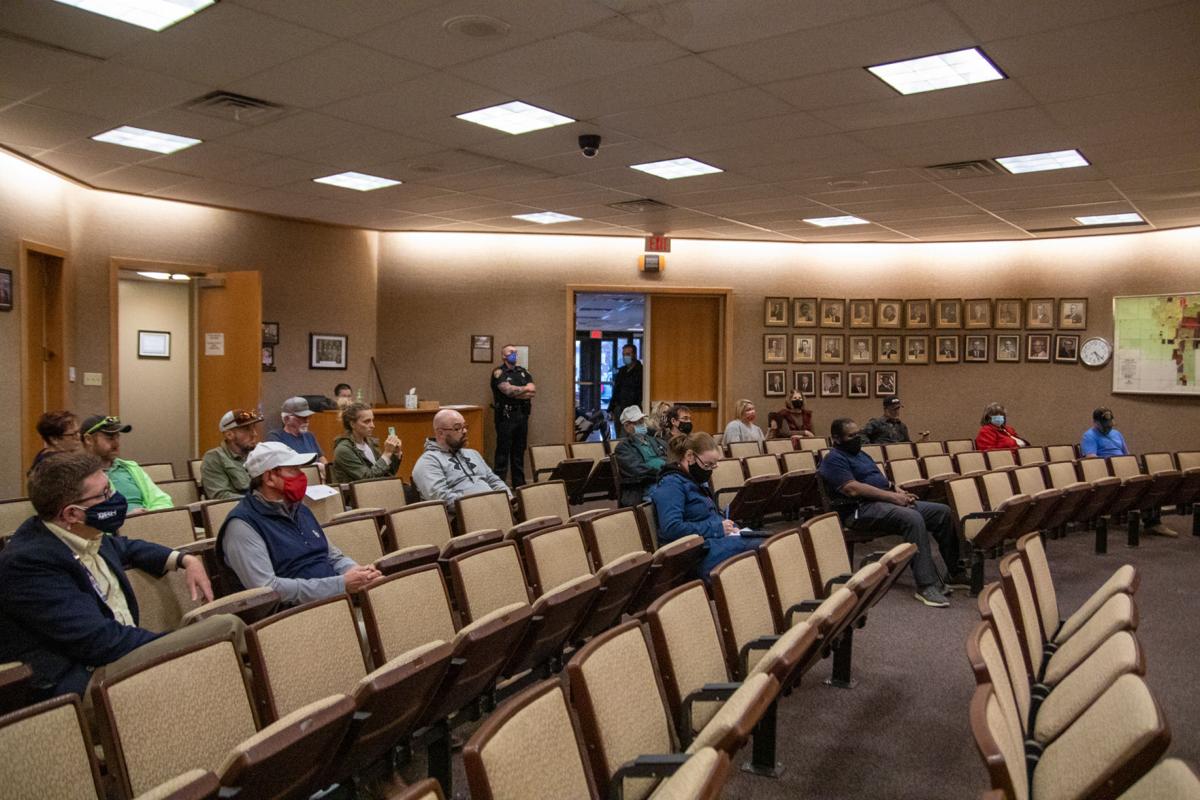 Brandon Harwell questions the need for a resolution that he says doesn't do anything current laws do not already enforce, at Monday's Duncan City Council meeting.

DUNCAN — Duncan City Council voted 3-2 to pass a resolution calling on people to wear masks while inside public areas, Monday, in a meeting that lasted less than an hour.

Under the resolution, which takes effect immediately, residents are not required to wear face coverings.

Dennington’s comment was part of his explanation of the resolution that equates to stores posting a “No shirt, no shoes, no service” sign. He said rather than put the onus on the city to enforce a mask mandate, he felt it was better for the businesses to choose whether or not to enforce masks.

“This resolution reinforced the rights that each individual business does have to enforce the same deal — no shirt, no shoes no service. It’s a reinforcement of that, where (business owners) understand what they can do,” Dennington said. “So many businesses want (City Council) to mandate it so they can say ‘well I don’t agree with it but they said we have to do it,’ and make us the bad guys.”

The resolution says face masks or face coverings should be worn inside any publicly owned building, commercial entity, or structure that is open to the public, but does not require them. This language, according to Brandon Harwell, who opposes a mask mandate, makes the resolution unnecessary.

City Attorney David Hammond agreed the resolution doesn’t add to already in place trespassing laws where, if a person enters a business and is asked to leave but refuses, they can be trespassed by law enforcement. He went on to say the resolution was more an act of encouragement than anything enforceable.

“The council has three options —they can do nothing, they can adopt a resolution, or they can adopt an ordinance,” Hammond said. “This council has been torn on what to do. Cities have adopted resolutions; they have adopted ordinances. I don’t think this council is currently looking for anything to issue citations or arrest people unless they’re told to leave. I think what the council wants to do is they want the public to start wearing a mask and see how this works for the next two months.”

Council members Nick Fischer, Patty Wininger, Jennifer Smith voted in support of the resolution. Wininger called on her experience as nurse to argue against what some have claimed in past meetings would an overreach of government to issue a mask mandate.

Dennington gave each side of the debate three minutes to present their cases to argue for or against the resolution. Three attendees spoke against the resolution, repeating arguments from the Dec. 10 workshop with Aaron Boyer, who also spoke at last week’s meeting, calling masks a “face diaper” and telling council members, “It’s my body and my choice.”

Speaking for the supporters, Duncan attorney Scott Stone encouraged the council to vote in favor of the resolution, but said he would support them regardless of their vote.

The resolution suggests everyone over the age of 5 and without a limiting medical condition wear a mask. It also calls for “conspicuous signs at all entrances that employees, customers, users and visitors should wear a face mask or face covering” on buildings and facilities where face masks or coverings should be worn. The city manager will direct development of a uniform sign and “shall assist businesses and entities in the placement or recommendations related to the sign,” according to the resolution.

While there is no explicit penalty for violating the resolution, businesses requiring a face mask for entry can request law enforcement to trespass those individuals who refuse to wear one. Hammond also said they could be subject to prosecution for disturbing the peace, disorderly conduct or other similar offenses if they refuse to put on a mask or leave a business that requires a mask to enter.