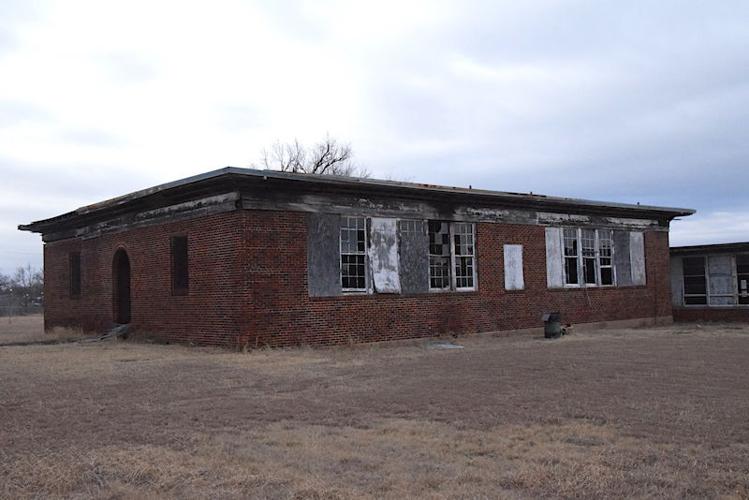 The former Dunbar School in south Lawton will remain on the City of Lawton’s “D&D” list, meaning property owners must either resolve the structure issues or tear it down. 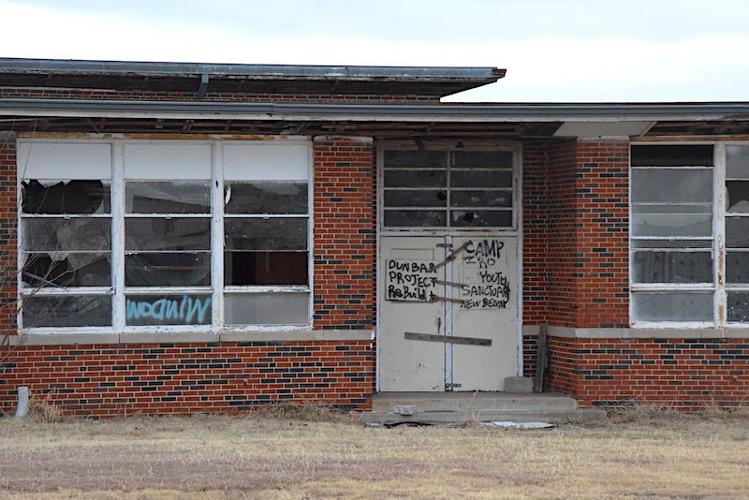 The former Dunbar School in south Lawton will remain on the City of Lawton’s “D&D” list, meaning property owners must either resolve the structure issues or tear it down.

The former Dunbar School in south Lawton was among 40 structures designated as dilapidated properties Tuesday by the City Council.

The designation means that unless property owners take action to correct the identified structural problems, they must tear down the buildings or the City of Lawton will do so, then place a lien on the properties to cover the cost. No one spoke in favor of the old school at 1702 N.H. Jones Avenue, which in past years has been supported by community groups wanting to convert the structure into a community center.

While attempts have been made, none were successful, said Ward 8 Councilman Randy Warren, who also said the structure has appeared before the council at least five times over the years for consideration for the D&D list. The designation is part of the process that directs the city attorney to take action in district court to abate nuisances identified on a structure if the owners will not do so. While demolition is not a given, it often is the result.

Dunbar has not been active as a school since the 1970s, when the school for Lawton’s Black public school students was closed as part of the community’s desegregation efforts. The 24,000-square-foot building has been the victim of continued vandalism even as community groups have worked over the years to repair the structure and return it to use as a community building.

Neighborhood Services Supervisor Corey Bowen said the building has numerous building code violations, explaining it is decaying, is unsecured and is covered with graffiti. Bowen said Lawton firefighters also are concerned about having to enter the building in the event of a fire, because of that deterioration.

“This building has had multiple fires in there,” Bowen said.

While the building has a long-standing history tied to Lawton’s Black community, it is not listed on the National Register of Historic Places nor included an historic overlay district, city attorneys said.

Warren said the deterioration on the structure is severe. He said when the property first appeared before the council for consideration on its “D&D” list, there was about $500,000 worth of damage. That total now is between $1.5 million and $2 million, Warren estimated.

“There’s just not an entity out there prepared to do that,” he said, of necessary repairs.

City officials said residents close to the property have complained about its condition; Bowen said the structure has not had public utilities since 2014.

Ward 7 Councilwoman Onreka Johnson, absent from Tuesday’s meeting due to illness, has supported past restoration efforts.

“She wanted you to know she does understand the historic and sentimental value of this property,” said Warren, reading a statement from Johnson.

The original Dunbar School was built in 1937 and named for writer/poet Paul Laurence Dunbar.

Dunbar closed as a school in 1974 and owner Lawton Public Schools used the site for storage until it sold the structure to United Social Action Inc. in 1994. That entity wanted to convert the old school to a community center, plans that fell through after a fire severely damaged it in 2001.

Various community-based entities tried after that time to convert the structure to community use, but those efforts never materialized.