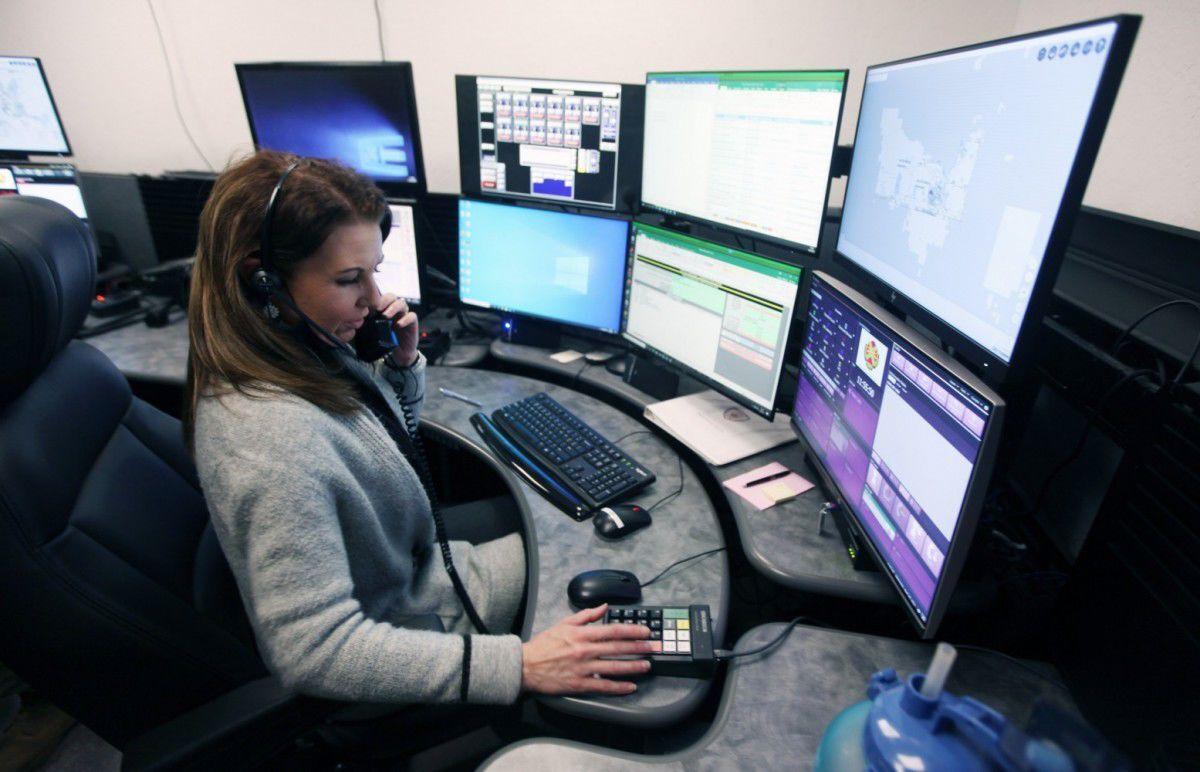 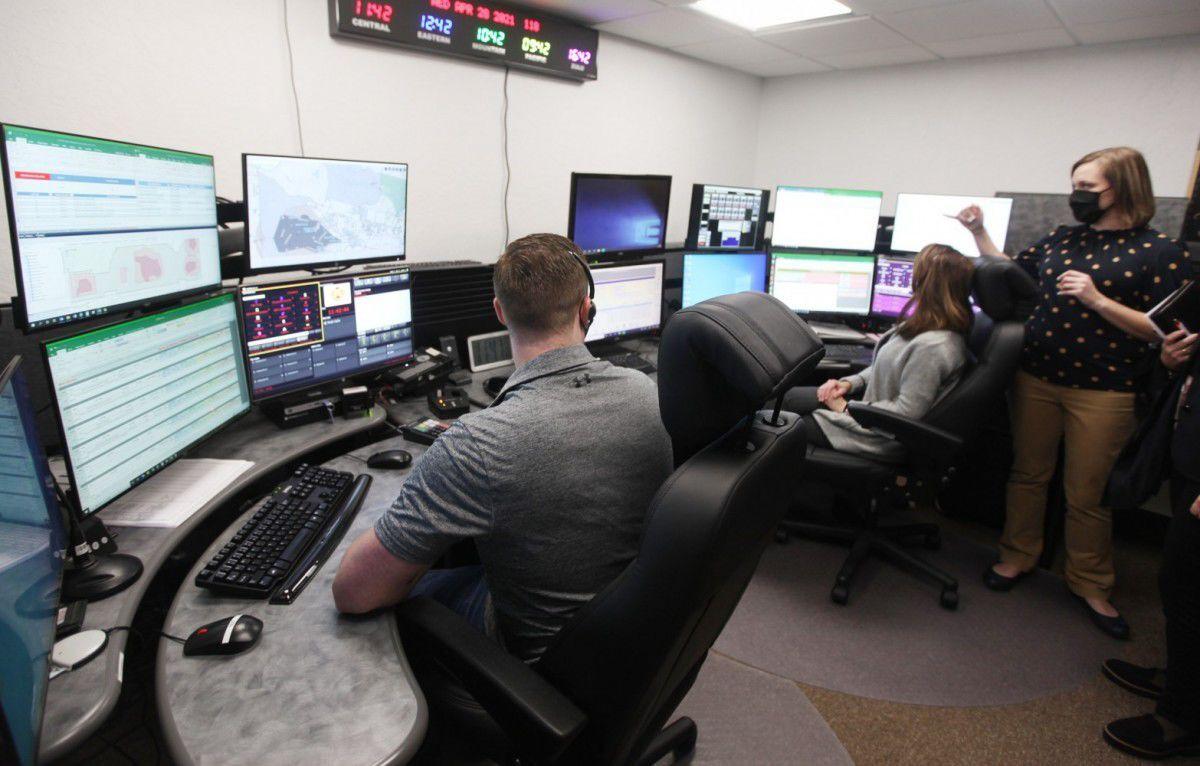 When a 911 telephone call is made from a Fort Sill 442- or 558- prefix, the emergency call now goes directly to the Directorate of Emergency Services’ Emergency Communications Center (ECC).

In the past, these calls went to the city of Lawton dispatch center at the Great Plains Technology Center. There, Fort Sill General Schedule (GS) dispatchers manned a military police terminal and relayed emergency information to the installation. Although the Fort Sill dispatchers’ job was to focus on installation emergency services, with the volume of calls received it was sometimes difficult to discern if the call was for a post or city emergency, said Hilaree Straka, DES Emergency Communications Division chief.

Straka spoke about the ECC’s dispatchers during an open house in Bldg. 2025 Adams Road, on April 28. The modern ECC opened in January.

“We are here to support any and everything the installation needs in emergency services,” Straka said. Even if it’s not an emergency, the dispatchers support by providing accurate public safety information.

She noted that emergency calls on post from cell phones still go through Lawton. In coming months after reception towers are erected, the ECC will have cell phone and text services. About 70 percent of emergency calls here come from cellular devices.

Fort Sill has a population of about 53,000 service members, families, and DA civilian and contract employees, who are living, training, and working in almost 150 square miles, according to the ECC’s mission statement.

In 2020, Fort Sill experienced about 8,000 emergency calls for service, Straka said. Over half of those were for law enforcement; about 2,000 for fires; and 1,500 for medical emergencies. Those numbers are expected to go up after Fort Sill reopens trainee graduations in May.

The ECC is allotted eight dispatchers, two lead dispatchers who are also certified training officers, one supervisor, and one manager, Straka said. Their job series is 5121 dispatch services.

All dispatchers have to complete rigorous training and maintain over 20 certifications, Straka said. They are highly trained professionals who provide quality service to every caller.

One of those certifications is Emergency Medical Dispatch, which means they are able to provide the caller with medical instructions to help the patient until emergency responders arrive, Straka said.

As part of the Fort Hood, Texas, findings, dispatchers were recommended to have more robust NCIC capabilities, Straka said. “We now do input warrants, we do missing persons, we do BOLOs (Be on the Lookout) … all of our dispatchers have learned that within a year.”

Dispatchers are multitaskers, she said. A dispatcher has up to eight computer screens to monitor. These include numerous types of maps, radio communications, and alarm systems.

Dispatchers train to support incident command until an onsite command is established, Straka said. They can locate every fire hydrant. They can monitor criminal records to ensure the safety of responding officers, and the community. “We are able to provide any details that our responding officers may need.”

There are always two dispatchers working in the ECC and they each perform 12-hour shifts, Straka said. Sitting in ergo chairs, they wear wireless headsets and their desktops can rise if they feel like standing at their workstations.

One benefit of the move of dispatchers onto post is that it has created a family environment at DES, she said.

“We’re actually able to see our law enforcement officers, we’re able to ask them questions first-hand, we get updates from them about calls that we took,” Straka said. “We now have faces to names, so we can recognize our officers not by their voices, but faces.”

She added that morale and the camaraderie have gone up because of her staff’s close proximity to their co-workers.

Lawton dispatchers were very helpful during the 16-month transition and EEC standup, Straka said. They maintained the fire dispatching and 911 call taking, and their staff completed numerous test calls to ensure all communication capabilities were operational. This was during the pandemic, and when the city was at critical manning.