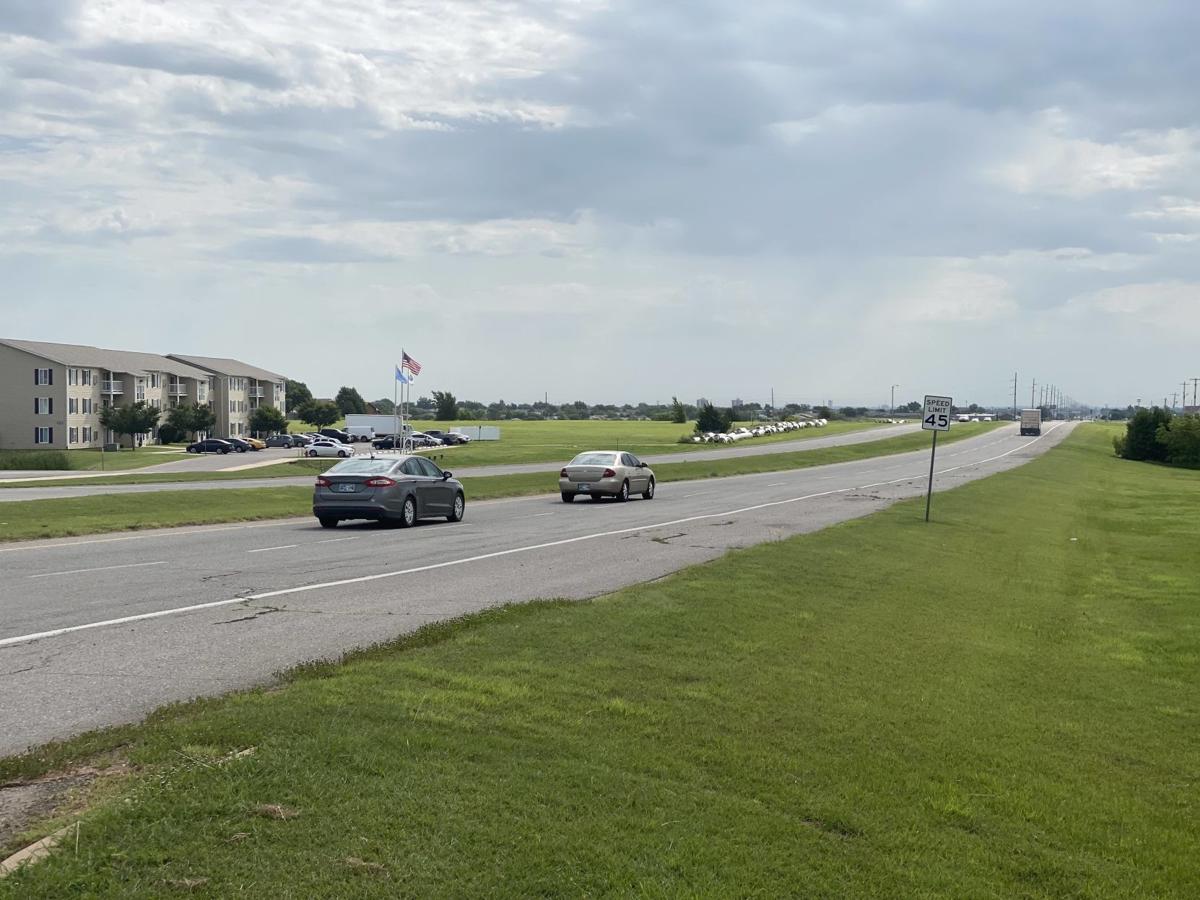 The shoulder shows some deterioration as eastbound traffic heads into Lawton along West Lee Boulevard, between Southwest 82nd and Southwest 67th streets. The area is slated for a mill and overlay upgrade, under a project being bid by the City of Lawton. 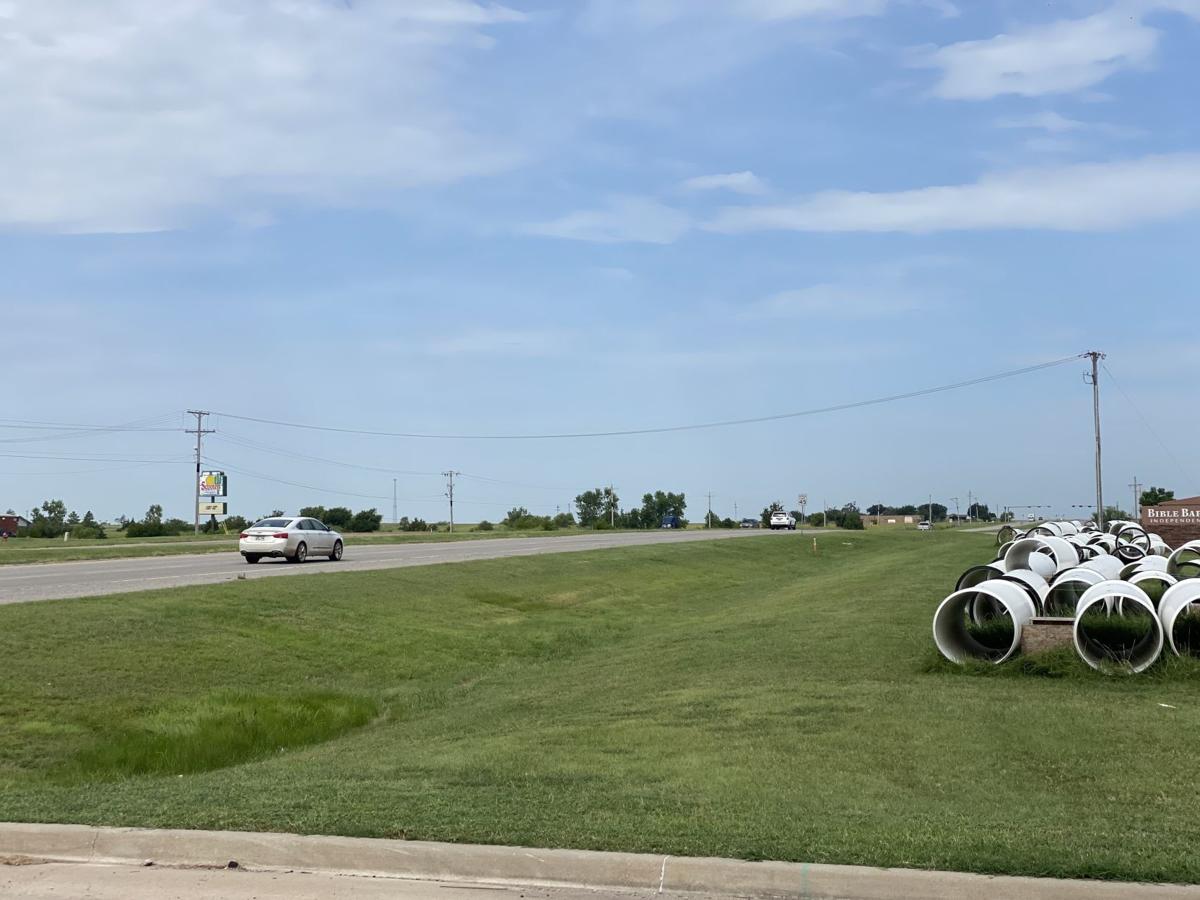 The shoulder shows some deterioration as eastbound traffic heads into Lawton along West Lee Boulevard, between Southwest 82nd and Southwest 67th streets. The area is slated for a mill and overlay upgrade, under a project being bid by the City of Lawton.

The City of Lawton is ready to launch the first of a series of upgrades planned for a south Lawton arterial, citing economic development as a driving factor.

City officials have begun advertising for a contractor to handle a mill and overlay project on the western-most portion of West Lee Boulevard, an area between Southwest 67th Street and Southwest 97th Street/Goodyear Boulevard. Work on that 1.97-mile segment is estimated at $4.3 million and will include mill and overlay, plus whatever shoulder and associated work is needed.

The project is the first segment of the arterial to be tackled under a plan that ultimately will upgrade almost 8 miles between Goodyear Boulevard on the west and Interstate 44 on the east.

City officials cited the arterial as one of their priorities when they were crafting the 2019 Capital Improvements Program (CIP). The engineering firm EST Inc. has been analyzing the road in recent months, part of the effort to determine exactly what needs to be done to bring Lee Boulevard back to peak condition.

The project also will include 2.1 miles of Goodyear Boulevard between West Lee Boulevard and Cache Road, the primary arterial for the west industrial park.

Project engineer Amanda Newberry said EST has analyzed existing pavement, to include geotechnical core work, and expects to have results ready for presentation in August. EST also is working on conceptual plans that will identify the variety of work needed for Lee Boulevard and its shoulders, from simple mill and overlay (grinding off the top layer of asphalt, then applying a new layer) to total replacement of badly deteriorated areas.

EST and city engineers already know there will be a wide variety of work needed along the length of roadway and some decisions already have been made: EST will recommend full replacement of Goodyear Boulevard because of its deterioration. Plans for this first segment of Lee Boulevard are mill and overlay, starting as contractors peel off the top layer of asphalt, then analyze the concrete pavement underneath.

“The inspector will look at it to see if it needs asphalt (overlay),” Newberry said.

City officials are ready to move immediately into Phase I, with a bid-opening date on the 45-day project set for Aug. 25. EST expects the work to be completed in 2021, with funding to come initially from the 2019 CIP before the City of Lawton is reimbursed by a $2 million economic development grant.

City Manager Michael Cleghorn said the city wants to move immediately because of weather. There are temperature restrictions linked to asphalt work, he said, explaining the work must be done before temperatures fall below 50 degrees.

The City of Lawton is getting some funding help from the U.S. Department of Commerce’s Economic Development Administration, which awarded the city a $2 million grant in February. The funding was designated under the CARES Act Recovery Assistance program and is restricted to Lee Boulevard roadway improvements to improve access to Lawton’s west industrial park.

City officials hope it won’t be the only federal funds provided for the arterial.

EST has identified five phases in a project to upgrade Lee Boulevard from Goodyear Boulevard to Interstate 44:

Phase I, to be bid in August, is 4.3 lane miles (east and west bound lanes) between Southwest 67th and Southwest 97th streets.