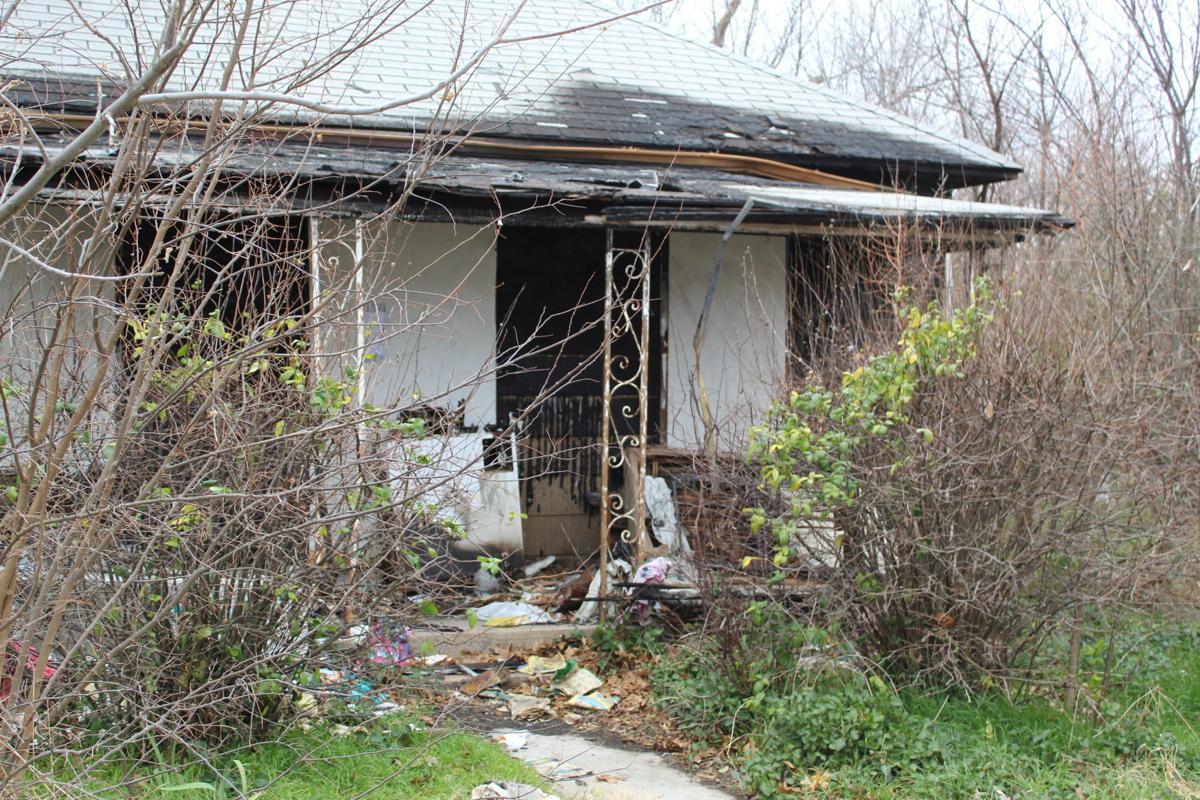 Fire marks the front of a deteriorating structure at 407 SW 17th. The property is one of more than 30 that were condemned this week by the City Council. 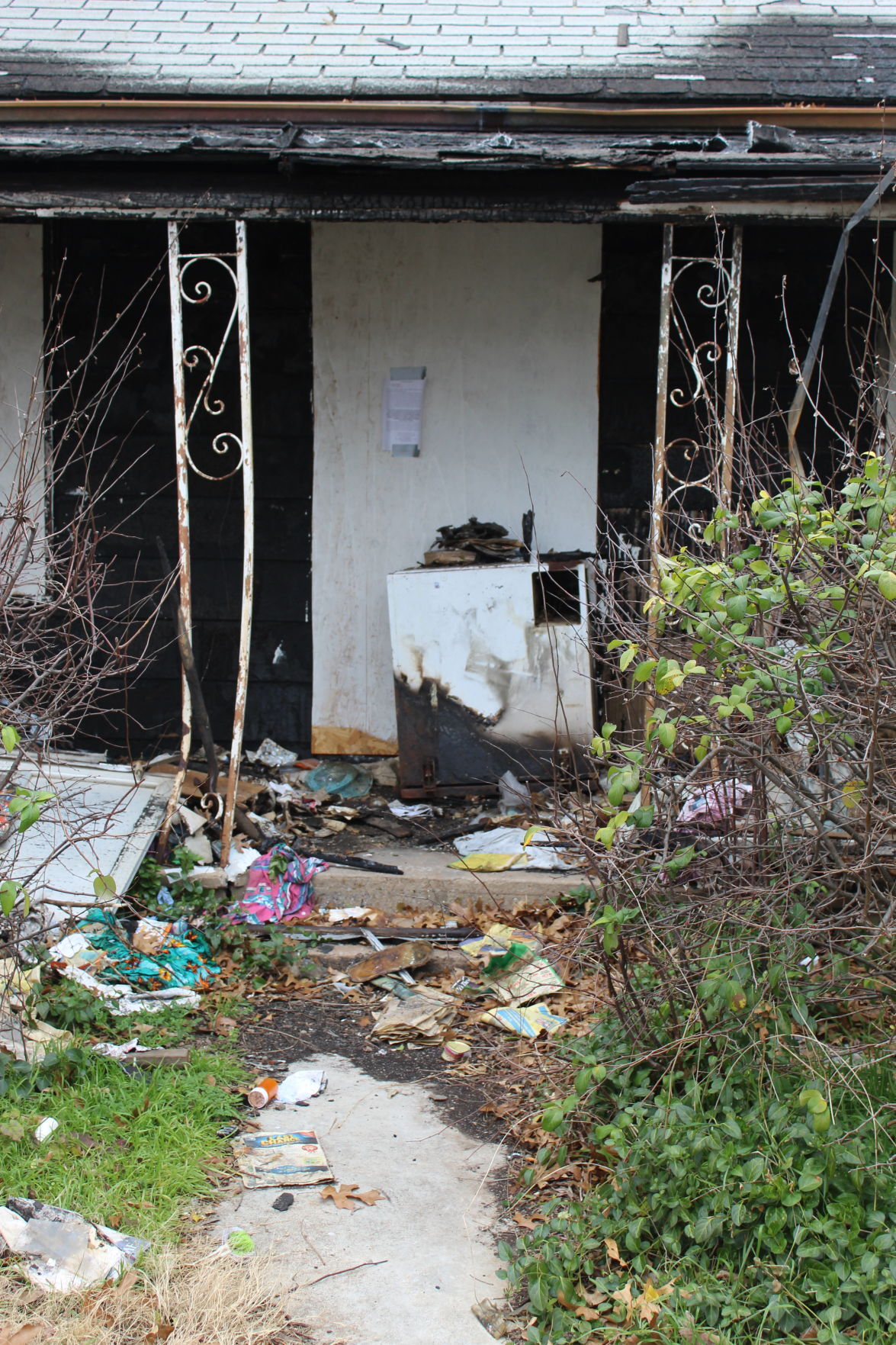 Burned debris marks the sidewalk leading to a deteriorating structure at 407 SW 17th. 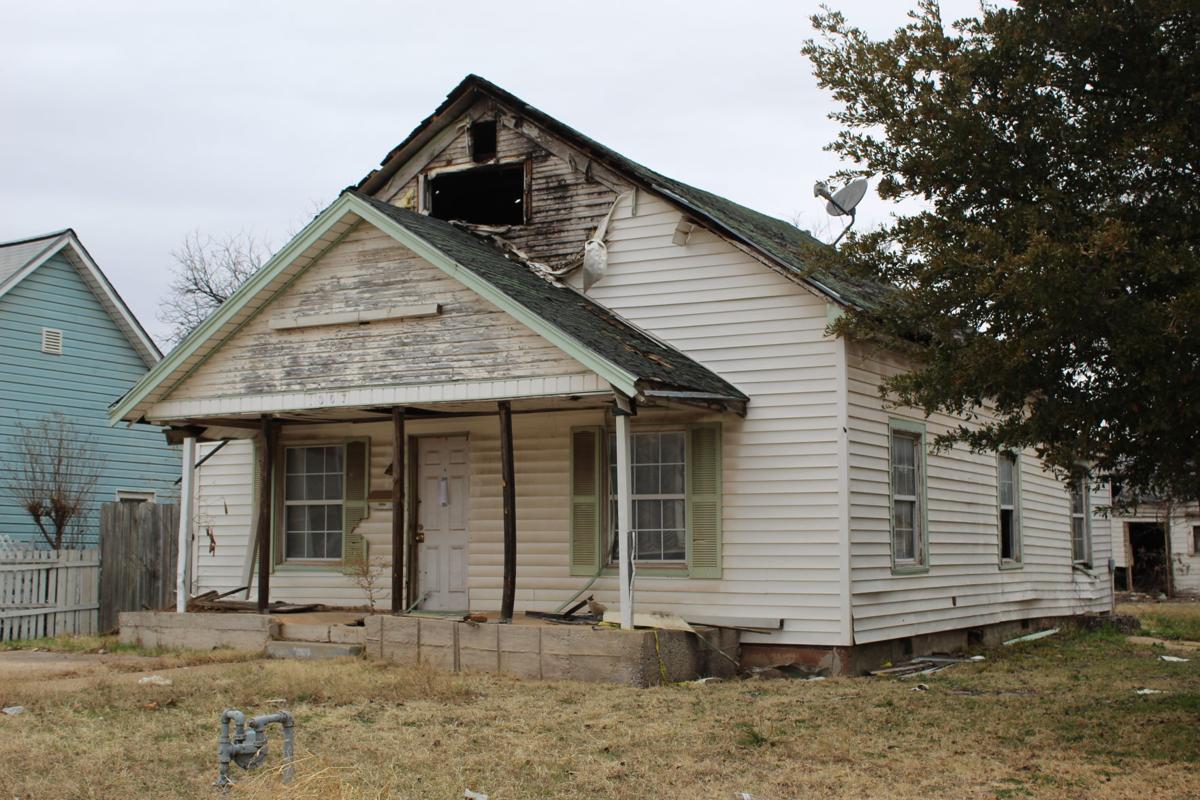 Bowed support pillars and a sagging roof line show the effects of a fire at 1007 SW I.

Fire marks the front of a deteriorating structure at 407 SW 17th. The property is one of more than 30 that were condemned this week by the City Council.

Burned debris marks the sidewalk leading to a deteriorating structure at 407 SW 17th.

Bowed support pillars and a sagging roof line show the effects of a fire at 1007 SW I.

More than 30 properties were condemned by the City Council Tuesday, in a process calculated to speed the effort to clean up city neighborhoods.

The council met in special session to consider 41 dilapidated properties, scattered throughout the city but connected by the common thread that their deteriorating presence poses an “attractive nuisance” and detracts from the safety and aesthetics of surrounding properties. Tuesday’s meeting was a decided departure from the longstanding D&D process, where city staff typically brings a few properties to the council in a system that allows owners to plead their case before the council decides to declare the structures dilapidated.

That declaration sets a process into motion that requires owners to either bring the property up to city building codes or raze it — or the City of Lawton will do it for them, then bill the cost to the owner or set it as a lien on the property. City officials have been able to greatly expand the condemnation process in recent months because of $3.75 million designated in the 2019 Capital Improvements Program for that purpose.

City Manager Michael Cleghorn has said the city’s neighborhood services division has a list of at least 500 properties that qualify for D&D, and the council crafted a new system that calls for them to have several special meetings a year focused on those condemnations. Tuesday’s meeting included 41 structures, but the council agreed to table or continue action on six because property owners could not be present to plead their cases or said they already were engaged in plans to renovate the properties.

Ward 8 Councilman Randy Warren said he believes the special meeting provides a more efficient process for the D&D procedure, explaining residents and property owners who might want to comment on specific properties can do so at one meeting dedicated to that task, rather than waiting through many other items at a regular meeting.

“I thought it worked really well,” he said. “In the long run, it’s going to be a time savings, not only for the council and citizens, but the staff. We’ll be able to do it all at one time.”

Warren said the process is about more than removing unattractive structures. He said vacant properties provide a good hiding place for vagrants or those bent on mischief or crime, and city police have said removing such properties is key to a successful process to clean up problem neighborhoods. Warren said it also may help identify those who own more than one deteriorating property.

Identification on the D&D list doesn’t necessarily mean a property is removed. While condemning a property puts the owner on notice he/she must begin some type of action within 30 days, that action can be launching or continuing renovations that will bring the property back up to code and make it habitable. Those plans were the reason that some property owners objected Tuesday to inclusion on the D&D list.

Bob Dismuke, who had one property on the D&D list, said his property shouldn’t have been included on the list, explaining renovations already are under way and the structure had been inhabited until recently.

“It’s ridiculous to even consider condemning this property,” he said.