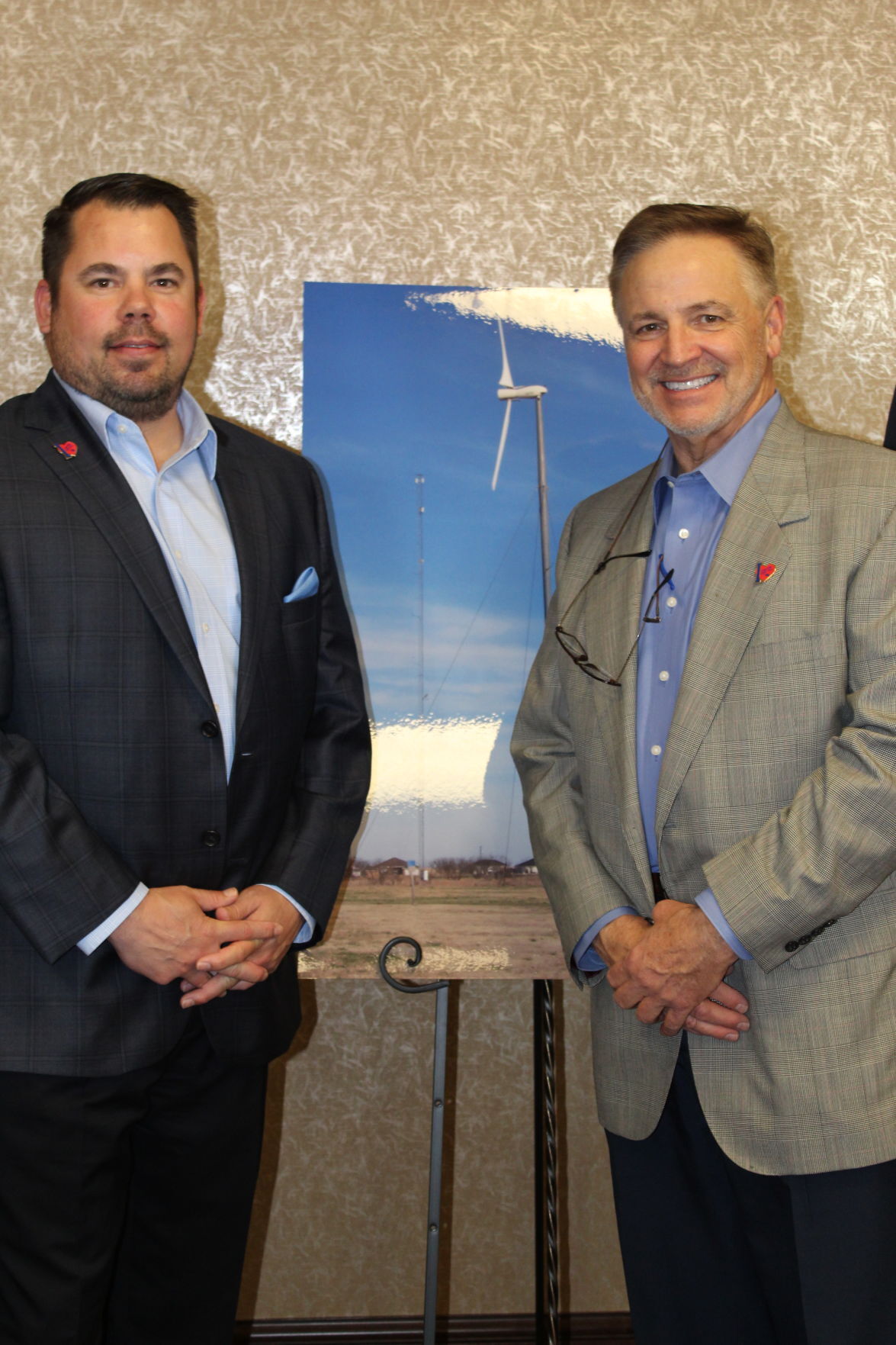 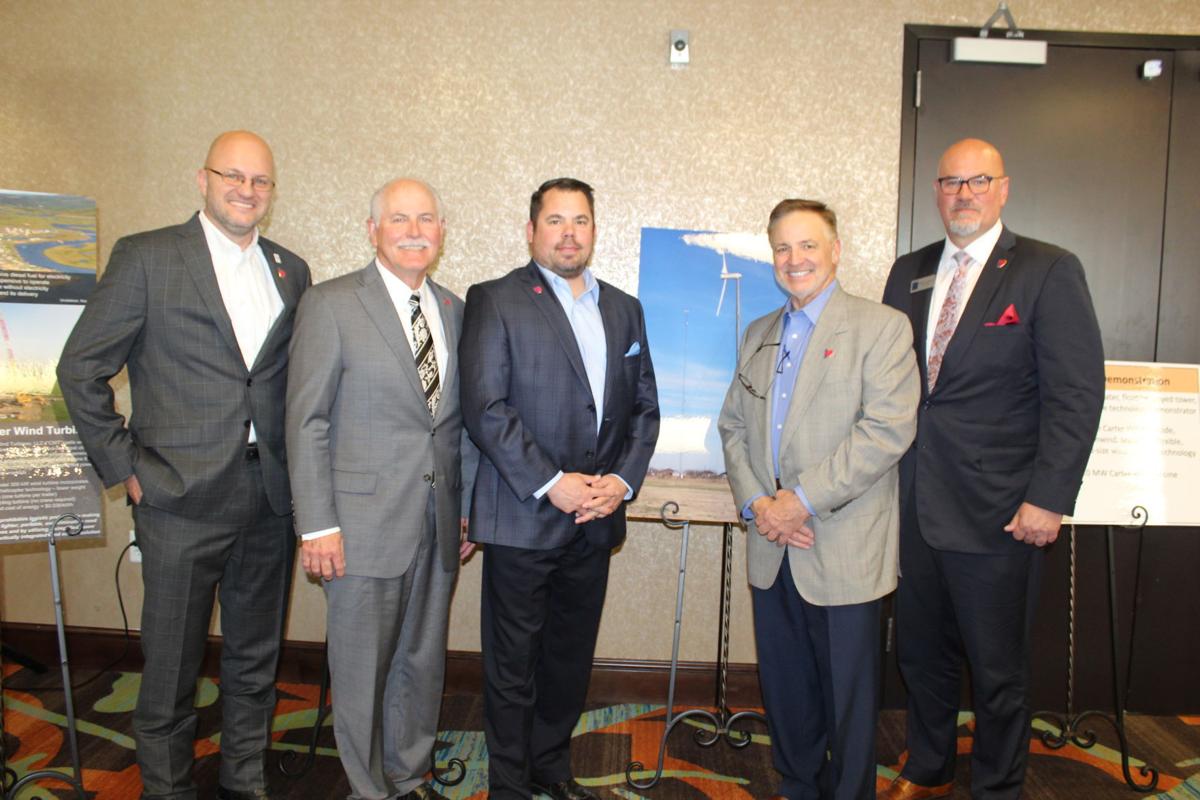 A Texas-based company is bringing a new wind energy facility to Lawton, along with 300 jobs over the next five years.

Carter Wind Turbines, a subsidiary of Carter Wind Energy, made the announcement Friday in a special event coordinated by the Lawton Economic Development Corporation (LEDC). LEDC is the local entity that Carter Wind Energy President and CEO Matt Carter has been dealing with before coming to an agreement on what will be a $10 million capital investment for a facility that will assemble wind turbines. The turbines will be used in remote areas where communities are “off the power grid,” in terms of drawing electricity for their needs. The company’s home base is Wichita Falls, Texas.

The new facility will be housed in Lawton’s west industrial park, on new acreage located east of the Goodyear Tire & Rubber Company plant.

Carter said after Friday’s announcement that the Lawton facility will be assembling the turbines and, potentially, shipping them from Lawton to the remote communities that Carter Wind Turbines is targeting in Alaska and Canada. Carter said while he can’t say precisely when construction on the new facility will begin, it will be “soon” because his plan is to have turbines ready for shipment by summer 2022. City of Lawton officials said they will do what they can to help meet that goal.

“We will streamline the process to get you up and running as soon as possible,” Lawton Mayor Stan Booker told Carter during the press conference.

Carter also said the company will begin hiring employees this summer, with those initial positions to include administrators and engineers. Ultimately, the plant will be hiring assembly, technician, installation and maintenance employees. While Carter was reluctant Friday to put an average dollar value on employee salaries, he said those positions will be high-tech ones, to include workers skilled in controls, operations and maintenance of high-tech machinery.

Carter said Lawton was the winning site based on a number of factors, to include the presence of Fort Sill, an experienced energy labor force, and Oklahoma’s career tech program, represented locally by Great Plains Technology Center. Great Plains already has a long-standing reputation for working with local industrial firms to provide the specialized training their personnel need, and its decades-long relationship with Goodyear dates back to that plant’s opening.

“Oklahoma is compelling,” Carter said, of investigations the company made before selecting Lawton as its site.

While Carter Wind Energy has made the portable turbines before, Lawton’s plant will be the first dedicated to the technology, he said.

Carter said the turbines being developed by his company are specially designed for remote locations with extreme weather, in communities that are off the traditional power grid and rely on diesel fuel to provide power to generate their electricity. While wind energy has become more common through the United States, Carter said his company is targeting a “different wind energy market,” remote locations with developing economies.

Booker, lauding LEDC’s lead role in the project, said the announcement follows a directive Lawton voters made clear when they approved the city’s new Capital Improvements Program in 2020. That CIP includes $29 million new dollars allocated to expenditures that support industrial development, and Booker said Carter’s announcement came a year and eight days after the new CIP went into effect. Among other expenditures, the CIP is helping LEDC fund an extended staff for the first time, giving LEDC four people dedicated to economic development.

Brent Kisling, executive director of commerce for the Oklahoma State Department of Commerce, lauded Carter for its selection and Lawton for the work officials did to make the announcement happen. He said Lawton’s economic development news is part of a larger effort for the State of Oklahoma and the experts focused on jobs.

“Oklahoma does really well when we focus on ourselves,” Kissling said, adding that wind energy is important here.

Carter Wind Energy turbines are self-erecting, portable and specifically designed for “micro” grid power generation in remote “extreme environmental locations.” For its initial marketing venture, the firm has identified more than 160 locations in Alaska and more than 350 in Canada.

Carter said his goal is assembling 100 turbines in the first year of production in Lawton, then doubling that figure every year thereafter.

Carter Wind Energy recently received two grants from the U.S. Department of Energy to continue development and improve access to affordable and reliable electricity, the company said in a statement. The company has more than 35 years of wind energy experience and is an industry leader and pioneer in the design of light-weight, two-blade wind turbines. The company built is first turbine in 1976 and sold its first turbine to the U.S. Department of Agriculture in Bushland, Texas, in 1979.