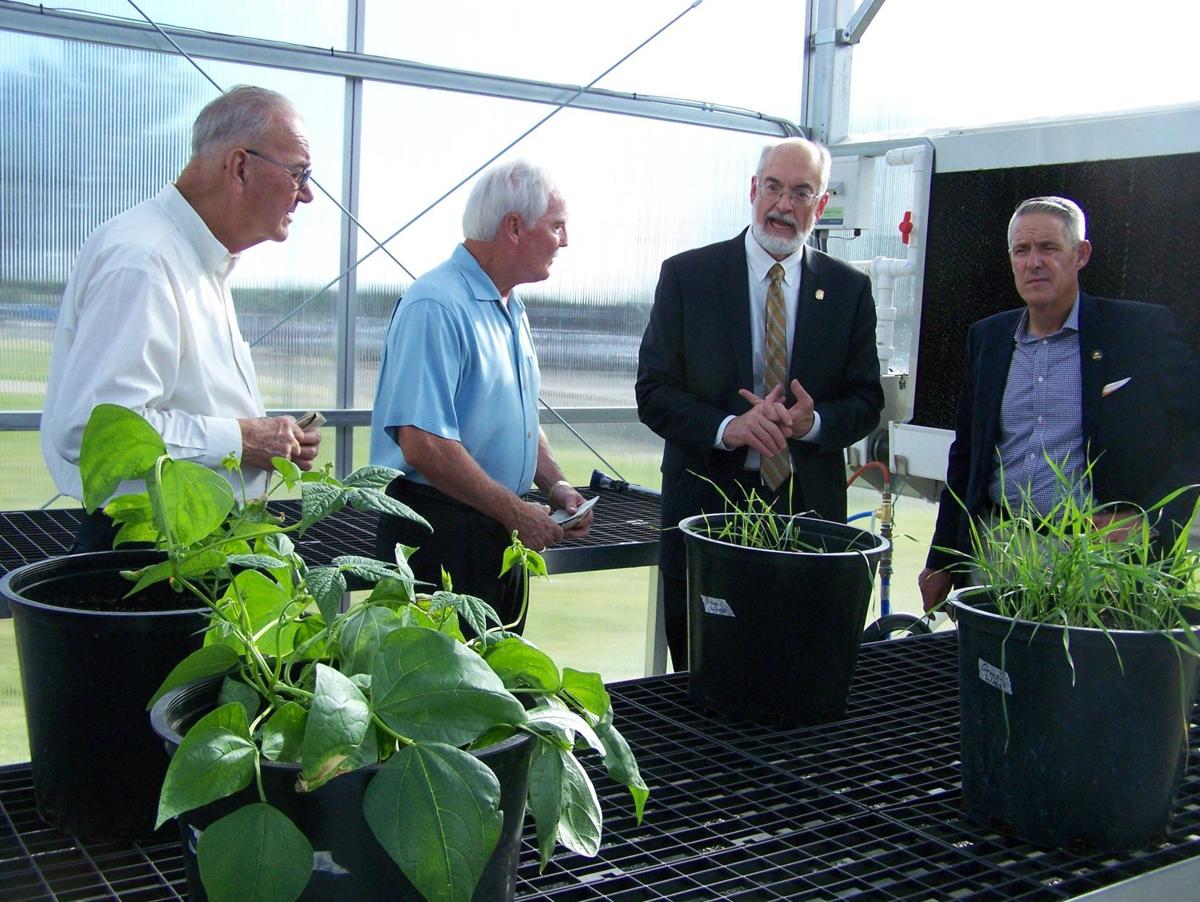 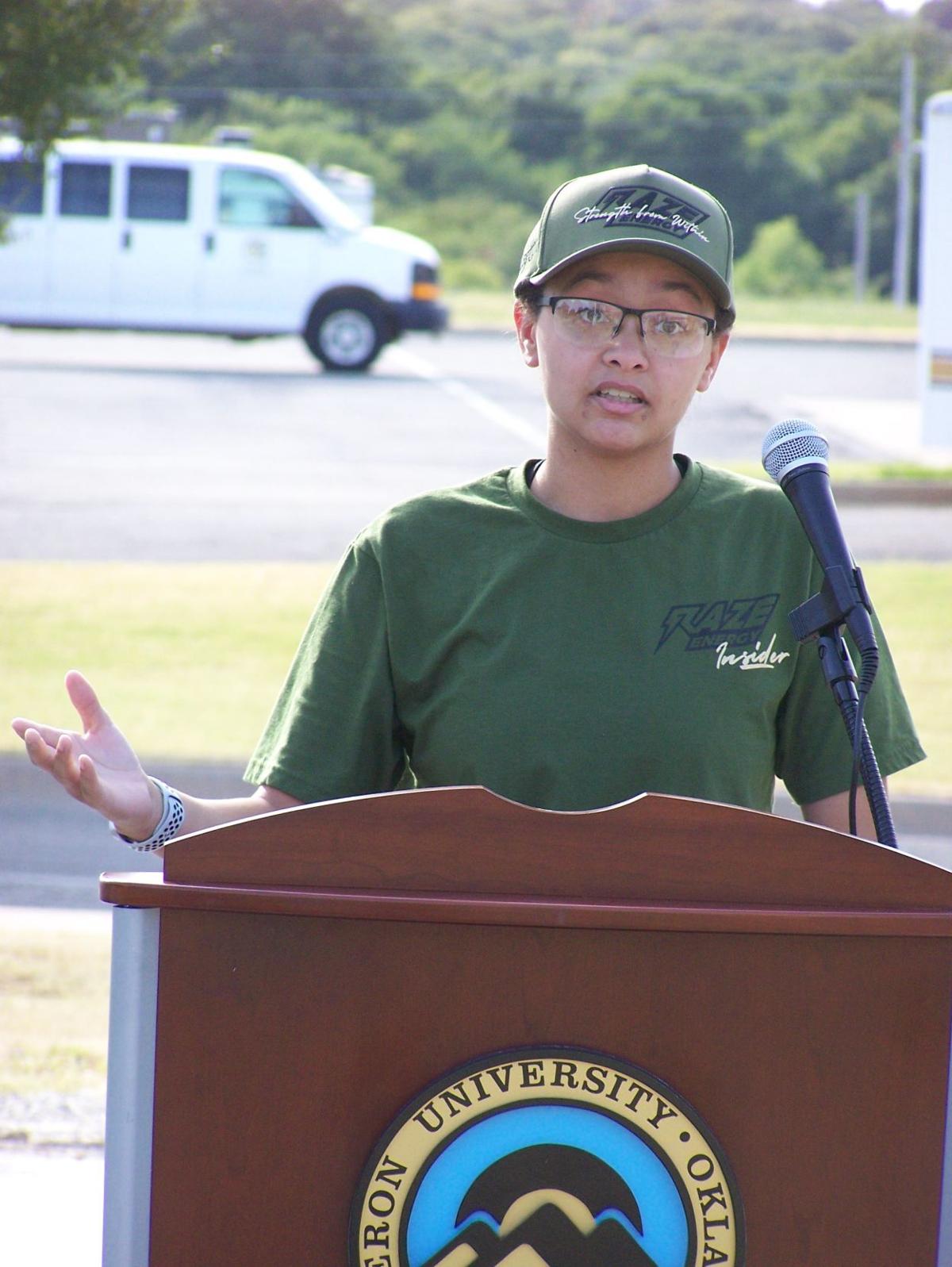 Agriculture and science students at Cameron University will find it easier to apply classroom lectures to real-life settings.

Cameron officials dedicated two new greenhouses Thursday, an upgrade of educational facilities that wouldn’t have been possible without funding from the McMahon Foundation, Cameron President John McArthur said during the ceremony.

It’s not that Cameron is without a greenhouse; the campus has had one on the west side of Southwest 38th Street for decades. But the aging, deteriorating complex hasn’t quite been meeting student needs, campus administrators said in spring 2019 when McMahon Foundation allocated the campus a $520,000 grant. Officials applied $210,000 of that funding toward construction of two greenhouses immediately west of the sciences building.

While the buildings are new and are just now coming into use, officials in the agriculture and science disciplines are excited by the possibilities.

Alexis Woodford, an Apache native who is a senior in the agriculture department (she’s also taking classes in science), agreed the possibilities presented by the new facility are a definite plus for students working toward degrees. For one thing, it will provide space beyond the small, confined area used in the old greenhouse. There’s also the lure of allowing students to actually practice what they learn in a traditional classroom setting.

“We’ll be able to have hands-on experience,” Woodford said of what she describes as a lab experience that will help her classmates understand the concepts “of everything we learn as students.”

That possibility is her favorite part of the new complex, Woodford said. And, the facility will be more secure, which will come in handy with growing projects keyed toward classroom work. A classmate noted students recently lost one crop planted in the old greenhouse because grasshoppers got in and ate it.

Mike Husak, who chairs the Department of Agriculture, Biology and Health Sciences, agreed with the advantages presented by hands-on application of skills that can be used after graduation.

“We have plans to use the greenhouses for plant experiments in biology, botany and ecology classes,” he said. “Students enrolled in botany will learn about the anatomical development of plants from seeds onward, while those in ecology will use the space to look at plant competition as it related to plant density.”

Agriculture students, especially those with interests in agronomy and earth sciences, will be using the greenhouses for their work, such as working on plant spacing experiments. Other applications range from learning to properly plant vegetables to learning appropriate fertilizer applications.

McArthur said the new complex fits into Cameron’s continued efforts to provide the best educational settings for its students.

“Cameron prides itself on pragmatism and creativity,” McArthur said, adding its latest effort wouldn’t be possible without its longtime partner, the McMahon Foundation.

McArthur said McMahon’s gifts to Cameron – which range from scholarships to funding numerous buildings on campus – date back at least to 1963, totaling more than $19 million. And, the giving hasn’t stopped.

“We’ll be celebrating more McMahon gifts this fall,” he said.