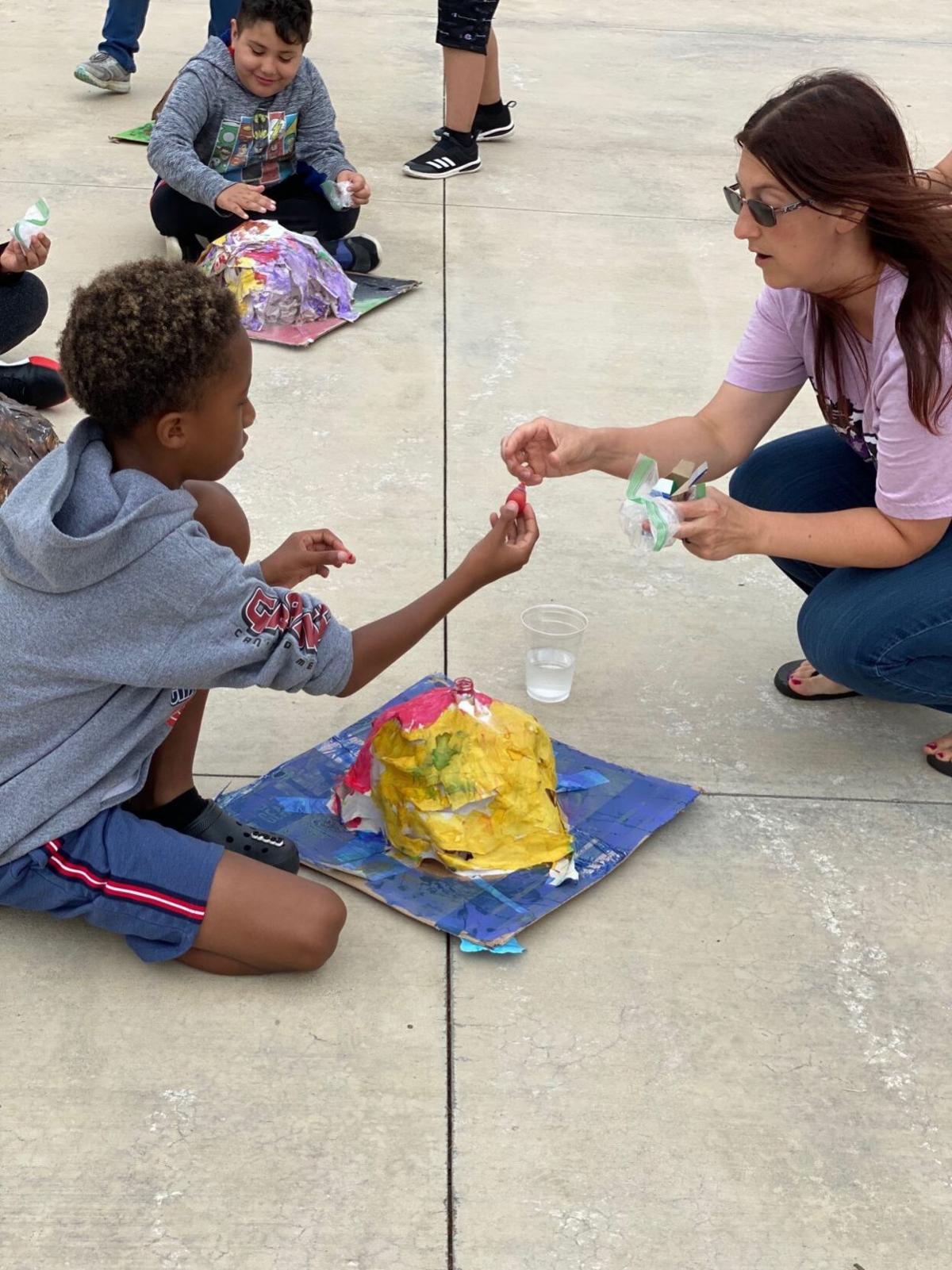 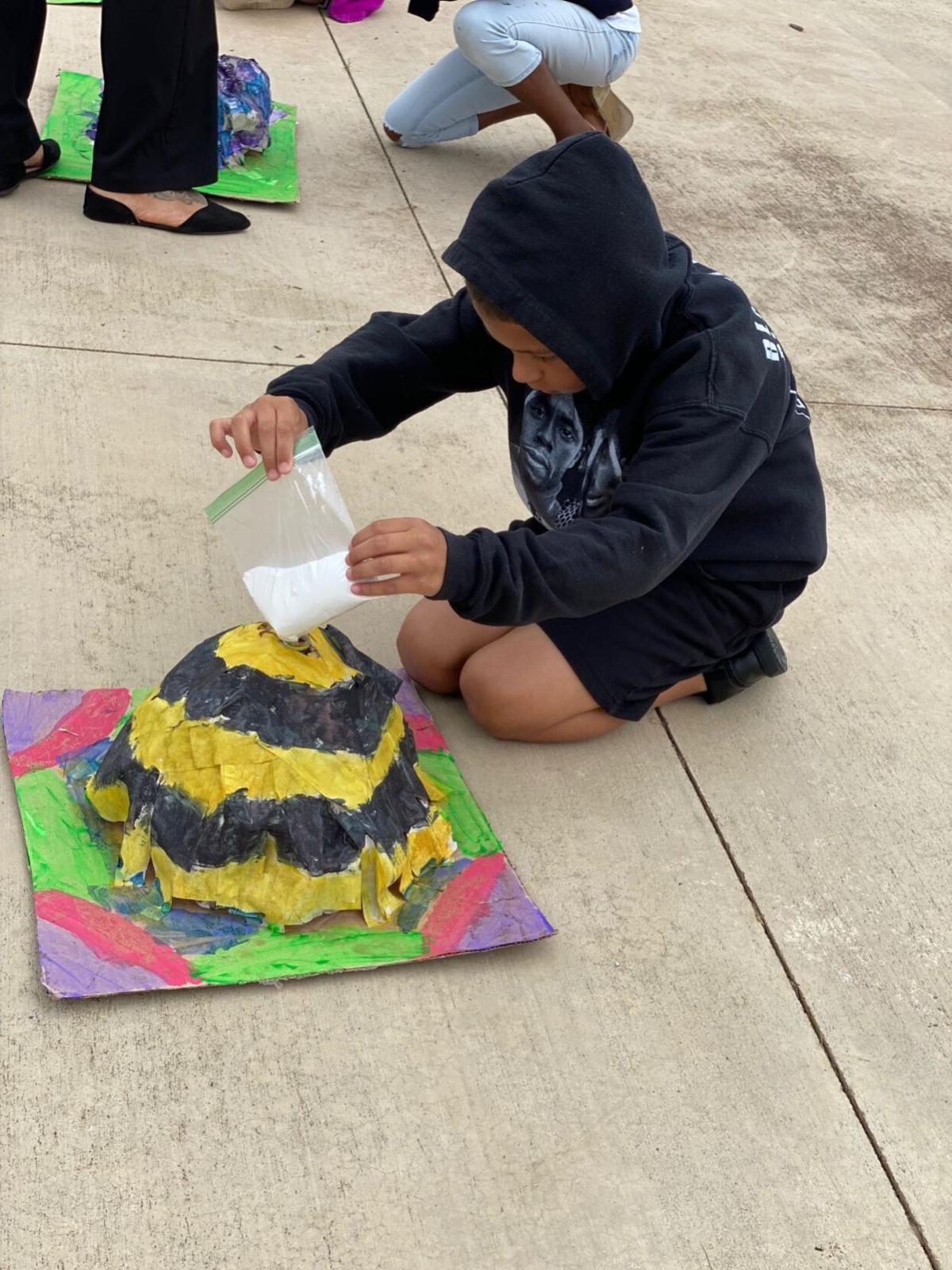 Bishop School student Malachi Adams, 9, adds baking soda to his volcano in preparation of erupting it Wednesday. Once the baking soda is in the volcano, vinegar is poured inside to set off the chemical reaction, making the volcano erupt. 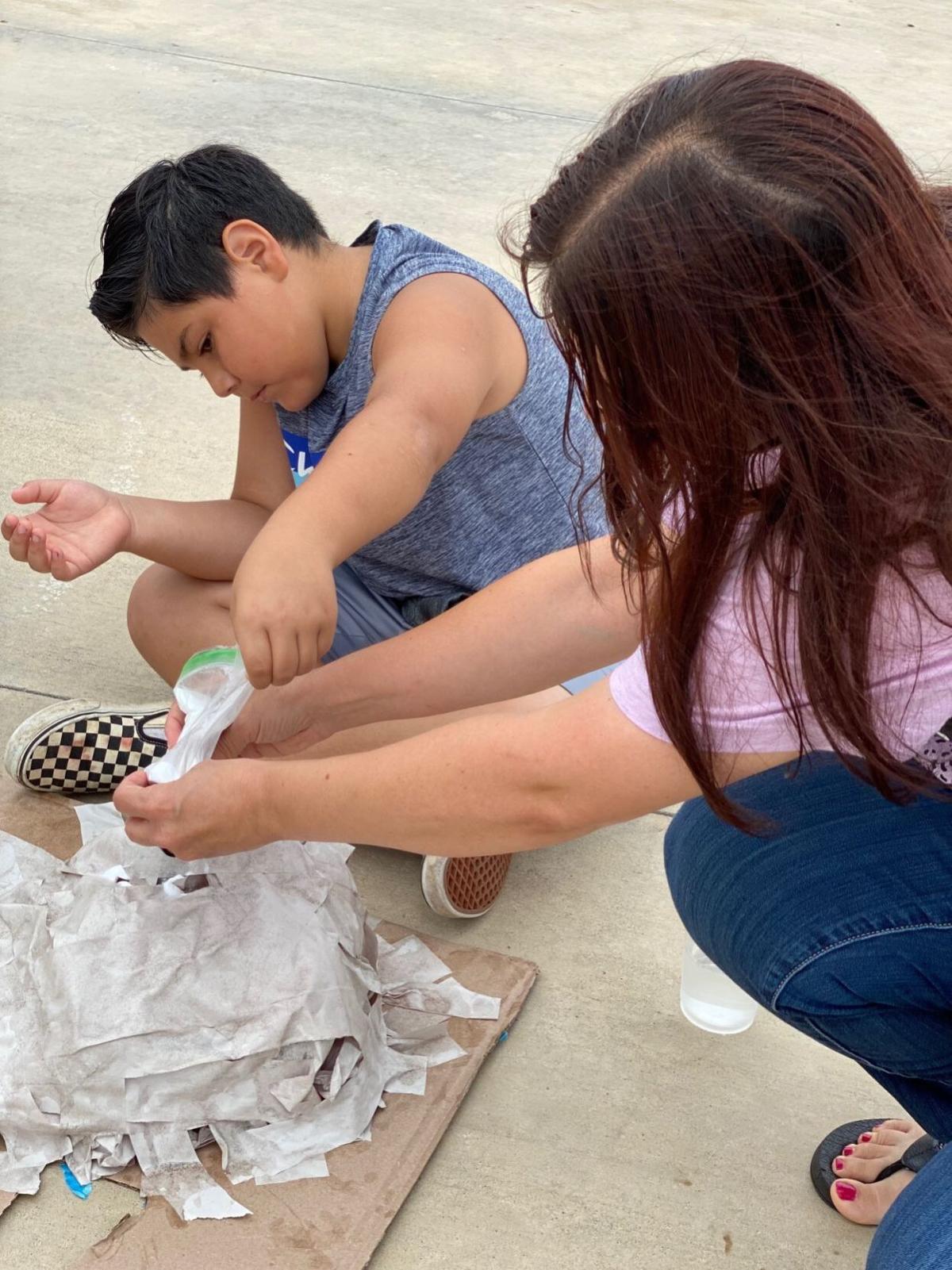 Bishop School student Malachi Adams, 9, adds baking soda to his volcano in preparation of erupting it Wednesday. Once the baking soda is in the volcano, vinegar is poured inside to set off the chemical reaction, making the volcano erupt.

Excitement was erupting in Kayla Durgin’s classroom Wednesday morning at Bishop Public School as students got ready to set off volcanoes.

“It is pretty cool because I never built a volcano. It is my first time, but I think I am going to do good,” said Malachi Adams, a student at Bishop School.

After the teaching lesson, the class would carry their volcanoes outside for the eruption. By mixing vinegar, baking soda and food coloring for personal touch, students began the explosions one at a time.

“The volcanoes make them want to come to summer school. Most kids do not want to give up their summer, and so they are learning while having fun. It makes them want to be here,” said Durgin.

With other Bishop classes in attendance, Durgin’s class had a crowd to watch and support the students erupting the volcanoes. It also gives them a glimpse into the future for when it is their time to build one.

“We were even thinking about changing it up and trying Coke and Mentos inside the volcanoes, and show them how it can react that way as well. After they came in this year, asking to do the volcanoes, I am pretty sure we will continue to do them,” said Durgin.