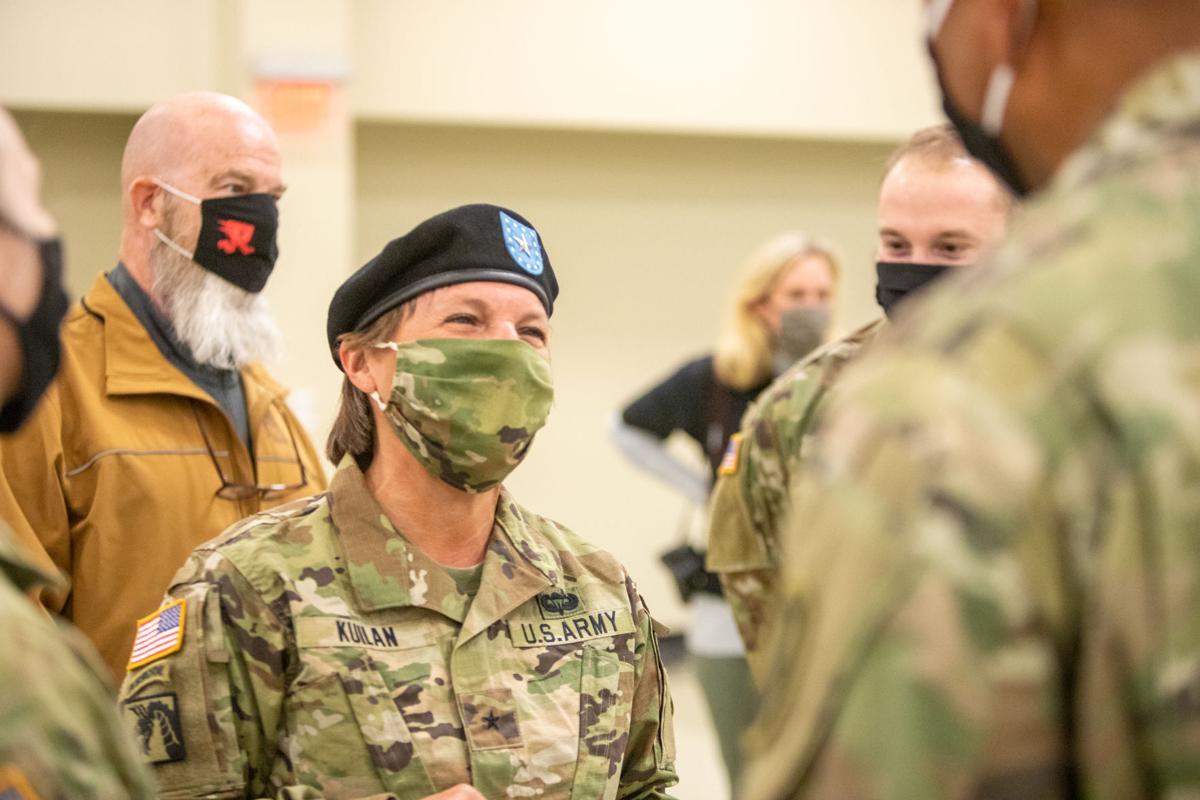 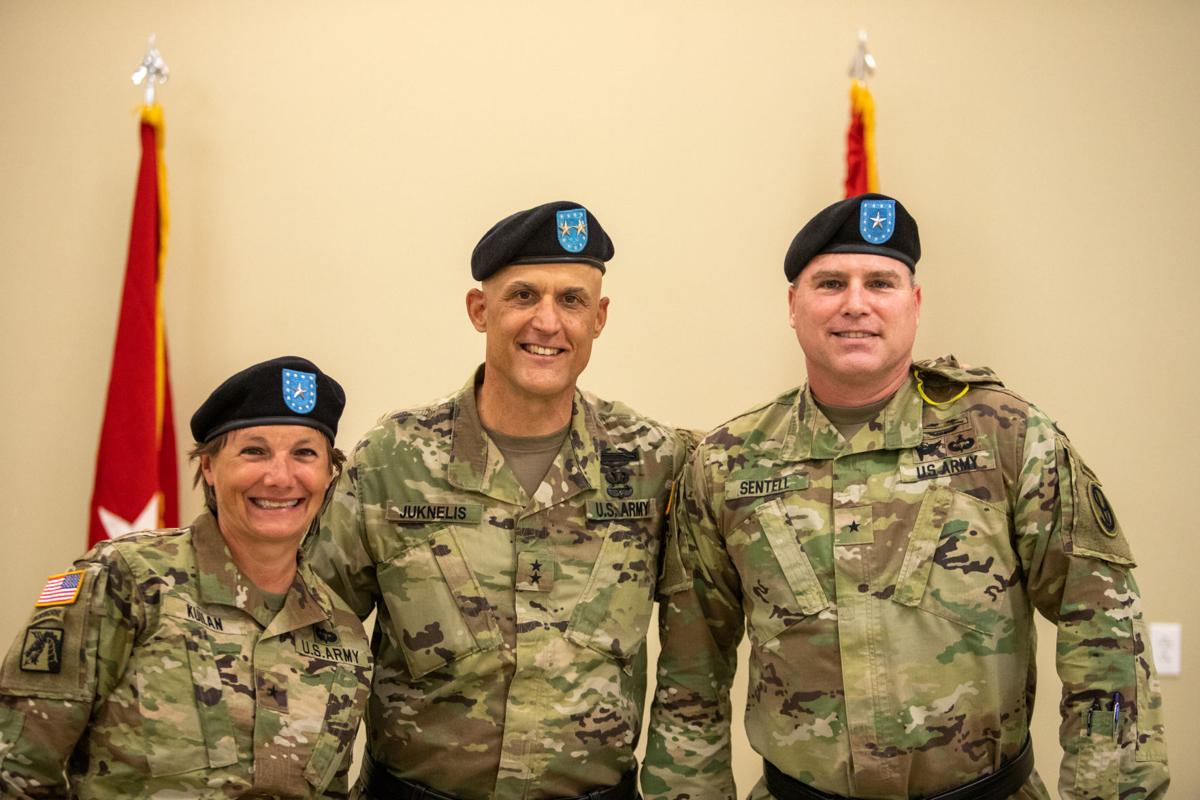 During a change of command ceremony on Fort Sill, Maj. Gen. Andrew Juknelis, Commanding General 108th Training Command (IET) turned the reigns of the training division over to Kuilan, making her the first woman to hold the position since the unit’s inception prior to World War II.

“I think it’s pretty incredible,” Kuilan said. “This is a home division for me. I started out in this division as a captain and was a major and for a very short time. So, to come home and then to know that I’m the first female General of what was traditionally an infantry division, I think, is phenomenal. But I still get to be Ironman Six.”

For Kuilan, this command is just another rung in the ladder during a career spanning 31 years. She said she’s never seen her gender as a hinderance, nor did she let it get in the way of what she wanted to accomplish as both a soldier and civilian. She encouraged all young women to set goals and strive to accomplish them.

“You can be Iron Man 6 one day,” she said. “I’ve never let my gender get in the way and I’ve never necessarily been in a position where I was the first, either. When I first pinned on my general star, I think I was one of 22 female generals in the Army Reserve. So, I’ve never been first until now and that is exciting. But it means that any girl out there can be anything they want to be. We’ve had what first women astronauts, we’ve got the first woman Vice-President, so the world is out there for them to take.”

Juknelis, who has known Kuilan for several years, said he was proud to have her as one of his division commanders. He said he had seen her leadership style and capabilities in her previous commands, and he felt lucky to have her.

This is a big deal for us, because we’re giving one more excellent general a chance to command a formation of Army soldiers,” Juknelis said. “I’ve known Susan for a couple of years now, so I’m really excited to have her here to join this unit. It couldn’t have worked out better for us.”

Kuilan, a native of Arkansas, received her initial commission for Active Army after completing Officer Candidate School in January 1989. While on active duty, she served in various positions with the 5th Infantry Division from 1989 thru 1991 at Fort Polk, Louisiana.

In 2005, Kuilan deployed to Iraq in support of “Operation Iraqi Freedom” where she served as the LOGCAP Support Officer for Task Force 134 Detainee Operations, Camp Bucca, Iraq.

In her civilian life, Kuilan is an associate dean of Strategic Security and Protection Management at Henley-Putnam School of Strategic Security of National American University and resides in Gravette, Arkansas, with her husband Joe Bryant. Together they have three adult children who live nearby and five four-legged “children” that rule their household.