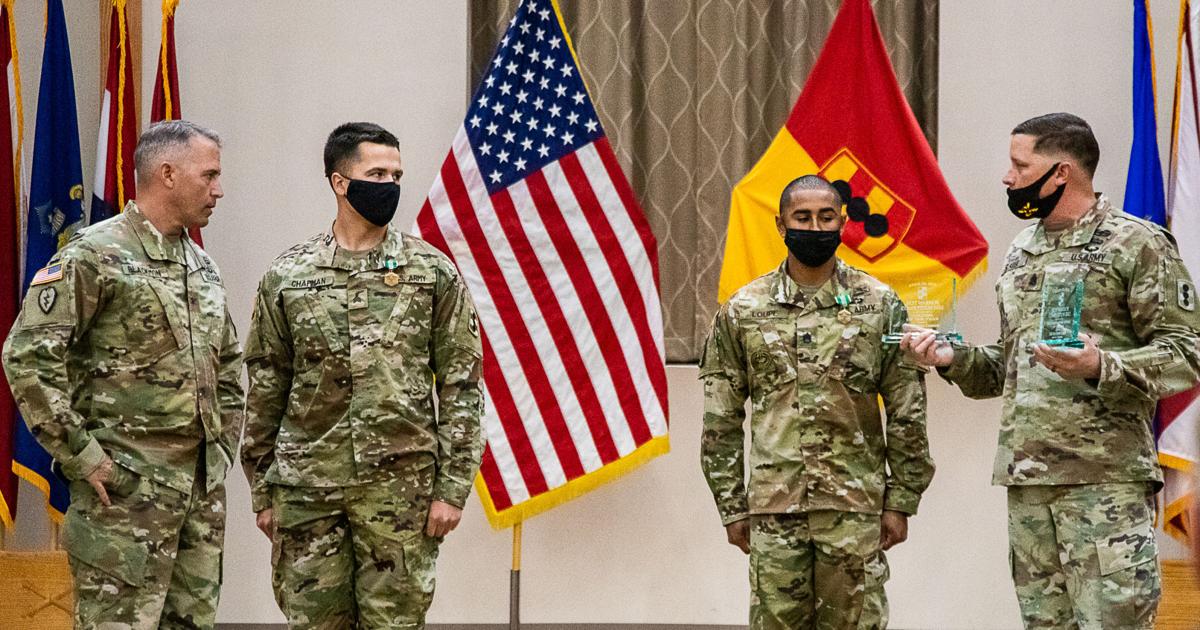 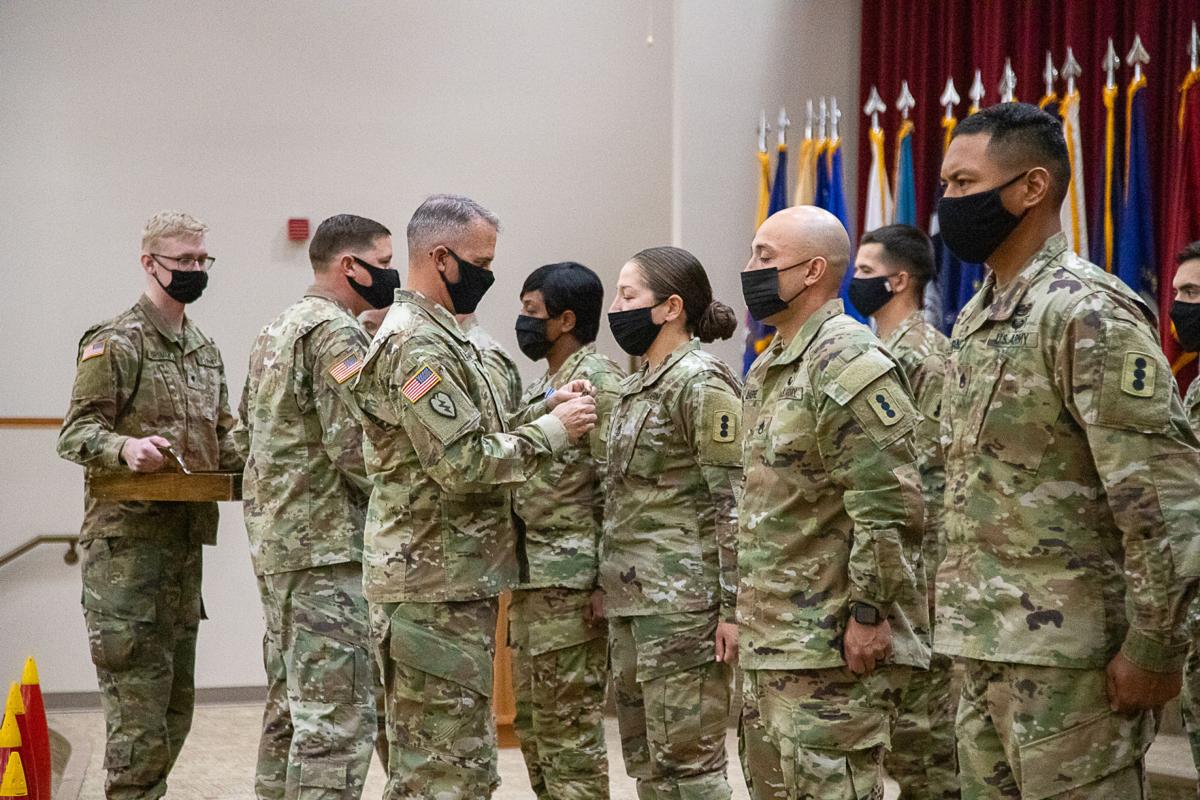 “I know I have a lot more to prove,” said Chapman, who began the competition as a specialist but was promoted to sergeant April 1. “I mean it feels good to win, but I know I’ve got a lot more in the tank and I can give more to show people that I can actually beat people more than what I showed.”

For Loupe, the hardest of the competition was the ruck march. Each competitor must complete a 12-mile ruck march in three hours or less with a 35-pound rucksack and weapon, Loupe said.

“I started cramping up about 9 miles into the ruck march,” Loupe said. “But it was some good competition, they pushed me to excel physically and they were all right there. I’m glad for all the extra (physical training) I did and that actually paid off.”

The competition was made up of eight men and four women representing each battalion in the brigade. Over the course of four days the soldiers ran an Army Combat Fitness Test, demonstrated expertise in various weapons systems, ran 4 miles in the Army combat uniform and navigated the confidence course. In a test of endurance, strength and fortitude, the soldiers also swam 200 meters in uniform with a weapon, followed by weapons zero and stress shoot then both a day and night land navigation course. On top of all that, the soldiers were also quizzed on general Army knowledge by the brigade’s command sergeants major.

“We’ve spent a lot of time trying to level the playing field across genders,” said Command Sgt. Maj. Scott Slater to the 12 competitors. “What we’re trying to do here, we’re trying build personal fitness, cultural values, and more importantly new strides to be better warriors in the brigade. I want to personally thank every one of you for what you do every day because it matters, it really does.”

Brigade Commander Col. Blackmon, reiterated what Slater said and then told the story of a NASA janitor who claimed he helped put men on the moon. Blackmon used the story to emphasize the importance of each soldier in the brigade and the role they play in “turning civilians into soldiers.”

“One of the best ways to achieve excellence is through competition,” Blackmon said. “Competition truly breeds excellence because everybody pushes each other. Just by being there and competing against one another ups the bar and that’s why these competitions are so important.”

The remaining 10 competitors were presented an Army Achievement Medal by Blackmon. Loupe and Chapman will represent their brigade in the Fires Center of Excellence and Fort Sill Best Warrior Competition later this summer where they will compete with representatives from across the post. Those winners will then go on to compete in an Army-wide competition.