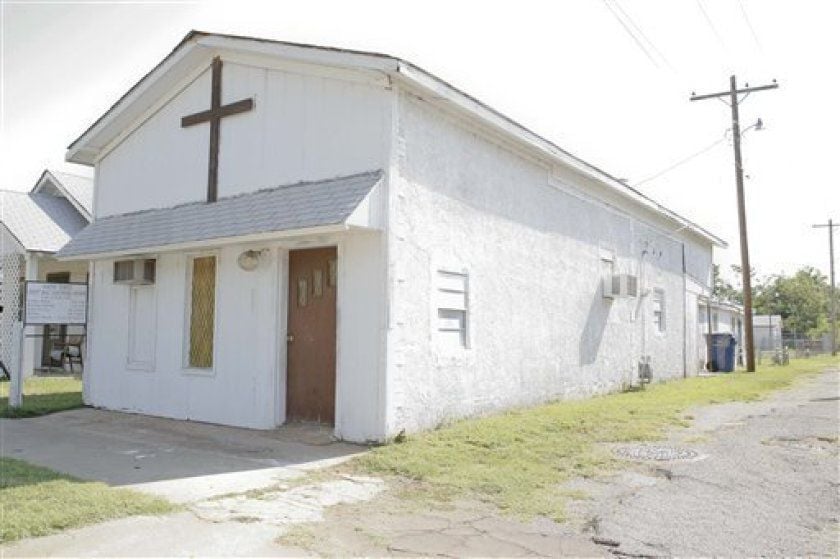 On Aug. 23, 2009, Christ Holy Sanctified Church in Anadarko would be the center of a mystery that continues to haunt Southwest Oklahoma to this day. Months after the murder of the Rev. Carol Daniels, the small spiritual home and crime scene was razed. 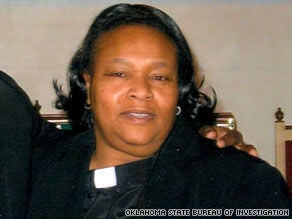 ANADARKO — Eleven years ago, on a summer morning much like this, a vision of hell appeared for Southwest Oklahoma law enforcement.

It was a day where people living in sleepy towns gathered for breakfast with family. Many went to church, as many are today. The sun shined overhead.

But in the dark confines of a small Anadarko church, Pastor Carol Faye Daniels was alone in her spiritual home of Christ Holy Sanctified Church, 305 E. 1st. She awaited any parishioners who could make it for service or, at least, Christian dialogue.

On Aug. 23, 2009, the 61-year-old preacher arrived around 10 a.m. It was something she did faithfully almost every Sunday as she drove from her Oklahoma City home to be there for any of her tiny flock who could attend. Often, she would visit the homes of her primarily elderly flock to share the word and fellowship.

But on this day 11 years ago that all ceased. Daniels never reemerged from her church home alive.

Retired Bishop Silkey Wilson Jr. and his wife came to the front door of the church around 11:40 a.m. in an attempt to visit Daniels. Finding the door locked and receiving no response from knocking, first on the door and then windows, Wilson and his wife walked to the nearby police station a block south.

Shortly after noon, police arrived at the church and gained entry through the locked side door. This is when the nude and desecrated body of Daniels was discovered.

It would prove to be one of the grisliest sights seen by investigators who responded to the horror.

Then-Caddo County District Attorney Bret Burns said the impression he received from the carnage is one he will never forget. He offered an oft-repeated quote about the crime.

“It’s a horrific crime and one of the worst crime scenes that I’ve seen in 20 years,” he said.

Anadarko police found Daniels’ nude body mutilated and posed in what investigators described as a “crucifix position” behind the altar of her Caddo County-church.

On that last Sunday of her life, the killer(s) entered the church and ended Daniels’ life. According to the State Medical Examiner’s report, her hair was singed to the scalp. She received more than 20 cuts to her neck that nearly severed her head. Several more cuts were made to her head, along with 12 stab wounds. She received several more cuts to her chest and back. Her hands were marked by several defensive wounds.

The Anadarko police called in the Oklahoma State Bureau of Investigation to investigate.

Despite the amount of carnage found inside the church, there was little viable evidence. Cleaning agents tainted blood evidence left behind and hindered any sort of DNA testing.

With no immediate witnesses and damaged evidence, one of the most high-profile murders in recent Southwest Oklahoma history went cold. Red herrings led investigators to the discovery of a knife in the drain of a car wash located across the street. It was determined to have not been the murder weapon.

In the years ensuing, investigators have followed many paths in attempt to find closure. Clues and cases across the United States were chased down in hopes of finding a connection. None has officially been found.

Investigators have blamed the influx of media attention following the discovery of Daniels’ body as hindering the immediate investigation. A variety of theories and suspects have emerged in the months and years that followed. At this point, all have led to dead ends.

In Oklahoma and the United States, no forensically similar crimes have been reported since Daniels’ death. Investigators haven’t received a random confession and the case became considered cold.

There was hope in March 2017 when witnesses and information were entered at the Attorney General’s office for a multi-county grand jury probe of the murder. But nothing has come from it.

On the ninth anniversary of the crime, investigators released some new evidence, including a security video from a nearby convenience store. An image of a person dressed in white appeared to run from the church across the street and into oblivion. The image is unintelligible of further detail.

In the months that followed the crime, the structure that once housed Christ Holy Sanctified Church was razed. It too faded into oblivion.

Caddo County District Attorney Jason Hicks inherited the case after defeating Burns in a November 2010 election. It is a case he carries with him to this day.

Investigators agreed that it appeared to be a foiled robbery. Hicks said it’s horrific that this would be the end result.

For a brief time, one witness confirmed the suspicions after claiming to have seen the pair with bloody clothing and a knife that were burned and destroyed. A known drug user, the witness died a few days later from an overdose.

Hicks said both suspects were interviewed but neither confessed. The main suspect died soon after from cancer. She had prior convictions for assault and battery and for distribution of a controlled substance.

Another suspect had been convicted for another crime and was in Lawton Correctional Facility at the time of the 2017 grand jury inquiry. He has a history of violent felony convictions in Caddo, Comanche and Oklahoma counties. He has been free from Oklahoma Department of Corrections’ custody since October 2017.

However, Hicks said the male suspect “offered nothing of value” during interviews with investigators.

Although there may never be formal resolution to this crime, Hicks said it’s as close as can be at this point and time. Short of a confession or unexpected evidence it remains officially “unsolved.”

“I look at it this way, it’s solved but will we ever be able to bring it to justice,” he said. “We solved the case, but did not get to present anything in an open court as the perpetrator died just before we were to begin the grand jury process.”

LAWTON, OK — The Lawton Constitution introduces its new podcast, Redder Dirt: An Ok Crime Cast featuring staff writers Gary Reddin and Scott Rains with a discussion of the 11th anniversary of the Aug. 23, 2009, murder of the Rev. Carol Daniels, 62, while inside her small Anadarko church.